How can I maintain individualism in a collectivist society?

Zan grew up as the child of struggling artists in California. Her parents divorced when she was about seven years old, and soon after her father left for the Pacific Northwest. Over a decade later, she went to Washington for college and reconnected with him. The two of them, along with her stepmother, found the East Wind Community, 1200 acres of land in the Missouri Ozarks dedicated to cooperative living. They were intrigued, believing that communal living had been left in the 1970s. 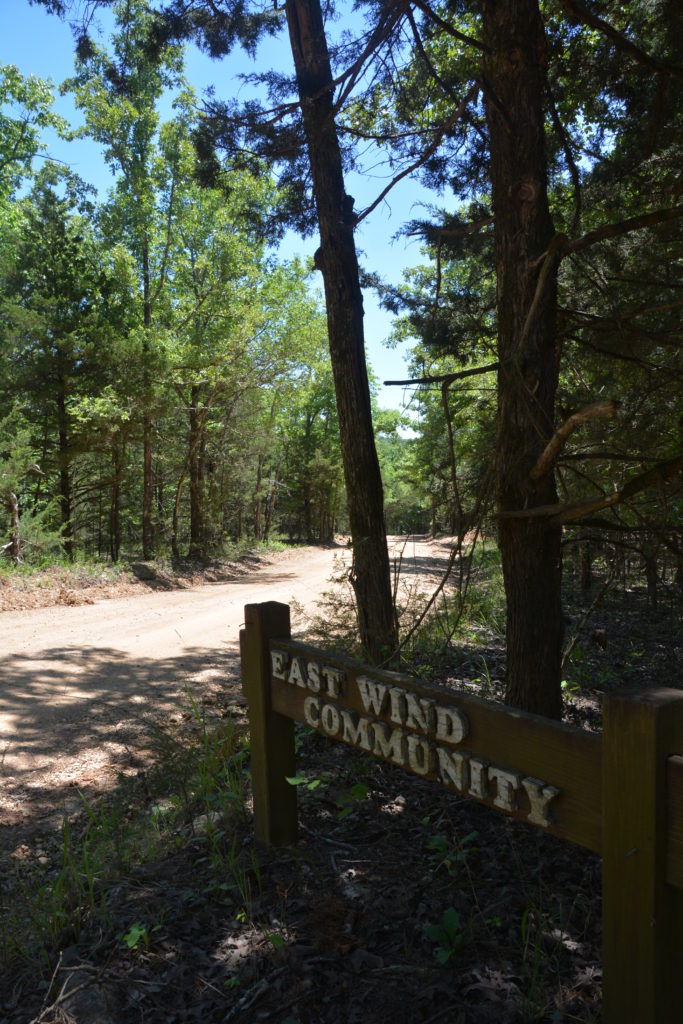 Eleven individuals, part of which had been living in the Twin Oaks Community, started East Wind in 1974. A primary source of the Ozarks’ attractiveness was its cheapness: around $200 an acre of heavily forested land. Initially, they had only a farmhouse, a barn, two outbuildings, and a well, but as membership quickly grew to thirty, building became imperative, constructing dormitories. As membership continued to grow, they bought more land and continued to build on it. Their first industry was making hammocks, but in 1981 they began nut butter production, which remains their most lucrative business. As fewer members worked in hammock manufacturing, they ceased production. They now make rope sandals in the former hammock factory.

Zan and her parents first lived as provisional members, a year-long period during which individuals are expected to contribute to the community through work, building relationships with others, and using their half-vote in the community’s system of participatory democracy. She spent her first few months of provisional membership trying to rebuild her relationship with her father, which worried fellow members because they only saw an eighteen-year-old under the hand of her parents. Many members tried to coax her away from her parents, encouraging her to be independent. Her parents left the community in March and urged Zan to join them, but she stayed. She felt inspired at the potential the community held for her future. She saw not only acres of forestry to run in, but the opportunity to learn how to farm, ranch, cook, and garden, which she felt was more valuable than learning academic subjects.

After a year, Zan was granted full membership, which entitled her to shared ownership of the land, labor, and resources, including any excess profit the community earned from their nut butter and sandal-making companies. 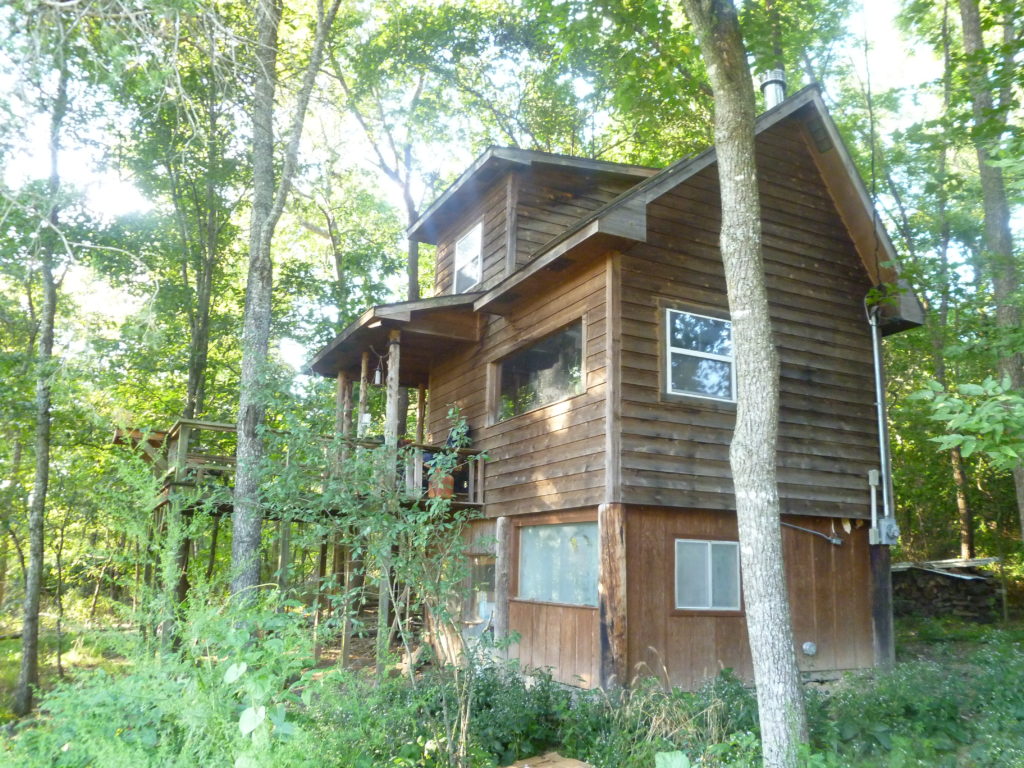 A shot of Rivendale, a personal shelter for residents

Zan had grown up in the back of theaters messing with costumes and made her own clothes as a teenager. She had been teased for her attire, a sign of her single mother’s secretary salary. At East Wind, she spent many of her work hours mending clothes others had worn holes into. She usually felt like a kid at East Wind, running around in the forest with a twelve-year-old. “People were really hesitant to give me any responsibility, so it seemed like sewing was something I could take responsibility for…it felt really empowering to bring a skill that they didn’t have.”

The importance of individual autonomy unites East Wind members. They choose when and where they want to work, as long as thirty-five hours are accurately recorded on a score sheet. East Wind prides itself on being self-sustainable, so many members choose to work in the gardens, which grows fruits, herbs, and vegetables, the ranch, where cattle and poultry are raised, or the lumber mill, which produces wood that helps to heat the community in the winter months. During Zan’s stay, the community had recently bought two calves as an investment into the ranching program. After her initial interest in sewing, she worked to raise them.

Zan left for nine months following the death of a fellow member. She attended a semester of junior college, but found it difficult to socialize outside of East Wind, and only cared about her art classes. She returned to East Wind, and devoted herself to taking on more responsibility. She helped to raise goats that had been purchased while she was away, an expansion on their budding ranching program. As leader of the dinner shift, she would look at the available ingredients, create a menu, and begin to prepare and cook the food, with the help of anyone who wanted to. 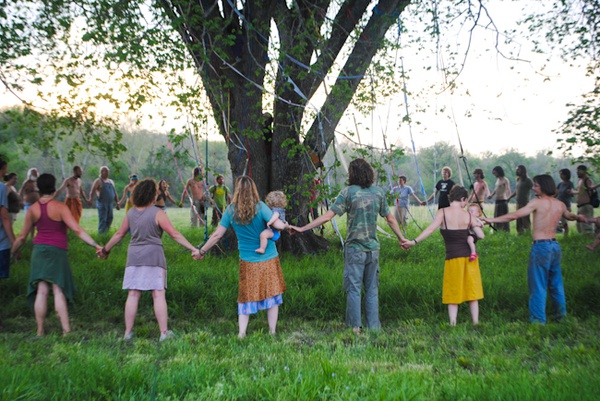 A photo of the East Wind Community gathered around a tree

Zan began to experience what many East Winders call the burnout cycle. She recounts a mantra, “We can’t have nice things,” which was recited anytime a member would propose a method to improve conditions, specifically if it included any new rules or regulations. It was an argument against change, to keep things functioning as they always had. She felt frustrated, as many who see the potential of the community do, by the pushback from those whose goal was to avoid responsibility. Towards the end of her time at East Wind, the ranch budget was slashed, and she was working forty hours a week as the sole caretaker of the goats. Increasingly, she felt disrespected and isolated from other members, heightened when she decided she didn’t want to partake in drugs or alcohol anymore.

Recently, the community has faced difficulty with members working in some necessary but undesirable locations, so they’ve begun to assign “hard to assign” labor duties, two hours weekly of kitchen and dining hall cleaning tasks. Additionally, because of how important their income-generating labor is to their sufficiency, members are expected to work at least four but no more than eight hours in those areas. These requirements are new, an indicator that a utopia where all individual desire will equal community need is impossible. Individuals, though still valuing their autonomy, must give up part of it in order to benefit the community as a whole.

Zan eventually left, as members are free to do anytime. Some retain their membership, but work outside of the community. She returned as a visitor, where she worked, leading yoga classes, and socialized in the community. When she lived there, she felt so much pressure around working that disappeared as a visitor. She had somewhere to go when she left, so she felt more independent. She was removed just far enough to feel comfortable. She met her future husband on that visit, and they later married at East Wind, though neither were full members, because she holds East Wind in her mind as the place where she grew up, a place rich with both good and bad memories. Despite her frustrations, she credits East Wind with giving her the knowledge to be able to be a successful adult, a place where she was able to foster her individualism with community in mind.