Community in New Orleans is getting artists through this time

Community is culture in New Orleans. The city’s essence comes from the relationships built between artists and the creative community, which functions through something lacking right now: human interaction.

The pandemic’s uncertainty hit artists hard, waking them up to this new reality and implementing in their minds the rapid need for a plan B. Employment gaps are foreseeable for artists like Ann Glaviano and Caroline Thomas, who rely on networks of people for their work to thrive. COVID-19 has stripped away the connections and relationships that keep the culture alive, but New Orleans is strong and so are its people. A mutualistic, unified abundance of creative workers has gifted the community all along. Now, the community is giving back. 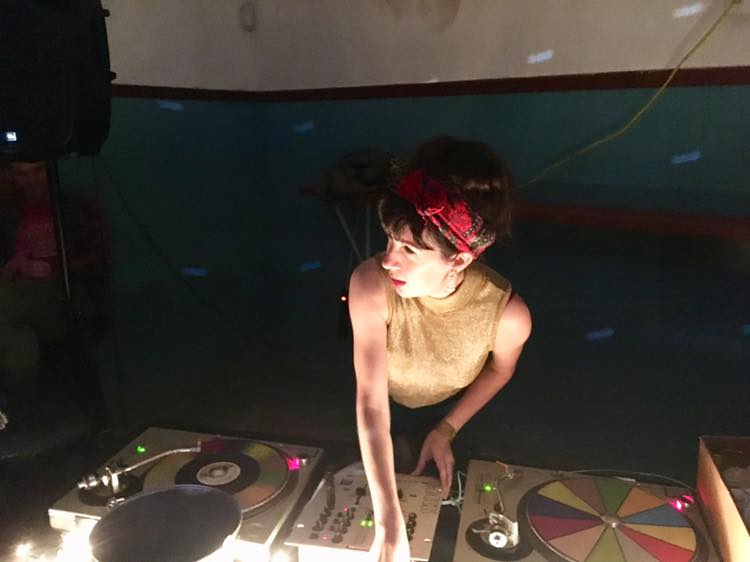 Ann Glaviano is a creative with many roles. She is a DJ, a writer, and a dancer in New Orleans. (Photo by: Greg Dorado)

Ann Glaviano wears several hats; in addition to writing and dancing, her role as a DJ produces about ⅓ of her income. That money is lost right now, and the day she can perform again is up in the air. With no end in sight, Ann posted some free playlists for her community to enjoy safely at home. She received some tip payments for it, and Ann felt that act was “really generous… [it’s] what saved me. It’s just community.” She has been able to overcome pandemic obstacles through her loyal fans holding her up and the help of foundations like Jazz and Heritage, which funded her last dance show. This support doesn’t come even a little close to covering the whole of what she’s losing; yet, Ann recognizes the loyalty in the New Orleans community. The people who have cheered her on for the last 6 years as a DJ are the same people showing up now, supporting her in this crisis.

Ann’s art-making often operates within a gift economy, where “it’s all about relationship building,” she said. She does all her work with intention, and she’s proud to share it with others. “It’s like, the thing I’m good for… the thing I was put on Earth to do,” Ann explained. People recognize the passion in her work, and the community is silently holding her hand and giving back.

Caroline Thomas also recognizes the crucial role of community in her art. She works in Carnival mostly — in addition to making costumes, headpieces, and picking up other freelance artist jobs along the way. In evaluating her art, Caroline wonders what meaning she puts forth in the world, so she looks towards the creative community and the general community of New Orleanians, who bring her art to life. She recognizes the city’s culture as one strongly built upon an abundance of creativity, and takes this into consideration while working for and observing the treasured Carnival season. 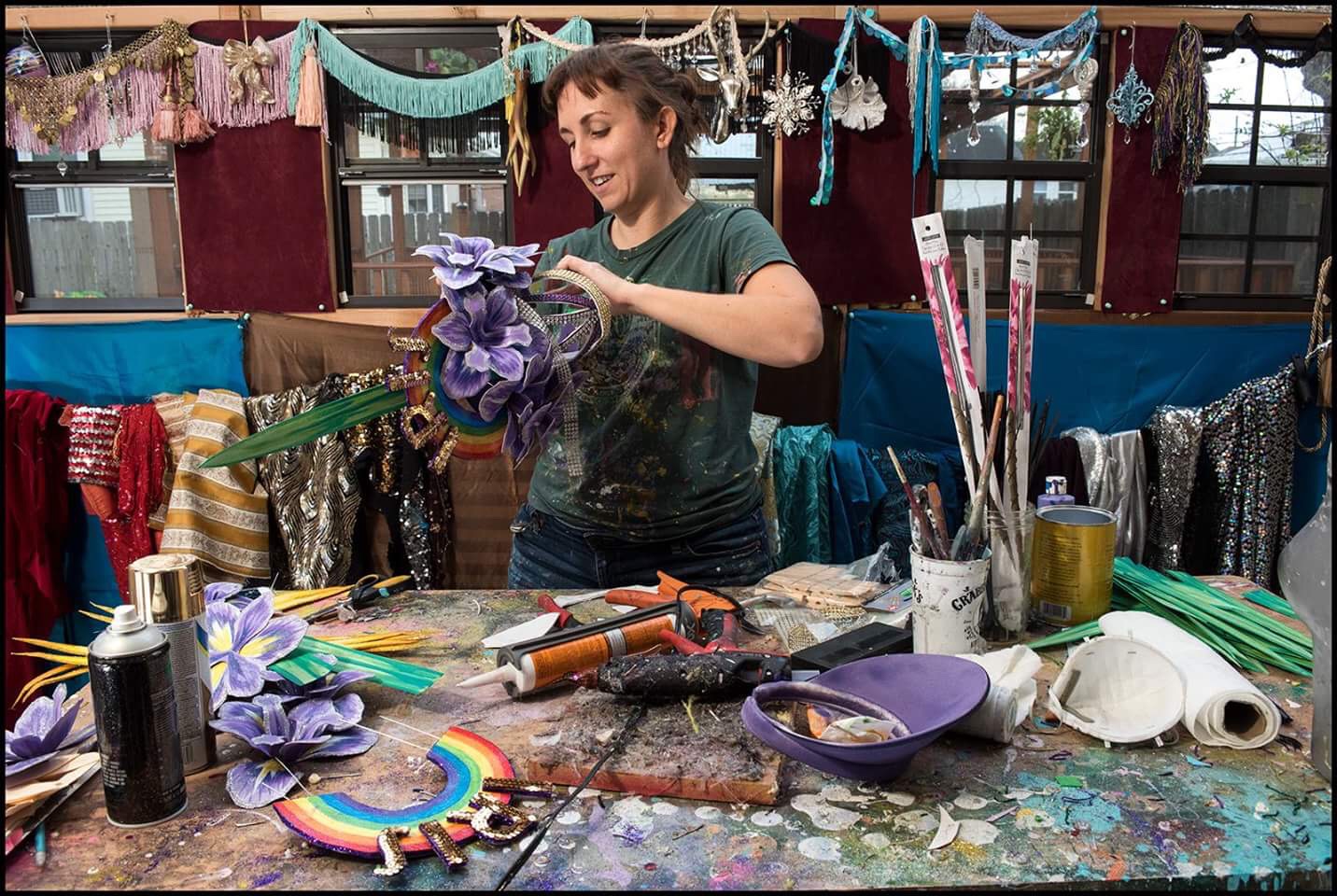 Caroline Thomas is a New Orleans artist with a heavier focus working in Carnival. She makes costumes and headpieces, designs parade floats, and picks up other freelance artist jobs along the way. (Photo by: Ryan Hodgson-Rigsbee)

“One of the reasons that New Orleans is such a good incubation for artists is that there are so many creative people here, and even… ordinary folks, their day job is just working in an office or whatever, will have this incredible second life as a creative,” Caroline admired. Community is necessary to the survival of her work and the preservation of New Orleans culture. Observing ordinary people, dressed in her intricate, seemingly-effortless headpieces at a Mardi Gras parade, allows her to peer into the way she influences the city and its community as an artist. “The most telling feedback for me is just walking around during carnival season and seeing who’s wearing my work, how they’re wearing it and kind of understanding how people are actually using it out in the real world,” Caroline explained.

Fortunately for Caroline, she’s been able to work on float designs during COVID-19. Nonetheless, she is certainly facing some lost opportunities and grappling with unsettling emotions of this atypical lifestyle. “I’ve always had the luxury with Mardi Gras… that is something that is steady work… [usually] I take on odd jobs to supplement that, and I might have to rely more on those odd jobs,” Caroline expressed, reflecting on what this situation means economically for her.

Ann and Caroline know there is a need for art right now. It is much more than a simple desire to look at a pretty picture or listen to a DJ set at a dance party. Rather, an entire culture built on community and creatives is depending on the mutualistic atmosphere to make it through to the other side. This foundation of community is what will reassure artists like Ann and Caroline that, even in times where they can’t think straight, their art will see the light of day and the gift will be returned.

A Halloween ghost story
Creative Writing
We use cookies to ensure that we give you the best experience on our website. If you continue to use this site we will assume that you are happy with it.Ok