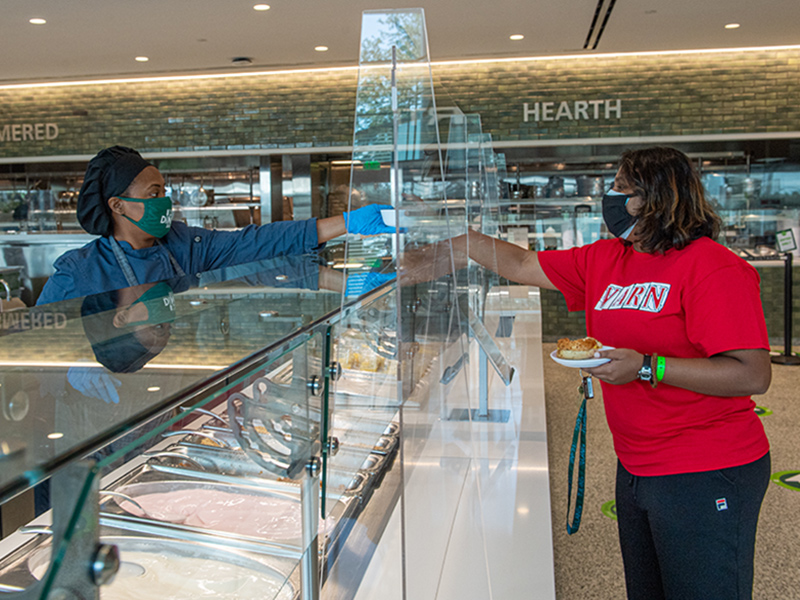 In response to the 2020 lockdowns, Pruett-Jones,* a New Orleans–based boutique hospitality company, saw the pause in operations during the Covid-19 pandemic as an opportunity to rectify its compensation inequalities. Data from Restaurant Opportunities Centers United indicates that low-level white restaurant employees, specifically white men, earn 56 percent more than their non-white counterparts. This disparity is attributable to the formers’ disproportionate representation in higher-paying front-of-the-house roles—customer-facing jobs such as servers or bartenders. In contrast, non-white employees are concentrated in lower-paying, back-of-the-house positions—kitchen jobs such as dishwashers, bussers, or line cooks.

Beyond the endemic racial and gender wage disparities, compensation in the restaurant industry is far lower than that in other sectors. A 2014 report from the Economic Policy Institute revealed that the median hourly wage in restaurants is $10 per hour (including tips), $8 less than the median hourly wage in other industries. Furthermore, whereas 48.7 of employees in other sectors receive employer-sponsored health insurance benefits, only 14.4 percent of 11.6 million restaurant employees receive such benefits.

Scott Pruett,* the 44-year-old CEO and creative director of Pruett-Jones, was acutely aware of these industry inequalities. Scott described the frenetic pre-pandemic pace of managing several restaurants as “a freight train moving 100 miles per hour”, which had inhibited his ability to develop and implement new operating procedures.

Before COVID-19, Pruett-Jones paid its employees industry-standard rates for their respective roles: Servers made $2.14 per hour plus tips; bartenders made $5 per hour plus tips; and back of the house labor made a flat, tenure-dependent $11 to $15 per hour. In the intervening months between the lockdowns and the reopening of his restaurants, Scott and his leadership team completely revamped Pruett-Jones’ compensation structure to reconcile pay inequalities.

Other restaurant managers had told Scott they believed increasing labor expenditures was “radical and would never work.” Pruett-Jones, however, has fared well despite external obstacles. In 2021, the company took in 60 percent of its 2019 revenue. Scott maintained that the lower revenue had less to do with Pruett-Jones’ higher labor costs and more to do with supply-chain bottlenecks, the reduction of demand for restaurant services due to COVID variants, and the prolonged impact of Hurricane Ida on the area.

It will take at least several years to determine the long-term profitability of Pruett-Jones’ business model, but initial results are promising. If the company’s model proves successful, restaurants might begin to improve working conditions for their employees. Prospective employees, after all, are far more likely to choose a company that offers higher pay and more benefits than one that doesn’t.

Were such a model to become more standard within the industry, other restaurants perhaps would have no choice but to adapt to stay competitive. If nothing else, at least the blueprint for a better world exists.

*Editor’s note: Information regarding the people and company discussed in this article was collected for an academic study conducted through Tulane University regarding ways that COVID-19 affected creative industries. Per the study’s confidentiality agreement, all names have been changed (indicated with a *) to protect the identity of the subjects.