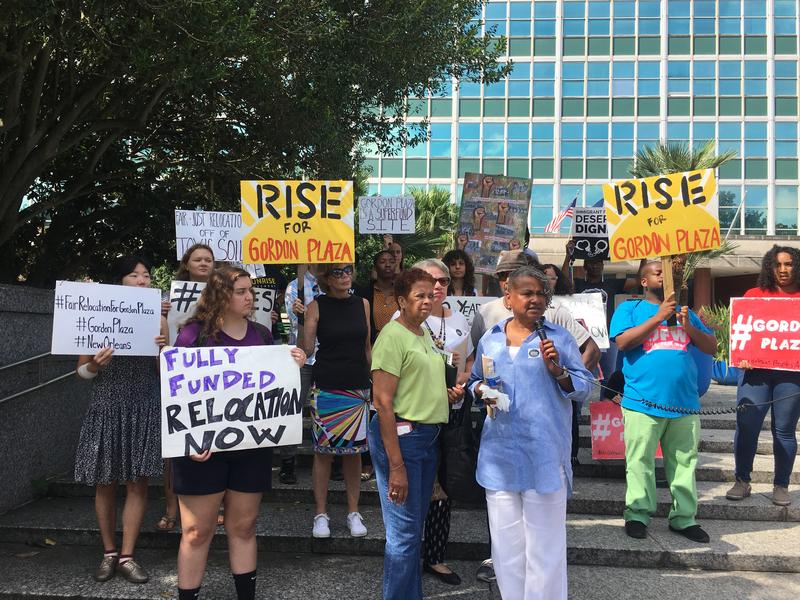 Residents and advocates gathered outside City Hall on Thursday after meeting with Mayor LaToya Cantrell.
(Photo from: Tegan Wendland’s coverage for WWNO)

“Nobody gives a damn about us.” -Sheena Dedmond (Resident of Gordon Plaza)

For thirty years, the city of New Orleans has refused to listen to the dire voices of Gordon Plaza. In the 1980s, Gordon Plaza residents purchased homes built by the city of New Orleans that, unbenounced to the buyers, sat atop a toxic landfill. Deemed a superfund site by the EPA, the carcinogenic land is killing these residents. They have been relentlessly fighting for a fully funded relocation, but the city refuses to compensate them. In 2019, the residents won $14 million in a lawsuit against the city, but they haven’t received any money because of government loopholes. In the meantime, people are dying.

What was marketed to be affordable housing for lower-income black families turned out to be a government scam. Without the money to buy new homes, no one to buy toxic properties, and no accountability from the city, these residents are stuck. As resident Shannon Rainey explains, “We like Alcatraz, we’re just here. If we go one way, it’s toxic. If we go the other way it’s toxic.” 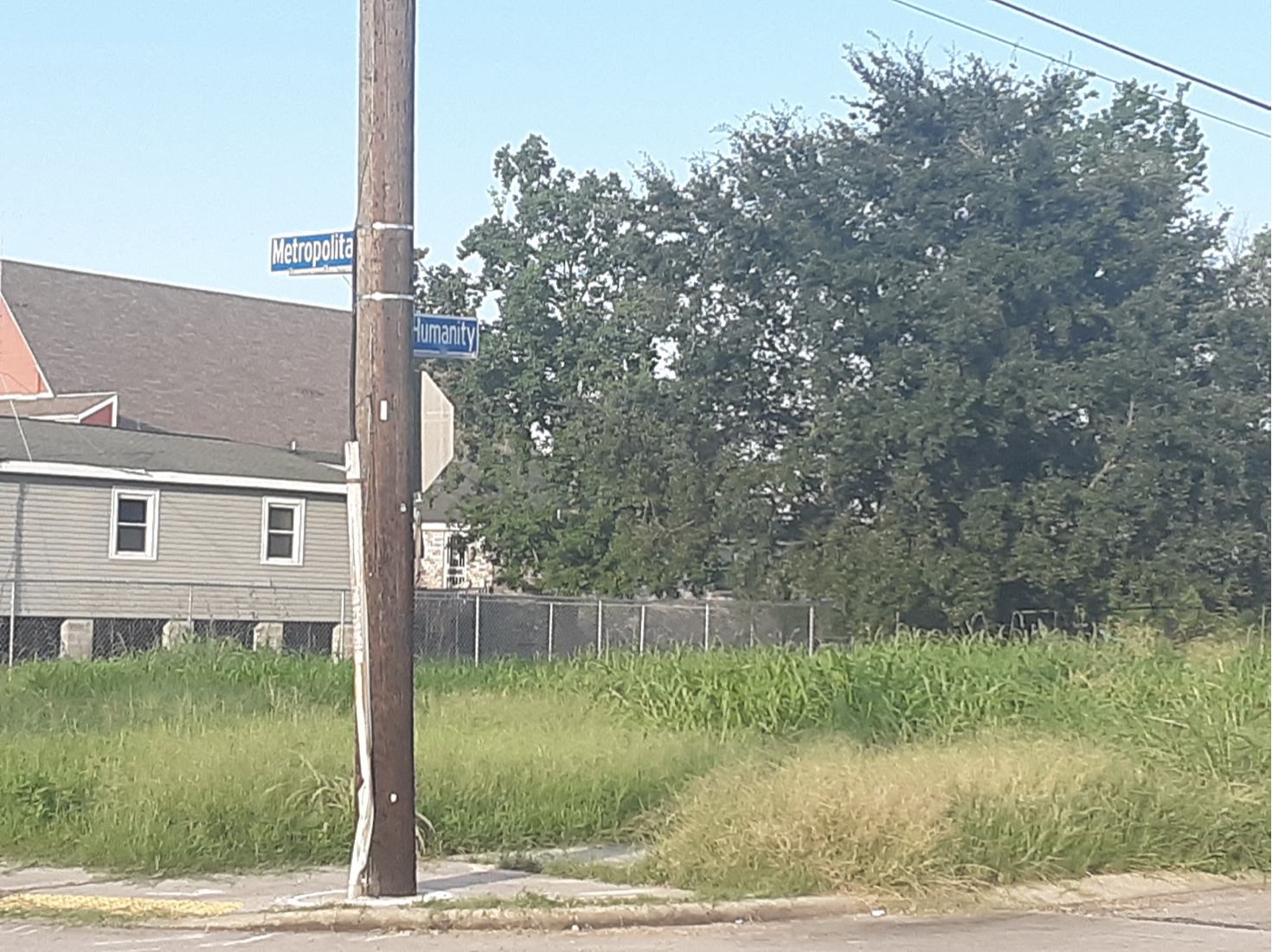 The mental and physical traumas of living on a Superfund site are difficult enough, but when your city turns a blind eye, it’s dehumanizing. Resident Janice Stemly feels forgotten by her own city: “a lot of people don’t even know we exist in this area. I’m ashamed of it.” As resident Ms. Mariyln explains, “[Gordon Plaza is] the American dream turned into the American nightmare. We’ve gone through six mayors and it seems like none of these mayors are recognizing the wrong that the city has done to us.” According to Ms. Marilyn, the government could have relocated all the residents with the money they spent on the attempted cleanup in 2001. So if they have the money for fully funded relocation, what’s holding them back?

Among the residents, there’s an understanding that the government has abandoned their role as a public servant in order to join elite social circles and advance personal causes. The host of the September rally at Gordon Plaza reminds the audience that the city is not on their side. He explains that  while the city will hunt you down to make sure you pay a $75 parking ticket, they won’t give the residents the money that they won in court. He believes this lack of accountability is the product of a corrupt political system:

“So now, you have people all over New Orleans [who] are not holding their politicians accountable because they want to make sure they get an invitation to the party. You know, these are your elites, so to speak…So how do you hold them accountable if you’re treating them like a celebrity or someone who should be admired?”

For many Gordon Plaza residents, the current mayor of New Orleans, LaToya Cantrell, is yet another untrustworthy politician. On her campaign trail, she voiced her support for the fully funded relocation of Gordon Plaza residents, but she has made little progress during time in office. Her only attempts at helping the residents have been vain in intention. For instance, after years of requests for the city to remove the dilapidated buildings at Gordon Plaza, demolition crews arrived just two weeks prior to a scheduled rally. When the cameras arrive, the money suddenly appears. As New Orleans People’s Assembly member Antranette states, “they like to put lipstick on a pig at the mayor’s office.” 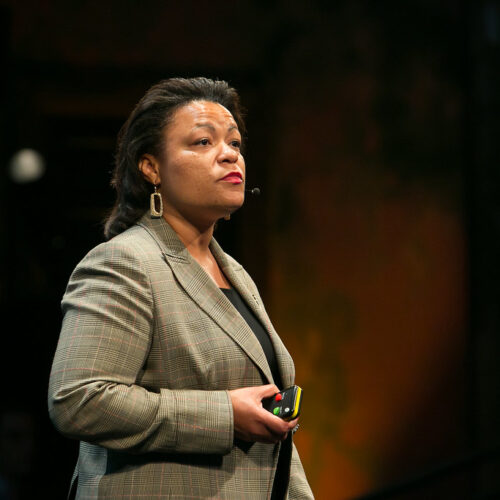 Many residents have pointed out the irony of Cantrell, explaining how she used them to get into office and then completely disregarded them. Antranette notes how Cantrell is proud to be the first black female mayor of New Orleans but has failed to support the black community:

In a recent Facebook post, the People’s Assembly expressed their frustrations over the lack of accountability that has allowed the Gordon Plaza residents to suffer for so many years:

“Promises are made on the campaign trail, and made again when profits might be threatened. However, the people cannot live safely, healthily and whole on promises. Action in the interest of Black working class people (not the elite) is needed to change the material conditions of oppressed peoples lives. This is a pursuit for self-determination, toward liberation.”

If politicians get more attention for their attempted public relations than for their impact in their communities, there’s a major leadership issue.

Resident Sheena Dedmond’s question to Cantrell is simple: “What is it going to take? Just tell us, tell us. Let us know. Simple. Is it going to take more lives?” This question has been left unanswered for thirty years. As the New Orleans People’s Assembly demands, “We don’t want words from these elected officials. We need action that demonstrates Black Lives Matter.”

This article is part of the “Do Better” series written for the Alternative Journalism class at Tulane University that is taught by Kelley Crawford.

Roller skating as A political activity
Art and media