Editor’s Note: August 29 is a date we in New Orleans never forget. The malfunctions following Hurricane Katrina devastated New Orleans and changed all of our lives; yet, our community came together and rebuilt, against all odds. The spirit of New Orleans is not something you can sink easily, and when loss happens, it cuts deep, such as when we lost Charity Hospital. Yet, its closing is not for the reasons we see in mainstream media; here’s the story from those who lived it. This piece was written under the guidance of Professor Kelley Crawford at Tulane University for her Alternative Journalism course. 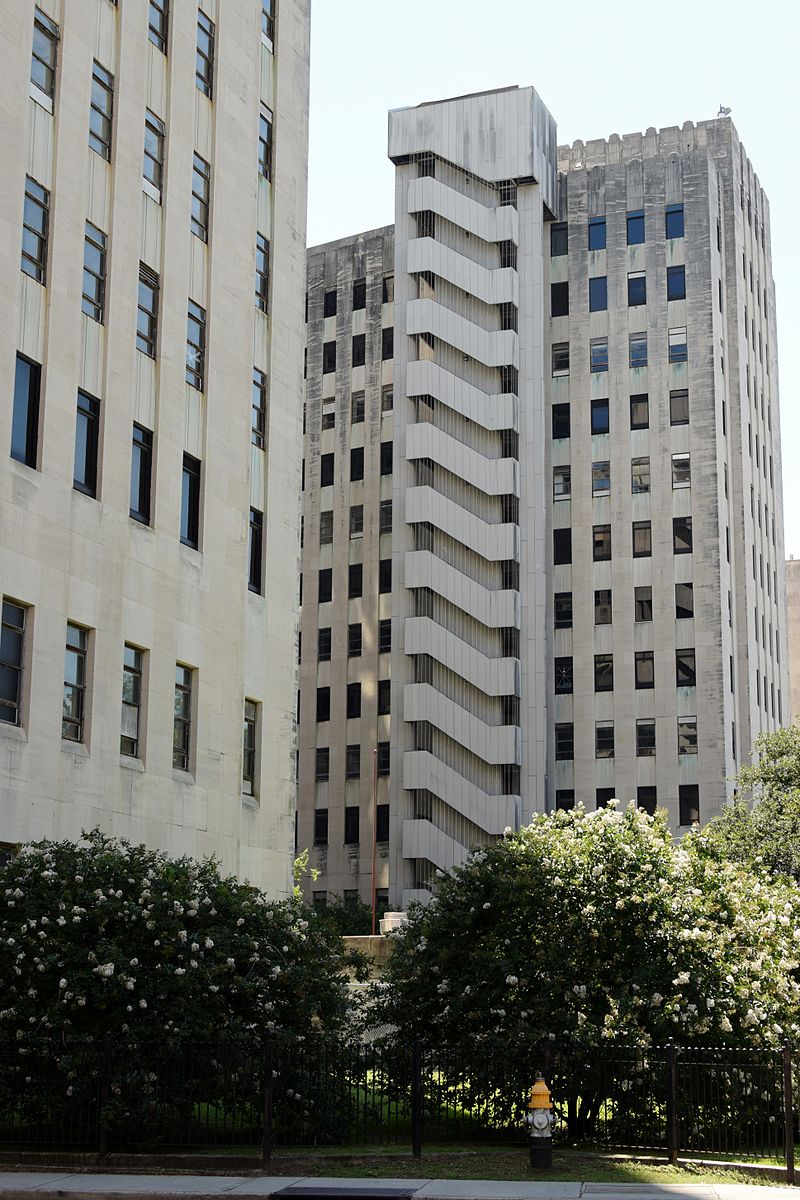 “It’s here, but it’s an empty house. Mother is still there but her children aren’t. To me it’s like sacred ground.” -Henriette Walton-Nunez, ICU Nurse Supervisor, Charity Hospital

Although Charity Hospital had stood the test of time, Hurricane Katrina’s breaching of the levees proved to be the catalyst in the closing of the second oldest continuously operated public hospital in the United States. The storm brought catastrophic consequences, rendering the hospital incapable of treating its patients due to a total loss of electricity, medical equipment, and major flooding. However, soon after the flooding and the storm, work had already begun to restore the hospital to conditions acceptable to treat patients once again. The public hospital was ready to open its doors.

Instead, the doors to the hospital were boarded up as officials declared Charity Hospital unsuitable to continue operations. Although Charity was 50% operational, including capability for lights and air conditioning, a decision had been predetermined to close the hospital for good.

While the outer structure of Charity Hospital remains intact just off I-10, its loose, untamed shrubs and darkening, dirty grey frame loom eerily in the downtown skyline. Although the building is still physically existent, Charity’s motto is no longer alive. There are no more patients being cared for. 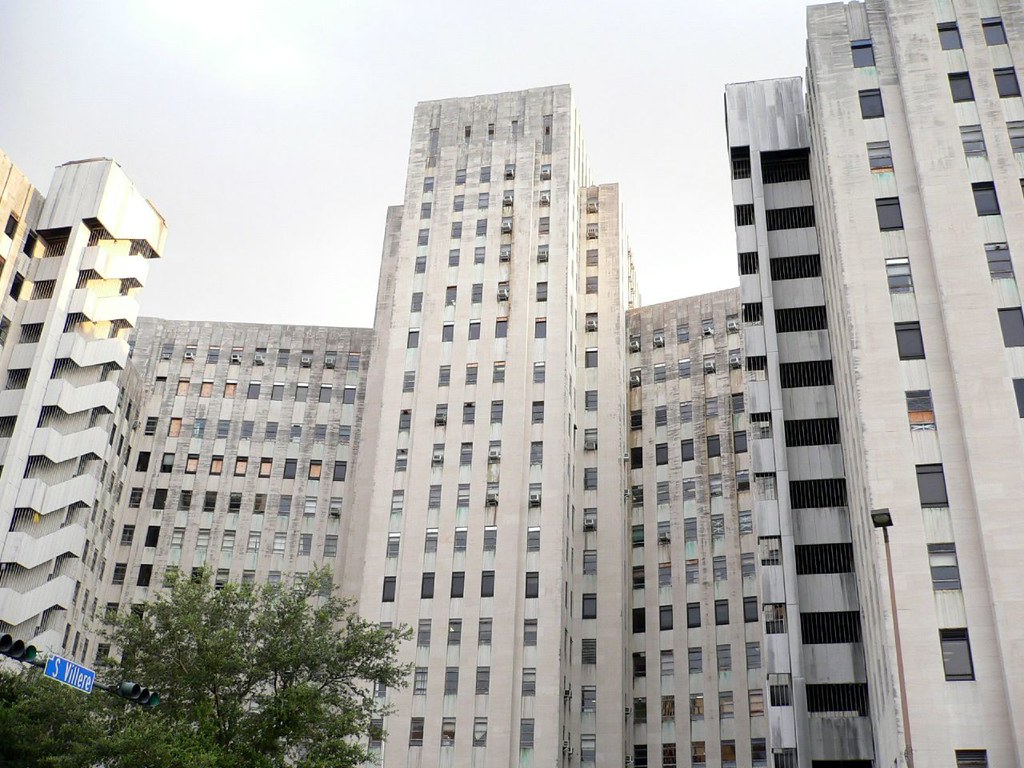 This raises some questions: Why shut down what can still be salvaged? Why take away more from people that have already lost so much? What truly went on behind the scenes?

For answers, we need to turn to history.

The roots of Charity Hospital’s status in New Orleans’ culture dig all the way back to 1736 at its inception. The hospital was funded by Jean Louis, a French sailor whose will and testament wished to build a hospital for the indigent of the colony. From that point forward, the mission of Charity Hospital was clear: to provide healthcare to all, regardless of whether patients had the means to afford it.

In declaring its mission, Charity would establish a community over the centuries to come, lending a hand to those who had been pushed to the rear, forgotten and discarded by their own homeland. Throughout its tenure, Charity took in only a miniscule percentage of patients that had private health insurance (2.6%), as well as being the only comprehensive acute hospital to admit African Americans in Louisiana during Jim Crow segregation and throughout the civil rights movement.

Charity was steadfast in standing by its mission, forging a bond with the community so strong that it was ingrained in the identity of the city itself. Sergeant John Johnson of the National Guard recalls, “If there was something to be called your Mother, it was Charity Hospital.” 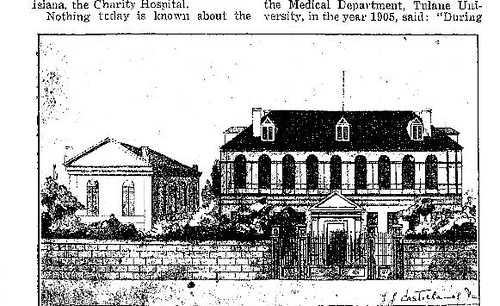 Whether it’s Jazzfest, a mid-April crawfish boil, or a Sunday Saints game, family, community, and togetherness is the identity and lifeblood of New Orleans. Once you’ve become part of the city’s tradition, our citizens hold onto you for life.

Yet, life for Charity was cut short, gone was the healthcare system that provided salvation for so many, as well as the spirit of an incredibly loyal community that had prevailed through countless moments of adversity.

Left in its place is LSU’s ‘University Medical Center’, a revamped, state of the art public/private healthcare system. Certainly, UMC provides more than sufficient healthcare to the state of Louisiana, with world class doctors, facilities, and equipment. Yet, the mission and goals of Charity, in addition to those being cared for has completely changed. Rather than having a primary focus on indigent patients, UMC aims to provide care for a split-patient base of both insurance and non-insurance holders. The entire identity of the hospital is foreign, the spirit of Charity just another thing swept away by the wake of Katrina.

The storm was incredibly ideal to leave Charity behind without any questions asked and served as the primary scapegoat for city officials who were pushing for a major change in the state’s healthcare system. This, combined with the $474.8 million federal payout — one of the largest in state history — made the economic incentives too much to pass up on. What was once tradition in New Orleans culture, ingrained in the fabric of the city’s livelihood, was gone in an instant, and at the end of the day it was down to one thing: money. Not factored into the city’s equation was the lives and the community that would be lost to gain a shiny new toy.

John Kennedy, former Louisiana State Treasurer later reflected “a decision had been made not on the basis of healthcare, but on the basis of other considerations. One of the officials told me that if we reopen Charity Hospital, we may never get a new hospital. That’s not a legitimate consideration, not when you have people that need healthcare.”

Dr. James Moises, an Emergency Physician previously working at Charity sufficed, “it clearly came down to money and economic development over the mission of Charity Hospital. They were willing to sacrifice our community and let people die all for their new hospital. And that’s just unconscionable.”

Although Kennedy and Moises work in two different sectors, they both come to the same disturbing conclusion  regarding Charity’s closure: money was more important than the health of the state’s own citizens.

Although Big Charity physically survived one of North America’s biggest natural disasters, it could not survive the greed of city officials nor the prospects of the economic incentives that a brand new hospital would provide. Self-interest of the officials ruled the day, and by ignoring the needs of the community those in power were able to better serve themselves. Ultimately, politics and payouts were the deciding factors, and as much as the decision makers can be faulted, the history of this country has shown that these motivations have always been too persuasive to pass up on.

As humans, our motivations dictate our decision-making process. Although we can never know the full truth behind the city’s decision to shut down Charity, understanding the motivations and incentives behind the move to a new hospital can make sense of things and help to provide clarity. Hopefully, for some, truth can provide closure as well.

By remembering Charity rather than leaving it in the past, we can continue to do our part in pushing forward the mission that it unintentionally set forth: to never leave a member of your community behind.