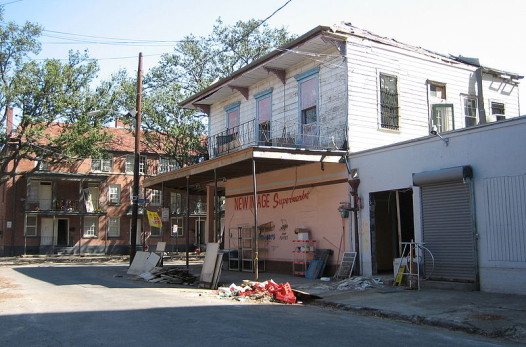 In elementary school, the separation between “deserts” and “desserts” is made clear; in New Orleans, the distinction is not so obvious. That is, of course, when “deserts” refer to food deserts, areas replete with convenience stores, stocked with nutritionally poor food options such as cookies, chips, and instant noodles, and devoid of grocery stores or access to fresh produce within the nearest square mile. From gumbo to oysters to poboys to pralines to snoballs, New Orleans is a city globally renowned for its cuisine. Paradoxically, it is also a city known for its food desserts.

Amid the COVID-19 pandemic and despite government efforts to boost SNAP and other safety net programs, food insecurity has increased dramatically. Rising levels of food insecurity highlight holes in America’s economic safety net and a need for further action and efforts to combat this growing problem. A lack of action to combat food insecurity marks a serious injustice against predominantly low-income and BIPOC communities, such as the Lower Ninth Ward, which have been among the hardest hit by the COVID-19 pandemic.

The average New Orleanian is not going to implement a policy change that will solve food insecurity. Nonetheless, some New Orleanians have taken the Crescent City’s food insecurity crisis into their own hands building access to affordable and accessible fresh food options. The upcoming series of articles titled, “Fewer Desserts and Deserts: Fighting Food Insecurity,” curated by Erica Casareno as part of the Newcomb Institute’s Digital Research Internship highlights some local efforts to reduce food insecurity.

An oasis in a food desert – Via Nola Vie
Recent Posts on ViaNolaVie
Donate to ViaNolaVie!     GIVE BACK TO THE NEW ORLEANS PUBLICATION THAT’S ALWAYS GIVING!  ViaNolaVie,...