Life Quest(ions): How can theatrical art aid in self-discovery

Like any other student, one afternoon the transgender teenager Michael Critchfield was going to use the bathroom at West Virginia High School before leaving with the band for a field trip. Only footsteps behind him followed the assistant principal, Lee Livengood. Upon entering the bathroom, Livengood ordered the student to prove his gender by using a urinal, and declaring, “You freak me out.” Moreover, Critchfield was “held against his will by a man twice his size… in a position of authority, who was screaming at him and demanding he expose himself.” The large, powerful figure loomed above him, blocking the doorway and shouting offensive words. Michael was only fifteen at the time this occurred.

Scene from the play Paris is Missing:

She’s the vivacious queen of New Orleans, but where is she? On May 19th at the Dillard’s Cook Theatre, the theatrical premiere of Paris is Missing went live. The production reveals the story of a community of young people betrayed by an unsupportive system, who must come together to find their missing friend; a transgender performer named Paris.

Poster for play Paris is Missing (Photo from LOUD Facebook)

The yellow light filled the stage, as the young actors appeared amidst the darkness. A sense of fear and panic filled the room, as Paris had gone missing. The group of friends huddled in a circle, their mouths curving downwards, and their eye-brows a slant. “What will we do now? Why won’t they help us?” Moments later, their eyebrows furrowed upward, and their mouths scrunched together. They would put their heads together to work as a team.

While knowing that at least 22 trans and gender non-conforming people were killed in 2019,  91% of whom were trans women of color, the New Orleans Youth Queer Theatre group, LOUD!, developed their play to call attention to this phenomena. According to a youth member of the organization, Betty declared that “people need to know what is going on, and if people are ignorant then the problem can’t be solved.” In Louisiana public schools, “77 percent [of students] reported regularly hearing negative remarks about transgender people” and “67 percent experienced verbal harassment at school based on gender expression.” With distress around gender occurring at such a young age,  Betty and Kyran, both youth members of the group, affirmed their viewers on Facebook that “LOUD means community to me, and building art together,” and that “LOUD to me is a safe space.” Through performative art, the community at LOUD allows its queer and trans youth a yearly opportunity to write independently, with support from staff, to be the stars in their own theatrical performances made “by and for their community.”

Once the students are all together, this is where the magic takes place. Upon arriving at the First Unitarian Universalist Church of New Orleans, the jittery nerves ran through the new LOUD member’s body while fixing their hair and swinging their arms as they made their way through the front door. Thirty minutes after arriving, the students heard, “Okay! Everyone split up into groups of four, and get real close!” “I want you to discuss how you relate to the on-going violence against the queer and trans community, and what this means to you. Try to be specific!” exclaimed Wendy Moore-O’Neil. Wendy Moore-O’Neil, “cultural worker, activist, facilitator, educator and founder of Jaliyah Consulting,” uses spiritually grounded practices, art, and story circles in order to facilitate honest conversation.

With the clap of her hands, the students gathered into groups. Their arms leaned on the front of their knees as their shoulders hunched over, eyes gazing at each other. Eyebrows were raised, mouths left aghast, and heads shook in disappointment. Wendy strolled through the open room, as to not disrupt any dialogue. She listened with attentive eyes and open ears. Being the facilitator, and not the leader of the conversation, Wendy would grab a chair and contribute her genuineness only when a student gestured her to join the conversation. This continued on for the next hour. 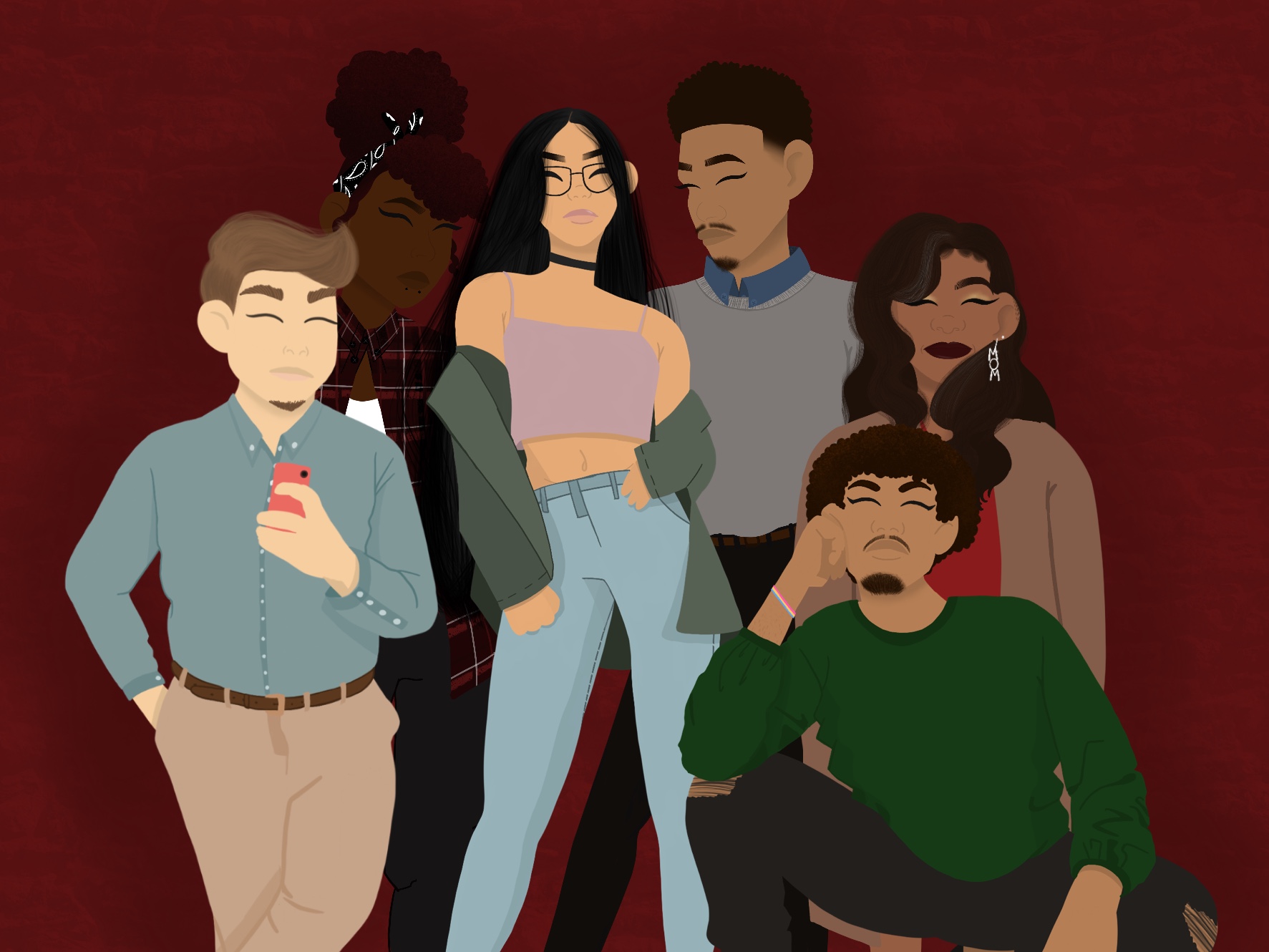 What then constitutes a safe space? According to Youth Power, a safe space establishes a sphere where youth members “can come together, engage in activities related to their diverse needs and interests, participate in decision making processes and freely express themselves.” It also ensures that the spaces are “inclusive, [with] youth from diverse backgrounds.” LOUD specifically aims to foster this form of a safe space, by way of  “finding the power in the performance(s) of [their] queerness” by exploring fluid performances of various identities to discover their own passionate voice and unique power within theatre. Through the workshops, LOUD had made “crucial steps towards ensemble building and material creation.”

The community acknowledges that it is time to get loud about solidarity, undoing racism, devised theatre and youth leadership. From writing their own plays, to creating an intersectional analysis of oppression, the LGBTQIA community at LOUD builds a safe space while telling their personal stories through performative art. Youth member of LOUD, Nicky, attests that “LOUD is where I learned you can change people, and teach things, and transform people through art.”

The lights dimmed to a relaxed shade of yellow, as the thumping of the bass filled the room. The speakers pulsed on each beat, as Sidney Monroe bopped his way through the crowd, fist-bumping and smiling at the students. Sidney, “a community-based theatre artist whose work is situated at the intersections of race, gender and class,” holds hip-hop workshops like these while using performance as a way to build inclusive communities within theatre. This workshop, Nasty White folks, was a theatrical project exploring the performance of cleanliness and the privilege to be filthy. Participants were invited to show off their moves without judgement. At the two hour long event, the LOUD community flowed with the music, keeping their chests high and their moves anything but low. The youth’s teeth gleamed white under the light, as they looked at each other with mouths curved upwards and squinting eyes. He allowed the students to flow with the music, as he began mimicking their movements. The feet colliding with the hard floor shook the Church, as the excitement and energy bounced off the walls. This is what it felt to be alive; utterly, and unapologetically, one’s self. 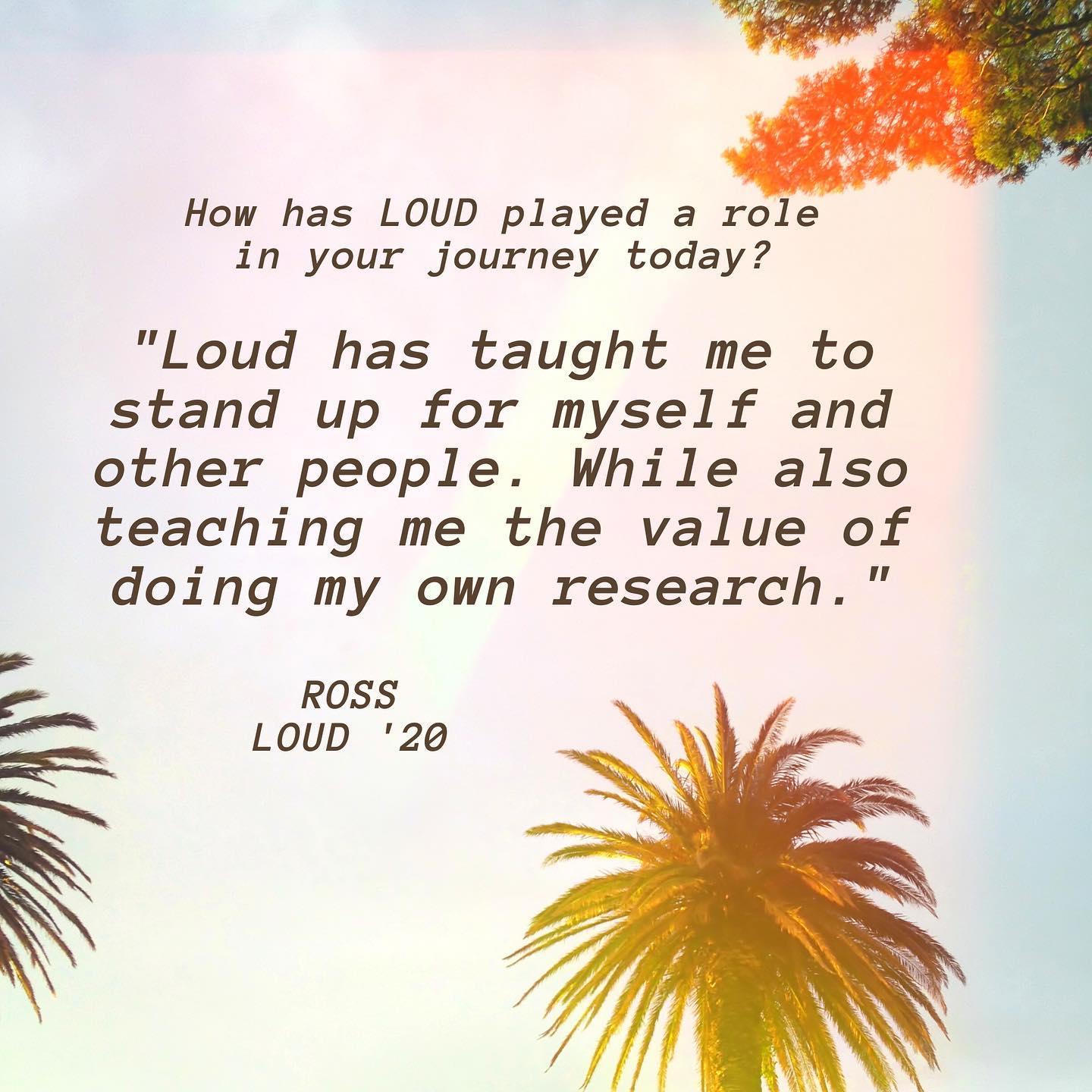 Playful bodies interacted, and dropped to the floor to quickly arise, while voices echoed among the room. Some even stumbled or fell to the ground. For this group of queer youth performative arts meant “friendship, contribution, love, and self-expression.” LOUD is able to cultivate a community eager to create imperative and personal art, through being open and taking risks. By “failing fabulously,” “success is something won, often in wrestling with a resistance.” Through telling unique stories and preaching their passion for social change, this group of queer youth is progressing their world one Brooklyn Stomp at a time.

As any other student, one afternoon, Michael was going to use the bathroom at his New Orleans High School before leaving with the theatre group for a field trip. On his walk there, the assistant principal called his name and enthusiastically remarked  “Hey Michael, how are you doing today? Excited for your field trip?” Michael looked down, smiling, and spun around to exclaim “Yes! I can’t wait to speak with the Alternate ROOTS group about our recent performance, and even share my own stories.” The assistant principal replied, “Good luck and have fun! Go over there and make our school proud!” Michael said thank you, and made his way to the bathroom. Swinging open the stall door with a grin on his face and a pep in his step, he knew he was ready to take on the day.

Food Friday: Parkway Bakery, the tavern “off” the green
Restaurants