Changing the face(s) of the restaurant industry: Chef Kelly Fields 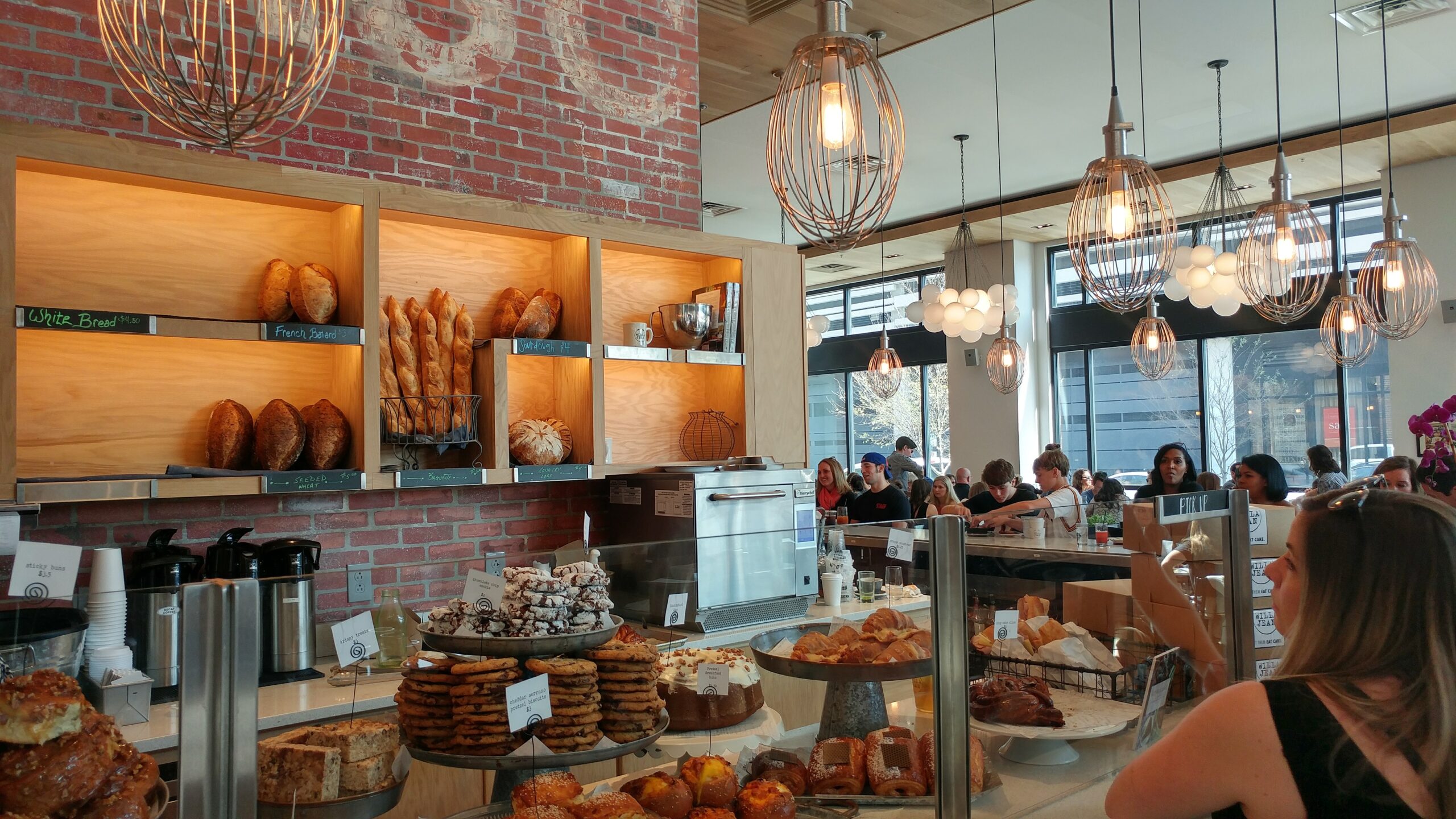 From the radiating smells of freshly baked baguettes and loafs of ciabatta, rich chocolate filled croissants and loaded chocolate chip cookies, to warm biscuits and piping hot coffee from the front bakery bar, before even being seated at a table, Chef Kelly Fields created much more then just a bakery and restaurant when she opened Willa Jean in August of 2015. The air in New Orleans Central Business district on the corner of O’Keefe Avenue and Girod Street, where the restaurant is located, is (literally but also ~metaphorically~ ) sweeter!

“Willa Jean was my grandma” Fields explains during her interview with NOLA.com, as she smiles and laughs about how “she was really sassy and sarcastic.”

Willa Jean was Fields’s biggest cheerleader and, surprisingly, terrible at cooking! “She’d serve us shit on a shingle and, uh, frozen orange juice with a spoon,” Fields teases, but “she taught me from a young age to be myself and not apologize for that, and that’s what I try to do at that restaurant every day.”

Chef Fields, 42, rocks a side-swept short brownish-blonde undercut and a few brightly colored arm tattoos —complementing any chef’s whites (chef lingo for the typical white uniform) or apron she masterfully cooks in — along with a slight southern accent from growing up in Charleston, South Carolina. Its not just her distinct look and style that Fields unapologetically owns each day as she walks into work, but also her identity as a female chef in an industry dominated by men.

Roughly 77.6% (aka the overwhelming majority) of chefs and head cooks are men, while only 22.4% of chefs and head cooks are women in the United States. In 2019, Chef Fields proudly took home a well deserved James Beard award for Outstanding Pastry Chef, something she had been nominated for every year since 2017. Yet overall in 2017, women comprised just 28.4% of the total James Beard award chef finalists (men comprising 71.6%). “I just think that you know like most kitchens especially when I started cooking were driven on testosterone and ego” Fields reflected during her appearance on Communal Table’s podcast. 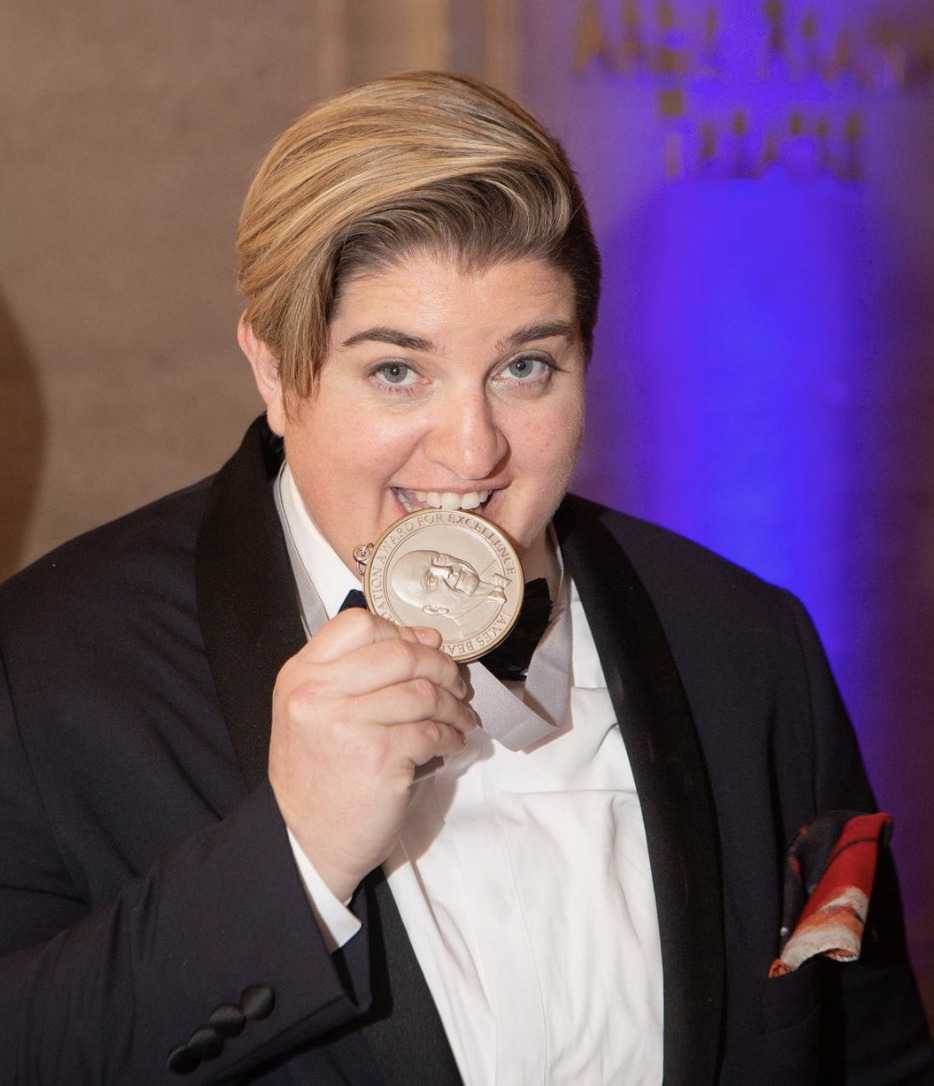 So many professional kitchens today still look more like a jam-packed sardine can of men (so caught up by their own odor that they are blinded to the toxicity of the space they dominate) than a colorful healthy aquarium with a wide array of fish and plants.

Throughout Fields’s career — having to navigate through kitchens that made her feel othered, in terms of her craft as a pastry chef and her identity — it was spaces like Susan Spicer’s Spice Inc. that made her appreciate the healthy work environments that pushed against this mainstream kitchen culture. In 1998, having recently moved to New Orleans after graduating high school, Fields confidently walked into Spice Inc. (which would close shortly after in 1999 and transform into Wild Flour Breads) and asked for a job. Working in Spicer’s kitchen was the first time she was exposed to baking at a level like never before.

“I was called googly eyes in the kitchen because I was just trying to see it all and absorb it all and learn as much as I could,” Fields jokes as she spins her head and opens her eyes wider. When cooks made mistakes in Spicer’s kitchen, they were not ridiculed or humiliated, rather they were expected to fix them and learn from it.

Fields has carried this important message and environment that Spicer so strongly cultivated to her own kitchen at Willa Jean. Both inside and outside of the kitchen, mental health and support take priority. “I have a zero tolerance policy for any abuse or negatively in the kitchen,” Fields says in her video with Fair Kitchens .

The entire Willa Jean team is encouraged to speak very openly about their mental health and concerns in the restaurant, but also are provided with exterior resources, such as an employee assistance program that is available 24 hours a day to call and get the support one may need in that moment. The kitchen itself is as open as the dialogue that occurs within it, calm and clean, simplistically built and spaced with silver steel counters, equipment, and framing support that holds the dishes and tools. In the front of the house (chef lingo for the actual dining space where people eat) the stunning red bricked walls (the back being the canvas to the painted Willa Jean name) are warm and inviting, perfectly meshing with with the bubbly light fixtures and smooth square wooden topped tables. 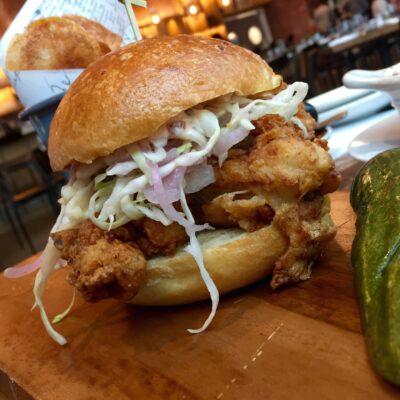 With regards to the fantastic Willa Jean team, Fields explains how “part of our hiring process is to ensure that we are hiring people from our community that represent all parts of our community in New Orleans.” All genders, sexualities, ethnicities, races, religions, and identities are welcome! At Willa Jean, unlike most restaurants, women outnumber men 9 to 1.

“We should be working collaboratively as an industry to be inclusive of all genders and identities to level the field for equal opportunity for all talented chefs to achieve their dreams of leadership and/or ownership,” Fields states in her interview with Good Grit.

Fields continues to change the face of the industry, inspiring a new wave of female chefs, through her Yes Ma’am foundation. “In 2017, I started the Yes Ma’am Foundation, with the goal of investing in, promoting, and making resources available to women in the hospitality business in the South” Fields describes in her interview with Laurie Woolever at James Beard .” Women should confidently own the spaces the exist in and fight for what they believe in, and through Yes Ma’am’s internships and experience, community outreach, and grant scholarships, this is becoming more of a reality.

Like the foundations motto, and what Fields does as she changes the industry more and more each day: “Celebrate who we are. Period”.

P.S. When you go to Willa Jean, you should 100% get the fried chicken sandwich. Plus OBVIOUSLY you and your girls have to get the cookies and milk for dessert. No question about it. Cheers.

Craving Some Carnival: Consider the shoe
Gender and Sexuality

Only Nola: The drive-thru daiquiri
Food