The society that we live in today is not a post-feminist one. The fight for women’s equality is still very much necessary in that women, especially women of color, still experience discrimination.

Women’s Month, which takes place in March, is an annual designated month when women’s contributions to society and throughout history are remembered and celebrated. This celebratory month also encourages us to look critically at equality and opportunities for women overall.

In celebration of Women’s Month, Ashley Longshore, a Louisiana-based artist, teamed up with Diane von Furstenberg, a Belgian fashion designer, on a feminism collection series. Longshore painted 37 paintings of inspirational women, such as Ruth Bader Ginsberg, Michelle Obama, Oprah Winfrey, and Rosa Parks. These women are all pictured wearing some of von Furstenberg’s most iconic prints, and they are to be displayed in von Furstenberg’s Meatpacking District store location. When asked about the women she portrayed in the collection, Longshore said “the one thing they have in common is they’re absolutely fearless women, being exactly who they are and doing exactly what they love and were born to do.”

Ashley Longshore’s exuberant artwork incorporates glitter, words, and bright colors, making quite a bold statement. The most audacious part of her artwork is the bold expression of opinion that she makes with it; Longshore says, “I really like to combine the use of words and images in an unexpected way to create a smart, colorful bold statement.” 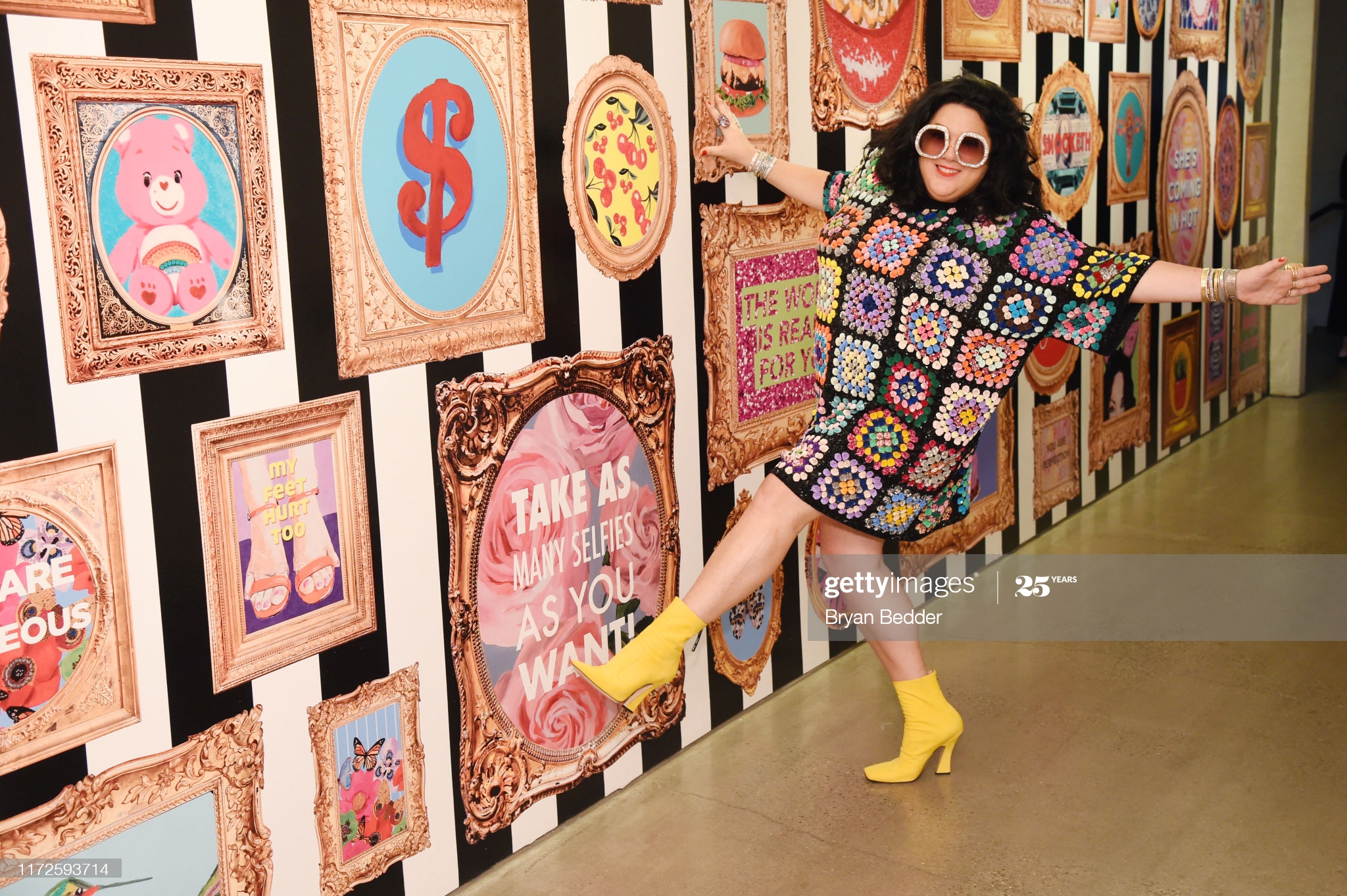 The slogans that she incorporates into her artwork combat issues that she sees as prevalent in our current cultural climate; Longshore says her work is inspired by pop culture and is a reflection of experiences she has had in her lifetime. One of Longshore’s paintings of Ruth Bader Ginsberg, featured in the feminist collection she created during Women’s Month, highlights her feminist ideals. Ruth Bader Ginsberg was a Supreme Court Justice and a feminist icon who became an unlikely pop-culture idol. She was beloved by many for her fight against the systemic injustices that women experience, because she wanted better for the generations to come after her. The painting of Ginsberg is done in bright neon pink and turquoise colors, with the slogan “I wish a bitch would” written across her shirt. The background incorporates the hands of Black and white women holding up their middle fingers. 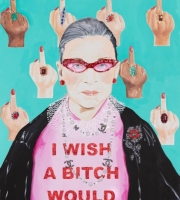 Longshore’s work stands alone and makes a statement that is clear to its audience. She mocks contemporary society because of the injustices that women still experience, specifically Black women. Longshore takes a stand and holds up a literal and figurative middle finger to a society that perpetuates these issues of racism and sexism.

Longshore created a painting of Breonna Taylor and donated proceeds from it of $33,500 to ACLU of Louisiana’s work to combat police violence. The portrait of Breonna Taylor was purchased by a collector and donated to the Taylor family. Longshore believes that as an artist, it is her responsibility to be committed to supporting Black Lives Matter and to help honor the memory of those who we have lost. This painting differs from her other paintings in that it pays tribute to Breonna Taylor through calming colors of pink and yellow and symbolic yellow and orange butterflies.

Many of Longshore’s other paintings use the Ginsberg portrait’s palette, consisting of vivid pinks, yellows, and blues and slogans like, “its a real panty dropper” or “I do not cook, I do not clean, I do not fly commercial.” In addition to feminist ideals and advocacy for the Black community, her artwork also expresses her success and appreciation for what she has created. Her paintings often depict her wealth and optimism, all while still making fearless and feisty utterances. Longshore is a self-taught artist from Montogomery, Alabama, who spent years trying to make ends meet before she found success in her artwork, and was able to open her now well-known Magazine Street gallery.

Longshore doesn’t believe that her story is one of luck, however. She credits her success and prosperity to the American dream. She believes that everyone, regardless of family background, gender, or the color of their skin, can succeed and attain the American dream if they are willing to work hard. Longshore has said, “I just hope that people can stay optimistic, believe in the infinite possibility of everyday, and live in a world full of people that have hope.” Longshore uses her artwork as a way to show appreciation for what she has and call for change in the cultural climate we live in today, by being bold and honest.

Getting your ready for the weekend and sending out our #WCW: The Queen Diva Bounces to the Top
Artists