The answer is that there is none: A kooky koncept 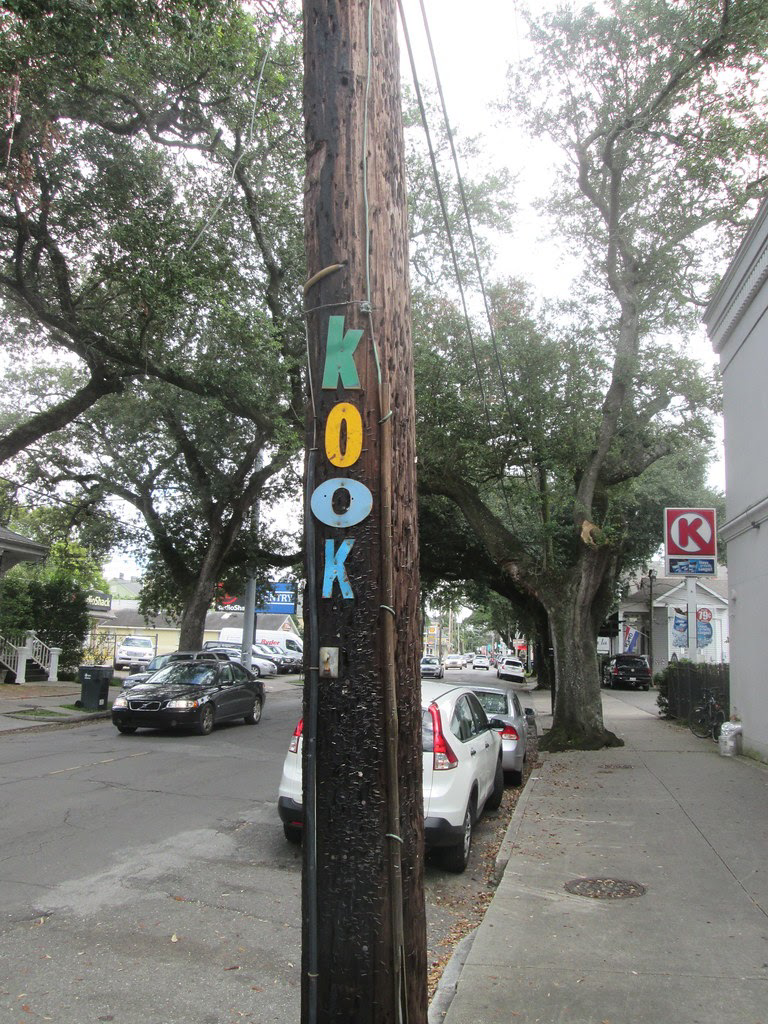 Ubering to Tulane’s campus, I saw something I hadn’t before. A utility pole on a random uptown side street had been adorned with scrappy, colorful letters spelling out the word ‘KOOK.’ New Orleans, a city that shuts down its universities and shops for a week of dressing in eccentric costumes and aimlessly dancing for plastic-beaded necklaces (well…before Covid), is so far from being defined by normal standards that even the word “kooky” lacks in encompassing its zest. I drove away questioning whether the artist was trying to make a Banksy-esque political statement, somehow using the word kook to reference the injustices within modern society. Am I thinking too far into this? Who is behind this? What is the artist trying to prove? Answers were warranted.

David Buckingham, @mr_kook on Instagram, is the New Orleans-born artist credited with creating and installing the kook signs populating utility poles around New Orleans. I decided to embrace the powers of social media and casually send him a direct message on Instagram, of course only after stalking his Instagram profile filled with colorful KOOK signs as far as the eye can see. I told him who I was and asked if he would be up to answering a few questions I had about how his idea for the KOOK signs formed and why the word ‘kook’, specifically, was being used. After eagerly sending the message, I got his phone number and quickly texted him, prefacing the questions I’d soon send. Following a few minimally worded texts back, I had little-to-no more information than what I had started with. Weeks went by and a meaningful response never came, but, I can’t say I didn’t learn anything; David Buckingham may have given an answer that was more enlightening than any combination of words would have expressed. The real meaning of art may not be found through simply asking and receiving. In fact, the answer may just be that there is none.

The KOOK signs are placed around New Orleans with no context, no guide towards a logical formation of reasoning about why or how they might have gotten there. Each letter, made of nonuniform scraps of metal, are commonly green, yellow, red or blue and are nailed vertically down the lucky chosen utility pole. They inhabit the same utility poles as street signs, an interesting juxtaposition between something so obscure, so directionless, and something concretely saying, “This way! Your destination is right down here!” However, this is a representation of what art is, a challenge to the narrative that in life, everything has an answer. What defines art is not simply the materials it is made up of, rather, it is the discussions, arguments and complications of perspectives it elicits.

Olafur Eliasson, a Danish-Icelandic artist, writes, “The arts and culture represent one of the few areas in our society where people can come together to share an experience even if they see the world in radically different ways. The important thing is not that we agree about the experience that we share, but that we consider it worthwhile sharing an experience at all.” Agreement about one answer does not define a piece of art like a word in a dictionary. The collective sharing of different experiences is meaning itself. The KOOK signs remain pieces of metal scrap until they are thought and talked about, able to be learned from.

The way one person interprets a KOOK sign nailed onto a random New Orleans utility pole is not generalizable to everyone, but there is meaning in seeing something completely different than your neighbor and engaging in conversations that provoke us to rethink. While Saint Charles Ave shoots from Carrollton to Lee Circle in an explanatory way, the kook signs take you down offshoots like Arabella or Nashville Street that have the potential to turn what you thought made sense right on its back. Psychologist David W. Johnson discusses the importance of perspective taking in stating, “If a person cannot take the perspective of opponents, then his or her understanding of the issue is limited and incomplete.” It is the very act of going about understanding another person’s perspective—discussing what the word ‘kook’ represents to him or what communication via a utility pole means to her—that allows one to fully define their own. By listening to various interpretations, we adopt a fresh set of eyes and notice things we may not have seen before, like the consistent difference in the shape of the two o’s, and assimilate them into our own understanding. Art is meant to be talked about and learned from, as artists themselves speak about looking into their own lives and the intricate complexities of the lives around them in order to turn their normal lens on its head and create an extraordinary piece of work.

In a study of what artists consider to be their creative process, visual art students discuss a number of emotional steps that go into forming their pieces. Seventeen different concrete stages were established as collective puzzle pieces making up a whole creative process. Reflection, immersion, inspiration and illumination were four of the 17 stages found to be a part of a common creative ground for all interviewed students. These four steps stood out as ways an artist prioritizes digging deeper in finding a unique, personal perspective on the topic at hand, sometimes coming across pivotal ideas suddenly or by accident. This extensive creative process is not to reach a singular correct meaning, it is to allow an artist to show their own interpretation and prompt that of others.

Art is a language, as it is a way to communicate ideas and perspectives. But, just as a conversation is nonexistent without response, how can art mean something without interaction? To my surprise, after the passing of another week, I received an email from Mr. Buckingham answering my original questions. It turns out the word ‘kook’ is just a name people have been calling Buckingham since he was a kid, and it’s a palindrome, another reason, he notes, as to why he adores the word. His purpose is simply to be seen and make people smile. That’s it? Even though my interpretation was not nearly in the same realm as Buckingham’s reality, I talked to him, took part in the kookiness and learned something new. Silence fosters stagnancy, and art is nothing more than its ingredients if we don’t take part in it. The word ‘kook’ is ambiguous when its only context is a utility pole and rush hour traffic in New Orleans. But, taking back roads to look at something a little differently can get you further than if you stayed mindlessly cruising on the freeway. 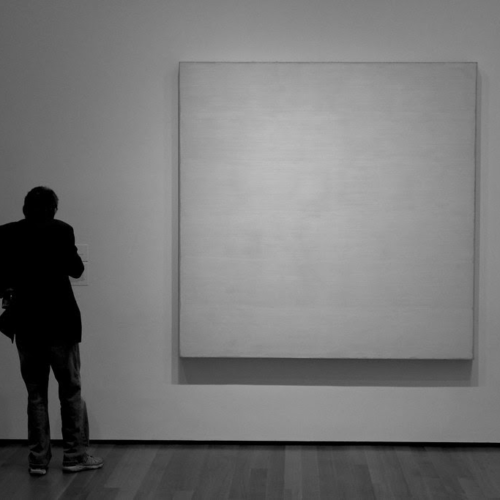 Botella, Marion, et al. “What Are the Stages of the Creative Process? What Visual Art

Eliasson, Olafur. “Why Art Has the Power to Change the World.” World Economic Forum, 18

Johnson, David W. “The Importance of Taking the Perspective of Others.” Psychology Today,

Pollack in Arts &amp; Entertainment on May 16, Gina. “Dear LAist: What’s Up With All Those