Editor’s Note: New Orleans is a city that is considered to be one of the top tourist destinations in the United States, receiving almost 20 million tourists a year. One of those reasons is the unique architectural styles found throughout the city, such as French influence and shotgun homes. Another is the unique style of city planning that began in Jackson square and follows the form of the Mississippi River. The history of the unique architectural styles is something New Orleans natives and those who visit should be informed on — everything from street tiles to not-so-tall buildings. This piece on street tiles was originally published on November 30th 2021.

Only 4 by 6 inches and 3 quarters of an inch thick, yet the street tiles of New Orleans tell quite a story. Tourists recognize them instantly, taking photos and plastering them on Instagram and other social media platforms. In 2018, New Orleans welcomed 18.51 million visitors. These tourists walk through the city, exploring all it has to offer and passing over the street tiles that have become a “signature item” in New Orleans. 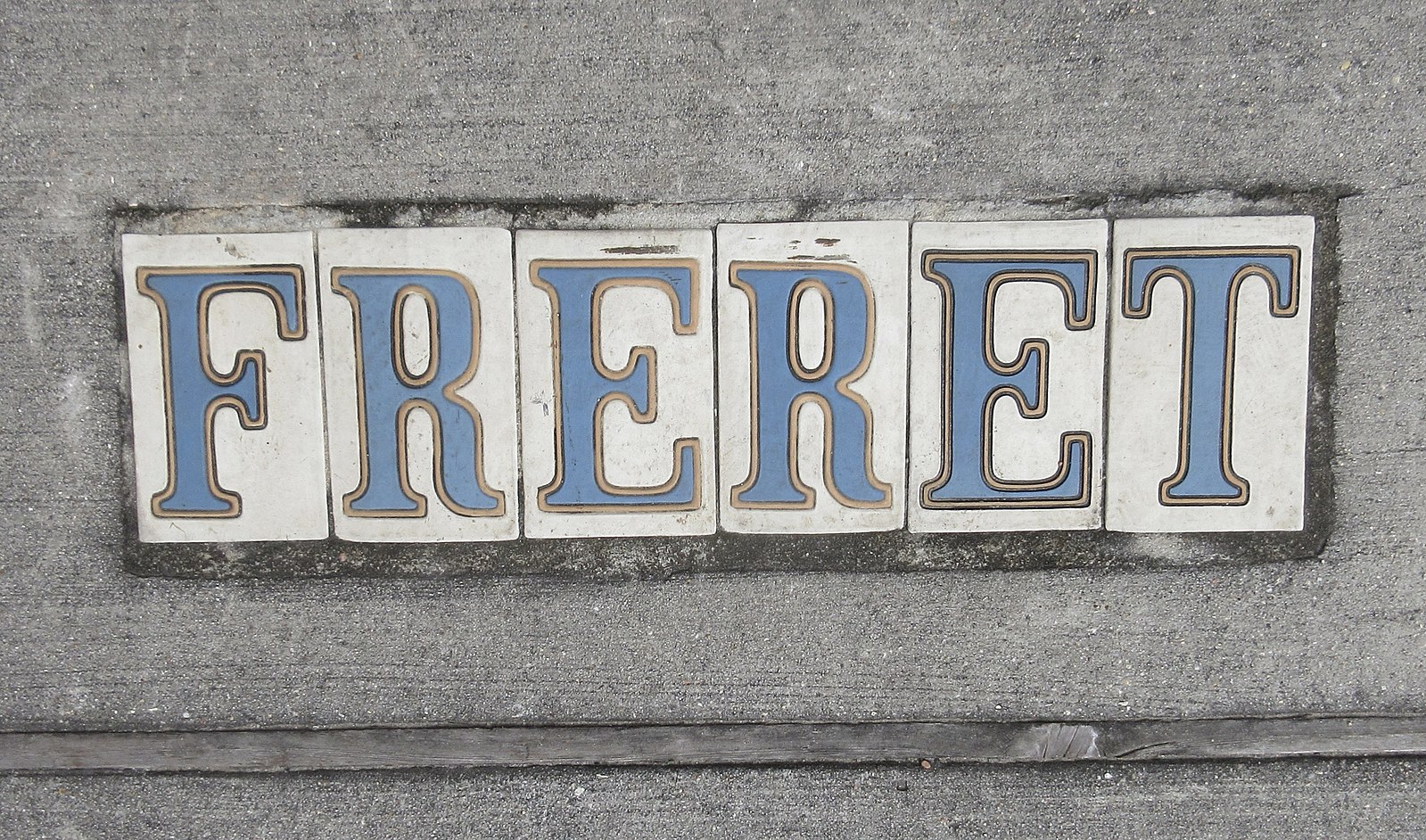 Bayou Gifts Voodoo Market or Jazz City USA sell refrigerator magnets that resemble and mimic the tiles. Local artisanal shops or boutiques, such as Fleurty Girl, sell wood framed signs made out of the ceramic tiles that customers can personalize for their own use, which are oftentimes used as home decor or given as gifts. Collectors, both locally and worldwide, gather the tiles as collectibles and prized possessions. In 1993, an artist by the name of Evelyn Menge created a mural consisting of images of the unique and picturesque tiles. This mural welcomes New Orleanians at city hall. These tiles have become a symbol of New Orleans and represent the eccentricity and individuality that makes New Orleans the city it is.

For practical purposes, everyone knows that the street tiles embedded into New Orleans streets stand to mark locations and directions, but there is much more to know than most people care about. The street tiles have an extensive history dating back to the 1800s when travel was still only possible by horse-drawn carriage. The slow pace at which travel and transport occurred in the 1800s allowed for plenty of time to view the street name and the mode of transportation allowed for a perfect vantage point for peering down at the street before them.

The street tiles of New Orleans rest in the streets that millions of people, both tourists and citizens, walk over each year. The street tiles rest at the corners of streets all over the city, from Uptown areas by Tulane University, throughout the French Quarter, and so on. These blue and white ceramic tiles have lived through centuries of history and cultural growth and serve as a reminder of the hundreds of years ago, in the 19th century, when they were implemented. During these same years, over a hundred thousand people were bought and sold in New Orleans through the slave trade. With many cotton and sugar plantations nearby, New Orleans was a prominent and thriving market for enslaved people. If street tiles could talk, they could tell the story of enslaved people in New Orleans, however, this is overlooked in that we create a novelty out of the past.

The city of New Orleans is a melding of many cultures. The Spanish and French ruled the Crescent City long before Americans did. Belgian culture, depicted through the intricate design of the street tiles, African-American culture, and Haitian and Creole culture, all come together to make New Orleans the melting pot it is. The two types of tiles that can be found embedded into the New Orleans streets, the Belgian and the American tiles, differ in appearance. The Belgian tiles are distinguishable from the American version in that they use a unique font and lack the pinstripe groove or shadow line that is seen in other tile modifications. The Beligan tiles were manufactured in Europe and were imported to the city back in the 1800s.

Eventually, Americans began to replicate their own version of the tiles, to eliminate the need for imports. These tiles physically looked different from the imported Belgian tiles because they had a unique outlining of the letters. The American versions of the tiles were manufactured right here in the United States, in Zanesville, Ohio. The American version was influenced by Belgian culture and their tile creations. However, the American Encaustic Tile company was put out of business shortly after the Great Depression, in 1935. 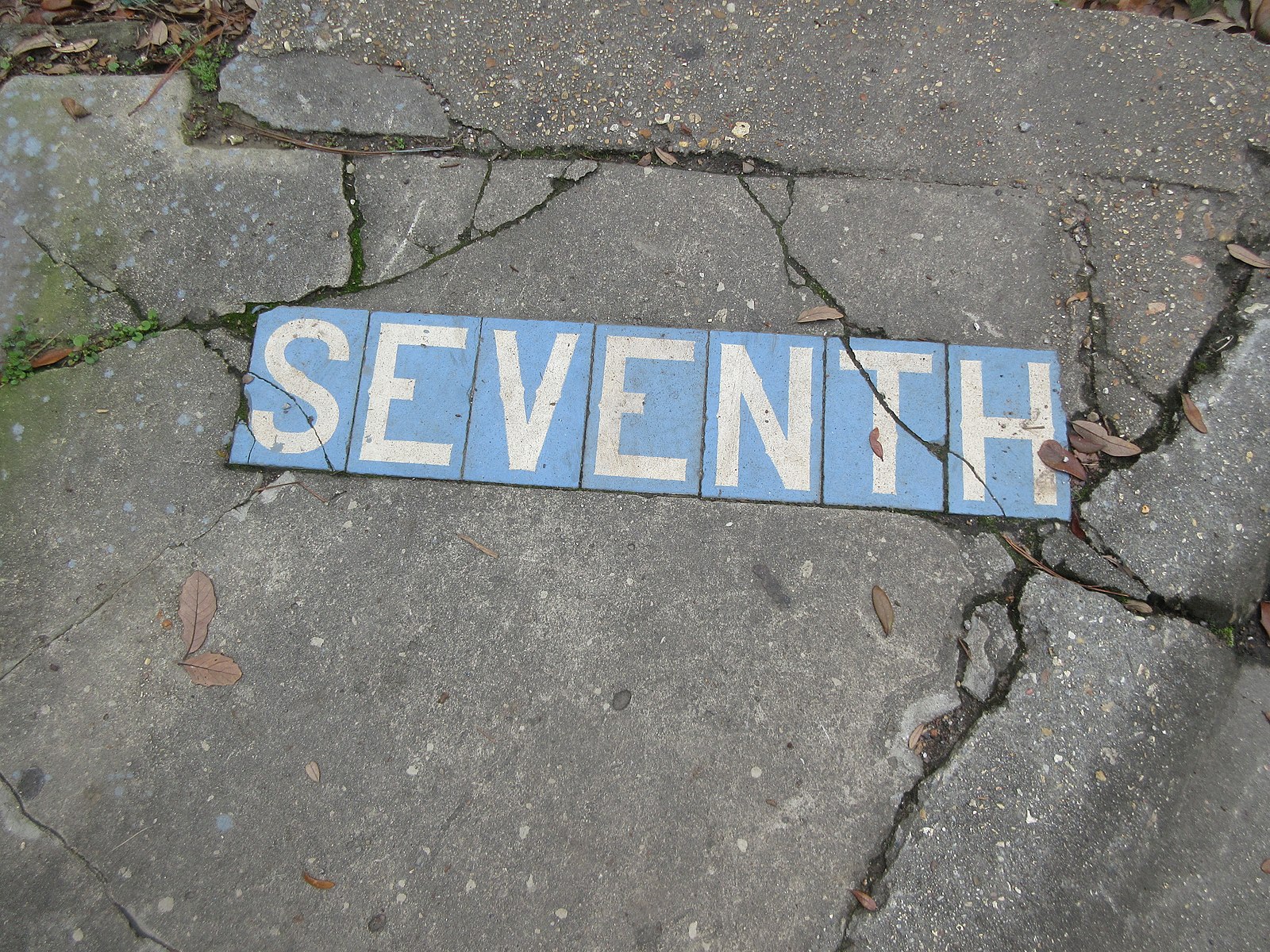 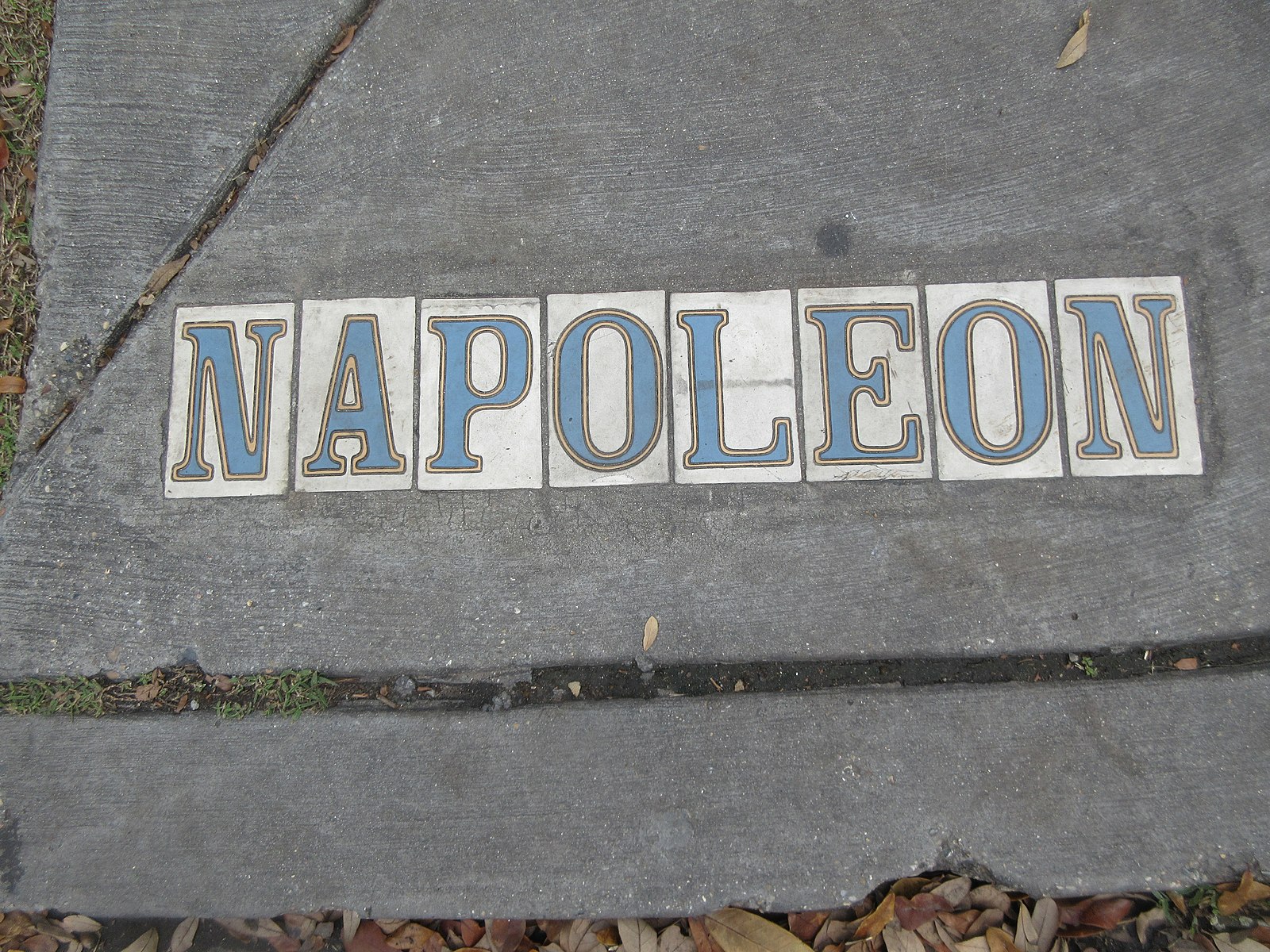 Nearly 130 years after the introduction of these iconic tiles, Hurricane Katrina struck in 2005, inflicting ruinous harm on the city of New Orleans. The levees broke, leading to detrimental damage for New Orleans and its surrounding areas. After Katrina, New Orleans struggled to rebuild and become the place it once was. Many of the streets had to be ripped up due to storm construction and street tiles were ruined and lost.

Local Artisans appreciate the cultural significance and charm of the tiles. Many locals create replicas of the original tiles for sale and collectors. After Katrina, the city went looking for artisans who could replicate the tiles and replace what was lost.

Bringing the street tiles back to New Orleans after Katrina helped make the city whole again. However, through preservation efforts, history and the past is looked at through a glamorous lens and is considered a novelty. Though the street tiles represent the charm and novelty of the city, in preserving these, we neglect our other pasts that are not so glamorous. The tiles originate from the same time period when many of our people were enslaved, and in glamorizing the tiles and striving to preserve them, we fail to recognize this part of our history.  We fail to look after the ages when many African people were enslaved and bought and sold right here in our city.

Through their creation of new tiles, the artisans brought some of the spirit and charm back to the city in a time when it was needed the most. Mark Derby of Derby Pottery was one of the artisans that was willing to create and mass produce the thousands of tiles needed to bring back the charm to New Orleans after the damage from Hurricane Katrina. Derby said, “Obviously, they’re part of our lost heritage. There was no one making them at the time that I started.” Derby feels that his artisan work has served a much greater purpose after Katrina.

Derby’s efforts to bring the heritage back to the city have not gone unnoticed and it is because of his replication of the tiles that the picturesque appearance of old time New Orleans still persists, even today in the twenty-first century. Derby Pottery also sells their tiles to consumers, for home decor or even to be embedded in front of a storefront in commercial districts of the city. Tiles designed by Derby have a similar appearance to older, original ones, but can be distinguished by the thin yellow border tracing around the letters.

The street tiles of New Orleans are much more than the photos plastered all over Instagram and much more than refrigerator magnets replicating them that can be found for sale in stores on Canal Street. The tiles tell the history of the city dating back to the 1800s, when times were much different then they are today, and they tell a tale of growth and rebuilding after Katrina. The tiles are a symbol of New Orleans and remind us where it all started and how far we have come.