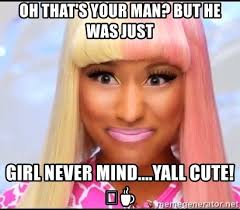 My Phrase of “Y’all Cute” is used mainly in the modern language. It is something that isn’t really spoken among people who normally live in rural areas; however, people in urban areas are more familiar with the phrase. The phrase basically comes up when two people are being flirty (romantically intimate) together; it’s supposed to mean that they would look nice together as a couple (whether that be boyfriend/girlfriend or a coupling not set by social standards).

An example of how my phrase would be used in a scene is the following: You are out on a ride around the city with a group of your friends, and you see that two of your friends are being a little bit more flirty than usual. As they gradually get more intimate with each other, a person would say, “Y’all cute.”

When looking up the etymology of “Y’all,” it became apparent that it appears in English varieties, Including African-American English, and South African Indian English. Additionally, by 1879, U.S. dialect abbreviation of you all — y’all — became common.

The phrase “Y’all Cute”  has been turned into a massive trend on TikTok. It has turned into a relatable post trend and has been used as one of the most funny quotes. It has massively turned into a meme “if you ever call me cute I will think about it all day,”  and “they called me cute.”

Go have some fun and yell out to some people “y’all cute!” It’ll make everyone’s day.

This piece is part of the “Language Lab” series where Bard Early College (BECNO) students investigate the etymology of modern phrases to identify their roots.This series is part of the composition course taught by Dr. Jessie Morgan-Owens and Kelley Crawford.