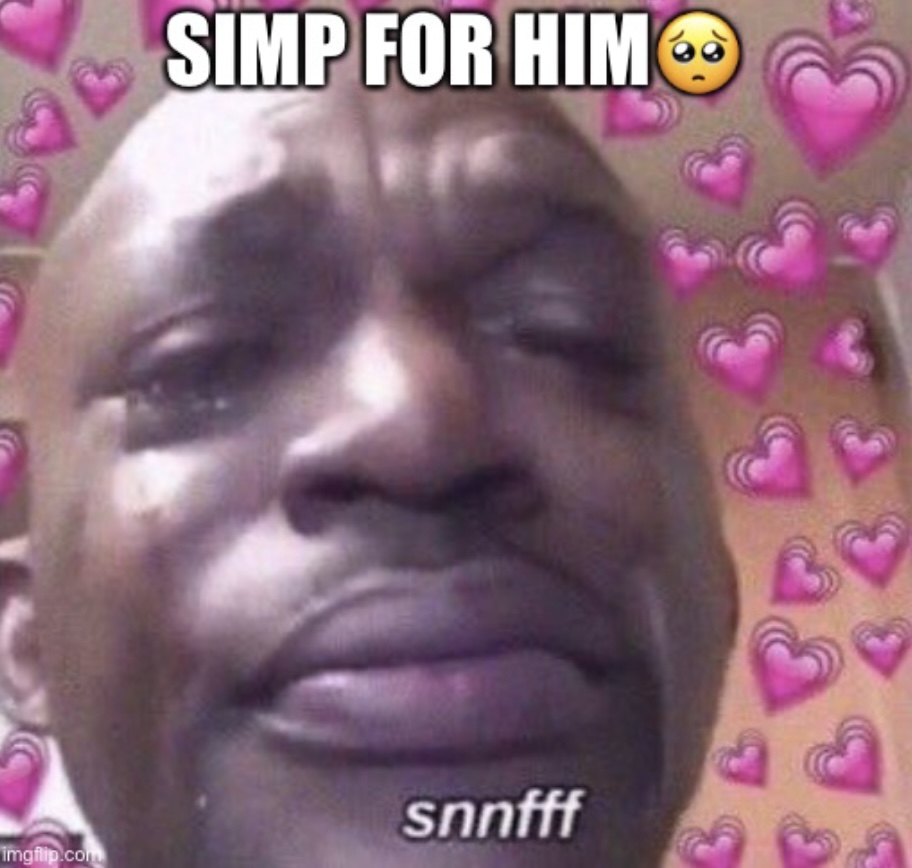 You’ll understand this in a minute. (Meme by: Divine Harvey)

My phrase “Simp” is used a lot in modern-day conversations. “Simp” can be used to describe someone or yourself. It is used all over the country, and I’m sure in other countries also, and it is used a lot on social media.

A scene where “simp” can be used is when someone is acting very soft for the person they like. For example, if I’m talking to a friend about how I have love for someone, and I’m talking about how I adore them, that would be called simping. In that scenario I could say that, “I’m a simp for him.”

When researching the etymology and history of “simp,” it came from the word “simpleton” or “simple.” Simpleton was used in the very ealry 1900s and was used to make fun of someone who is seen as an idiot. Before the usage of “simp” being used to describe someone being in love or liking someone, it was to describe someone as weak. I think the etymology influences its meaning today because it  can be used to make fun of someone, similarly to simpleton.

Fun fact about the phrase “simp” is that it used a lot on social media sites like TikTok, Twitter and Instagram. The phrase became very popular on TikTok, and really became frequently used a lot in 2020.

BECNO Language Lab Fall 2020: “Makin’ groceries”
Creative Writing
We use cookies to ensure that we give you the best experience on our website. If you continue to use this site we will assume that you are happy with it.Ok