The evolution of twerking: How white America undermines Black culture 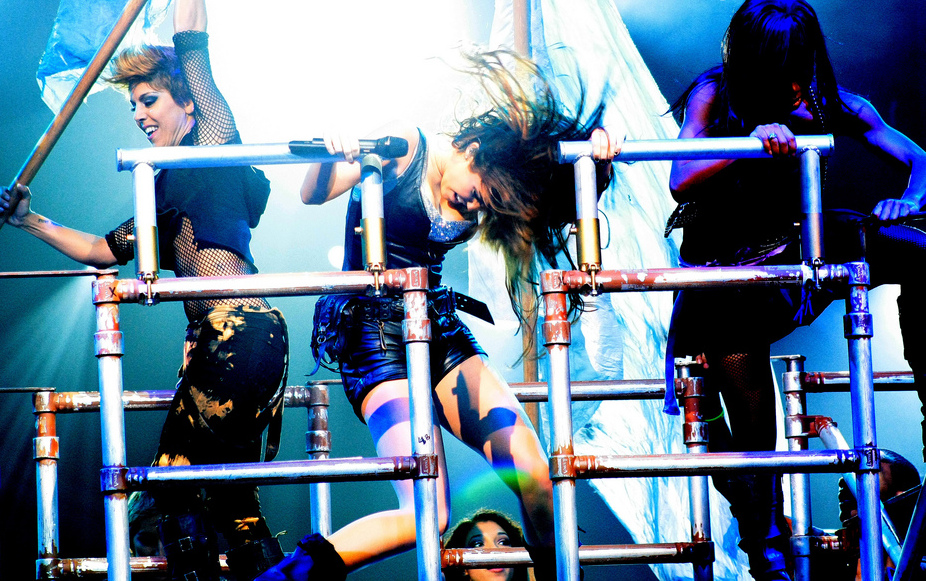 If you pay attention to pop culture, in any sense, you are probably familiar with the term, twerking. Actually, if you apply soon you could enter the contest to be crowned Miss Twerk USA of 2021. This very serious competition is held through performances of quarter, semi and final rounds of twerking for a winner to be determined. The Miss Twerk USA ultimately is prized with $100,000 award. On a more minor level, European twerk contests have been held annually since 2017. Over 2,000 individuals take part in twerk workshops or camps throughout Europe in order to prepare for the annual competition. Additionally, the move has gone viral within the fitness world. Most fitness clubs offer twerk classes, and many companies are profiting from twerk workout videos sold online. One 30-year-old woman living in Australia began her twerking career in 2010, after taking lessons in Russia. She claims “I don’t need to go to the gym or do cardio, I just twerk in the squat position daily”.

Despite the mass popularity of the dance move, very few people had ever even heard of the term twerking before Miley Cyrus and Robin Thicke’s performance at the 2013 MTV Music Video Awards. Miley Cyrus’ performance stunned audiences throughout pop culture as she sexually moved her body on stage, as three African American women danced in a semi-circle behind her with their faces masked by teddy bear heads. The “African-American women were there to silently lend their expertise in support of her performance.“ One of the dancers later exclaimed that “standing on that stage, in that costume was one of the most degrading things I felt like I could ever do… I had never been in a performance where I was purely meant to be gawked or laughed at”. Furthermore, the show initially was deemed “raunchy”, a “train wreck” or even a “reminiscent of a bad acid trip” by audience members. Regardless of the initial negative eruption, however, the concept of twerking careered in record time: after the initial clip of Miley Cyrus twerking in a unicorn onesie, within weeks the video went viral. Days later, over 30 students were found participating in the trend at a local school in San Diego. Additionally, weeks later, twerking earrings were sold out within minutes on etsy. The dance trend suddenly became so popular that the Oxford English Dictionary added the definition for the verb “twerk” as a result of Miley Cyrus’ debut. 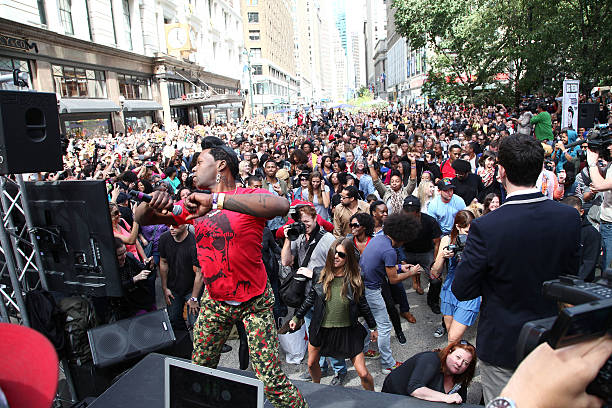 The term twerking was actually coined in the city of New Orleans during the early ‘90’s bounce scene. According to journalist Nik Cohn, “it started in the late 1980s, a wild mix of rap and Mardi Gras Indian chants and second-line brass-band bass patterns and polyrhythmic drumming and gospel call-and-response”. More specifically in 1993, DJ Jubilee, an American rapper from New Orleans, released a music video in which he directly commanded his audience to twerk, declaring the first time the phrase was publicly recorded. Thus, the term quickly became known as something rappers of the “dirty south ” would incorporate in their songs, as well as the association with “ratchet culture”. However, to New Orleans locals, specifically Black women, the rise of twerking liberated a non-silenced body for women. According to an activist, twerking “challenge(s) assumptions that the black body, its skin color and shape, it’s mark of shame”. Furthermore, during an interview, Vernell McIntosh, a young Black woman, claimed “because I, as a Black woman gifted with hips from my creator, twerking and whining for me is a direct statement of owning my sensuality, thus owning my interpretation of feminine power”. Additionally, the dance holds a “history of diasporic dancing practiced during the trian-gular trading system of slavery in the seventeenth and eighteen centuries” as during the colonial period slaves escaped from their farms to dance as a release from their oppression. 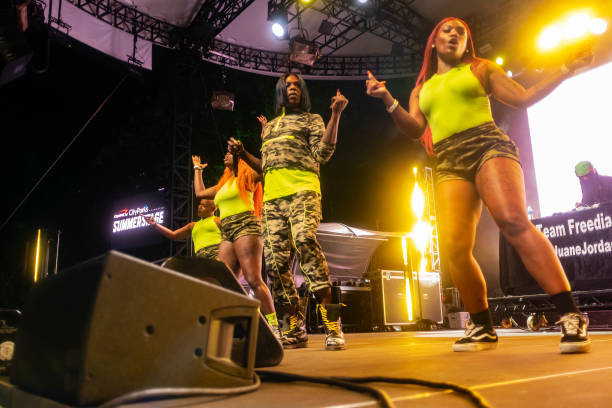 Also, during the late 90’s, Bounce music was outselling all the other hip hop records in New Orleans, eventually appealing to broader American audiences. Famous artists such as Lil Wayne and Nicki Minaj started their careers in Bounce music after signing to the legendary Cash Money Records in New Orleans. Not to mention Big Freedia’s role in Bounce Music as she was becoming known as one of the first accepted gay man in drag, celebrating the intersectionality of feminism in the hip hop world. Thus, twerking also belongs to the queer community. According to a local, Big Freedia’s local dance night in New Orleans was “always made intentionally safe spaces for women,” and she has “melted away as an unnecessary categorization; gay or straight”. Ultimately, Big Freedia’s twerking and bounce movement truly reflects the “resilience of the New Orleans community”.

Twerking today represents two classes: the “ghetto culture” of the Black community, and seemingly “a ‘ghetto’ version of white women who twerk”. The issue that this presents is that “the white version ‘goes viral’; the Black version remains a virus.” American society eventually applauded Miley Cyrus’s facade of a new popular dance move because of her white privilege.  Journalist Stewart argues that “Cyrus “can play at blackness without being burdened by the reality of it”. For example, in 2010, the Twerk team, an African American female duo, attempted to popularize twerking as their own cultural dance move, and yet the Twerk team was immediately written off as ratchet and ghetto. Yet, again, just three years later, Miley Cyrus debuted her new single “We Can’t Stop” followed by a dance of her twerking, and the move went viral. Additionally, Sami Schalk, a young Black woman had the opportunity to twerk on stage with performer, Lizzo, more recently, and immediately received negative commentary. On top of this, the University she worked at began toying with the idea of firing her, simply for publicly dancing. This pattern is clearly not unique to these two instances.

Furthermore, a young Black male interviewee, Trey, explains his experience with hyper-sexualization of twerking; he describes how a guy in his research program once “rubbed his ass and tried to twerk all over this girl, this African girl who is somewhat prude” knowingly making her extremely uncomfortable. However, the young male laughed at her discomfort, exploiting her as a Black woman, despite her dissociation with twerking to any extent. The connection between twerking and the sexualization of Black women has become so deeply rooted in men’s minds, that Black women have such limited control over their own bodies. When white women or men take part in twerking, their privilege masks the negative perception of the dance move, while Black women are perceived as trashy, sexual objects. Overall, the popularity of the dance move has placed constraints for Black women, further affecting “the societal view of Black women, and therefore Black women’s treatment”. Additionally, another young Black interviewee, Keke, explains that when she is dancing in public, such as a club, a guy will approach her differently based on if she is twerking or not. She describes that as a young Black woman if she feels confident enough to twerk, men feel as though they “can touch us or touch me or come behind me and I don’t know what they think they’re doing”. Considering the recent ties between hypersexuality, Black women, and twerking, pop culture has directly erased the liberation initially stemming from twerking within New Orleans.

Ultimately, Big Freedia, much like many local New Orleanians fought desperately to make their name and their culture is known; Big Freedia announced that “every day, I have to fight just to be myself—Black, gay, gender fluid—in America”. Yet, skinny white women, like Miley Cyrus, capitalize on Black cultural oppression and end up thriving. For as long as most people can remember, “African American culture is unquestionably linked to what North Americans consider popular and desirable” and twerking is simply no different.