The most dangerous profession 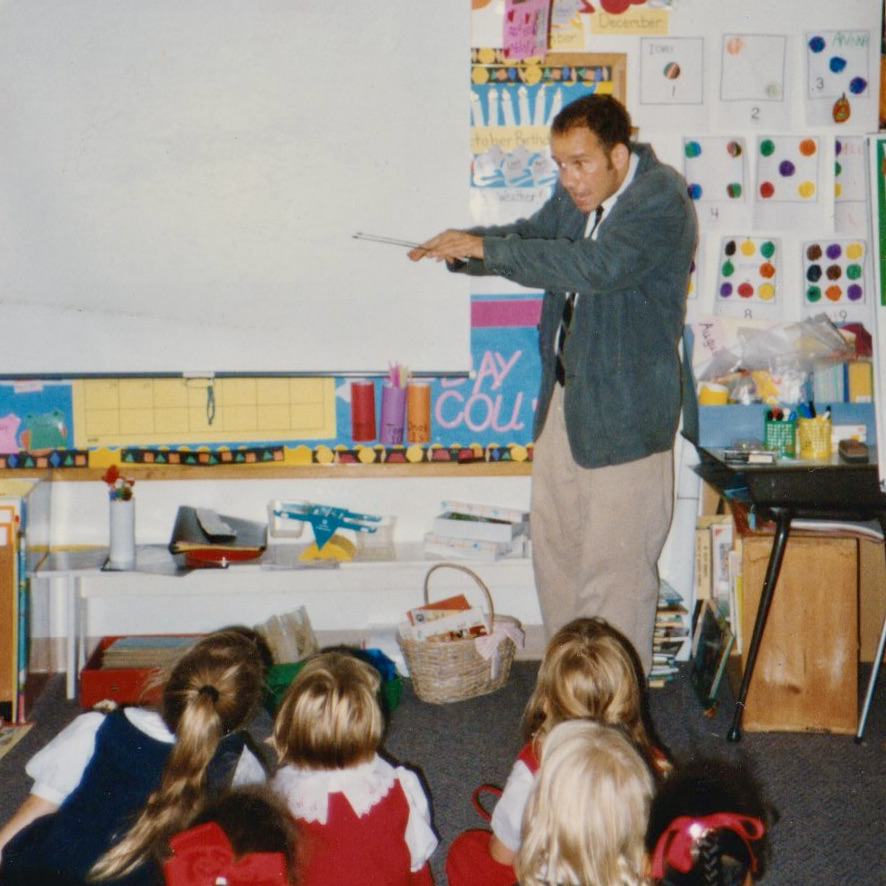 According to the Bureau of Labor Statistics, timber cutter is the most dangerous profession in the United States.

Well, I beg to differ. Based on my own experience, albeit limited and somewhat atypical, I believe that being an elementary school teacher* is far riskier.

Perhaps I should explain.

My first full-time job after college and Peace Corps was as a first grade teacher at a small independent school. Two weeks into my inaugural year, I woke up with a pimple on the tip of my nose. When I got home in the afternoon, my rogue zit had morphed into a scatter plot. I now had them on my cheeks and forehead. I ran to the nearest K&B drugstore and picked up a large tube of Clearasil, something I hadn’t done in almost 5 years. I slathered it on my face and went to bed.

When I woke up the next morning, the small colony on my face had expanded into a vast empire covering my entire body. Apparently, I wasn’t being haunted by the ghost of acne past, I had contracted chickenpox, most likely from my noxious little brood of 7 year-olds.

When I told my principal, she said what everyone says to a person in my condition, “You know, it’s much worse for adults.”

“Thanks,” I said, “that’s awfully reassuring.”

For the next two weeks, I self-quarantined in my studio apartment on Magazine Street. I used the time to develop “model” project and lesson plans. While the pox were certainly bad, they had given me what every teacher dreams of: Time!

When I got back to school, I was loaded for “B”, as in Bear!

On the first day back, I débuted one of my favorite quarantine lessons. It involved pairing punctuation marks with street signs. For example, a period was a stop sign and a comma was a flashing yellow light. I pretended to “drive” around the classroom, avoiding obstacles like misplaced Lincoln Logs and Legos. At the end of the skit, I came across a “Danger” sign or exclamation mark. I screamed, careened off the “road,” and crashed to the ground. When I hit the floor, I expected my students to stand up and shower me with loud applause. Instead, they pounced on me like, well, first graders.

I was Gulliver buried beneath a pile of Lilliputians. Having wrestled in college, I figured I would simply stand up and shake them off like fleas. When I tried, I heard what sounded like a long strip of Velcro being torn from its mate.

I collapsed to the ground and shrieked in agony – punctuated with several bold exclamation marks!!!

Once again, I convalesced in my Magazine Street clinic. This time I wrote lesson plans that were far more conventional, and a lot less dangerous.

When I returned to school, I figured surely, the worst was behind me.

We were approaching the Holiday Season, or what I called the Great Lamination Period. Roughly between Halloween and Christmas, the number of student creations that are preserved between heated sheets of plastic grows exponentially. Destined for the family refrigerator, these masterpieces include everything from hand-traced turkeys to paper plate snowmen.

At the end of every day, I would spend gobs of time feeding reems of paper to an industrial-size laminating machine. Henry Ford would have been impressed.

One afternoon, while laminating a stack of scholarly pumpkins, I began lamenting my recent setbacks. “Hmmm,” I thought, “I wonder if the two words are related? If they are, which came first? Maybe I could host a quiz show about the order of etymological uses? I thought about the kiwi, the flightless bird, the shoe polish, the fuzzy brown fruit, and the people from New Zealand – Hmmm?”

While I was pondering this exciting new career opportunity, I felt a sudden tug on my neck. I looked down and discovered to my horror that my Rat Pack era tie** was being sucked into the gaping mouth of the school’s giant laminator.

I lunged for the power switch, but my polyblend tether held me at bay. I frantically tried to loosen the tie, but instead it got tighter. I yelled for help, but the noose around my neck muffled the sound.

As my face was drawn toward the roll of molten plastic, I thought about James Bond in, well, just about every James Bond film. I also thought about my obituary in the Times-Picayune the following week: 1st year 1stgrade teacher who survived smallpox and a herniated disk, finally succumbs to a skinny vintage tie.

Less than a second before my untimely demise (see Bond reference), a teacher stepped into the room, assessed the situation like the veteran elementary school teacher that she was, and yanked the electrical cord out of the wall. She cut me free with a pair of child-friendly scissors, and patted me on the back. “Welcome to elementary school,” she said.

When my principal heard about the incident, she immediately doubled the school’s workmen’s comp policy.

As for me, that night I began plotting my retreat to the relative safety of the upper grades.

* Injuries among (most) elementary school teachers are relatively rare and usually minor: a bruised knee from a collision with an errant swing, a nip on the finger from the classroom’s pet turtle, or “troubles in the basement” related to poor student hygiene.

Now, in the face of a global pandemic, being an elementary school teacher (any teacher) is a dangerous profession.

** Our school had a dress code for both students and faculty. The kids got to wear cool plaid jumpers, while I had to wear a tie, which, to me, made no sense. “A tie in an elementary school classroom is like a vector for pathogens,” I told my principal.

“Try Scotchgard,” she advised, “then, hit it with a little Lysol at the end of each day.”

“I should have thought of that,” I said.

Folwell Dunbar is a FORMER elementary school teacher. He is the author of He Falls Well: A Memoir of Survival. He can be reached at fldunbar@icloud.com.

ah yeh. so let me get this straight, you fended off a hoard of college level wrestlers for 4 years without incident and then post refining your body and mind for a few years whilst traipsing around the highlands of Ecuador, you are taken down by a bunch of lightweight 1st grade munchkins and subsequently herniate a disc from said take down? Tis a dangerous profession isn’t it? and that was without wearing a mask!!! Nice book BTW, HIGHLY recommend it to anyone!

The poetic city: “Where the Sidewalk Ends – Your Life”
Creative Writing

All roads (and canals) lead to New Orleans: Revisiting the Eternal City and finding home
Creative Writing
We use cookies to ensure that we give you the best experience on our website. If you continue to use this site we will assume that you are happy with it.Ok