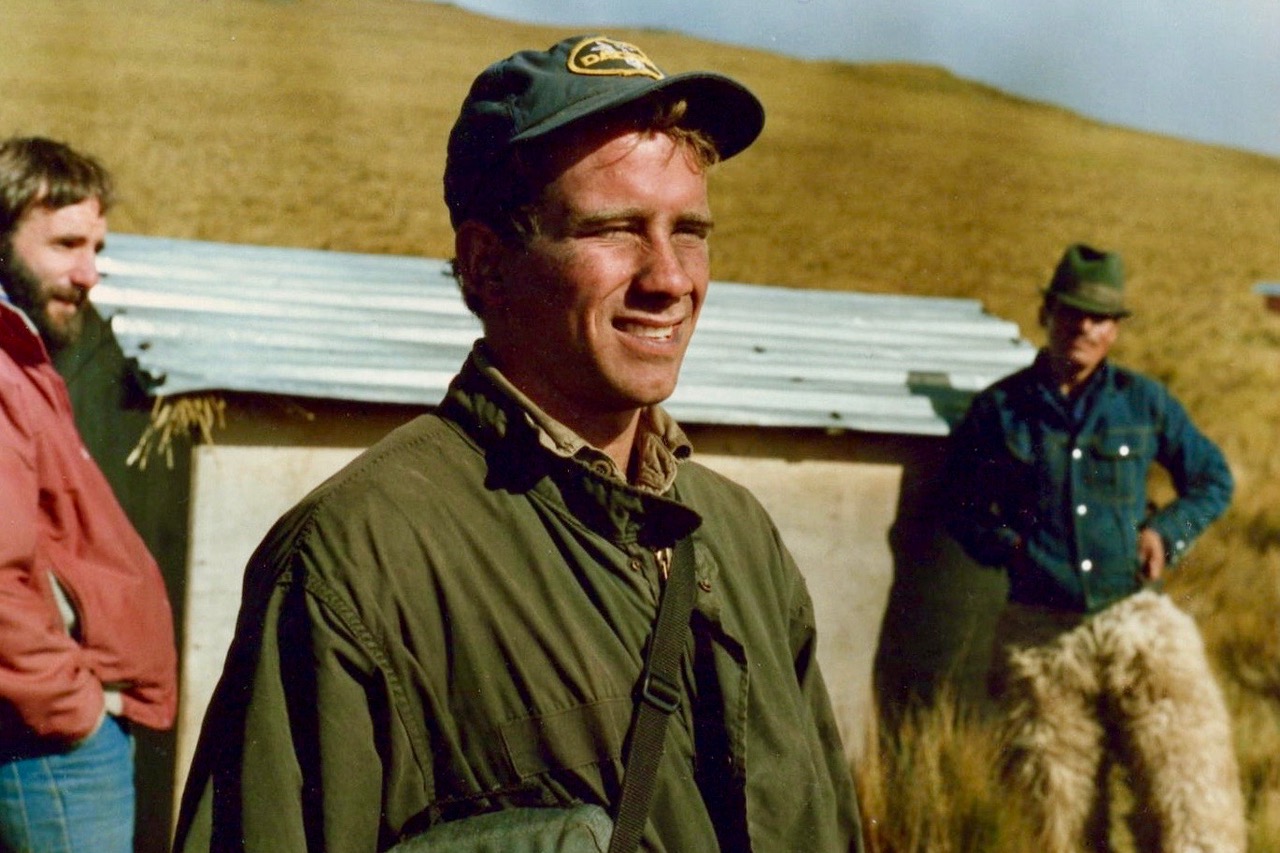 In Pacha Mama with one of my trainers and a campesino or farmer. Check out the wool chaps. (Photo provided by Follwell Dunbar)

Whenever I go to a conference, inevitably, I end up with a presenter who uses the classic icebreaker, “Two Truths and a Lie.” In the activity, you tell two things about yourself that are real, and one that isn’t. The others have to guess which one isn’t true. To make it more challenging, you always try to make your truths as far-fetched as possible. For this reason, I have a stash of go-to truths – truths that conveniently sound a lot like lies. They include falling off the world’s tallest active volcano, being mistaken for the Colombian cocaine cartel kingpin, Pablo Escobar, and swallowing a huge live roach. But, the one that almost never fails to deceive involves sheep. Allow me to explain.

I was a Peace Corps volunteer in Ecuador. I was part of the country’s inaugural Programa de Ovejas, or sheep program. I, along with four other aspiring shepherds, spent four months training in the little town of Lloa, a tiny hamlet perched precariously on the slopes of the volcano, Wawa Pichincha.

While in Lloa, we learned just about everything there was to know about sheep management — from cropping tails and shearing fleeces to cleaning hoofs and rotating pastures. And, of course, we learned about castration. 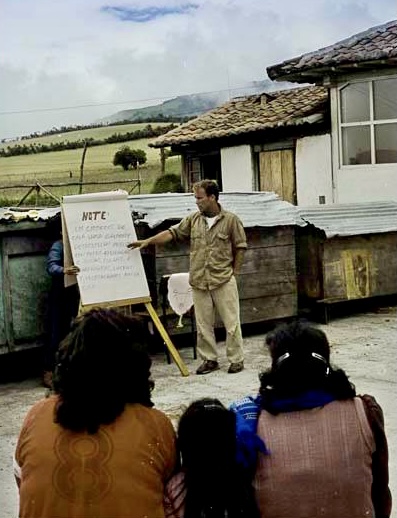 Farmers castrate animals for a number of reasons. In our case, it had to do with the quality and quantity of wool production. Ecuador’s sheep were the descendants of those originally brought over by the Conquistadores in the 15th and 16th centuries. Over the years, these creole sheep had grown scrawny and produced less and inferior wool. Our task was to cull out the undesirable rams and then bring in purebred animals from Australia and New Zealand to breed with the country’s small but hearty ewes.

The most common form of castration involves a crimping tool with the disheartening name, “emasculator.” It is designed to crush the vas deferens, rendering the animal sterile.

Another approach employs a pair of ring pliers that places a rubber band around the poor animal’s pocketbook. After one to two weeks, the testicles simply drop off like an overripe fruit; the animal often looking down at the missing member in bewilderment. Finally, there is a surgical option better left to trained veterinarians.

For our castration charla or lesson, we trekked up to the town of Pacha Mama. Contrary to its name, “Mother Earth,” Pacha Mama was one of the most godforsaken places I had ever been to. High above the tree line, it was bitter cold, and it lacked most (if not all) modern amenities, like electricity or running water.

The night before our practicum we met with the town leaders in a large, smokey yurt-like structure. There, they slaughtered a lamb in our honor. They strung it up by its hind legs, slit its throat, caught the draining blood in a rusty galvanized bucket, and then scooped out cups to pass around like New Year’s libations. They also removed the animal’s still-warm heart, considered a delicacy, and shared it with their guests. Not wanting to be culturally insensitive, I tried them both. Two days later, while throwing up (and down) in the tall grass, paja larga, I regretted the gesture deeply. If nothing else, it did give me more fodder for the aforementioned workshop icebreaker. 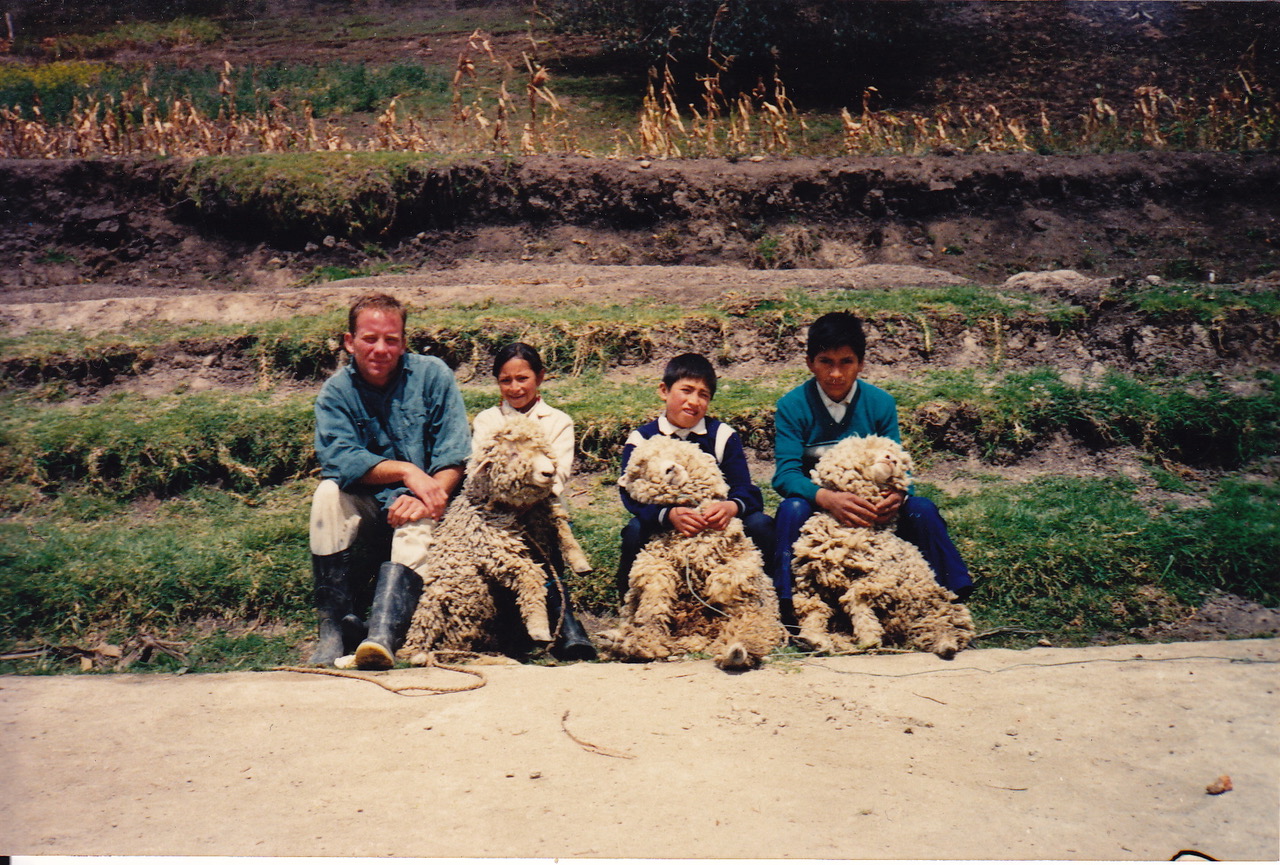 The following morning, our two trainers, Eduardo and Jose, directed us to use the emasculator to dock tails. Apparently, tails interfere with good animal hygiene. (The details of this are better left to the reader’s own imagination.)

We then started using the crimping tool to cull out the undesirable males. After a few successful crimps, Eduardo turned to us and said, “Unfortunately, many of the communities you’ll be working with, won’t have an emasculator. You’ll have to improvise.” He paused for a moment to see if we had any ideas. When it was clear we didn’t, he continued. “The best way to apply just the right amount of pressure, is to use your teeth.”

As if he had done it himself, he demonstrated by lifting his lips and gently rubbing together his right canines. “It’s really quite simple,” he said. “Any volunteers?”

Being rather naïve and highly competitive (see lesson number 2 below), I leapt at the opportunity like a honey badger in an apiary. I threw the unsuspecting ram on its side, assumed a numeric sex pose, and went in for the gonads. Probing with my tongue, I found the vas deferens and clamped down with a couple of flat incisors. 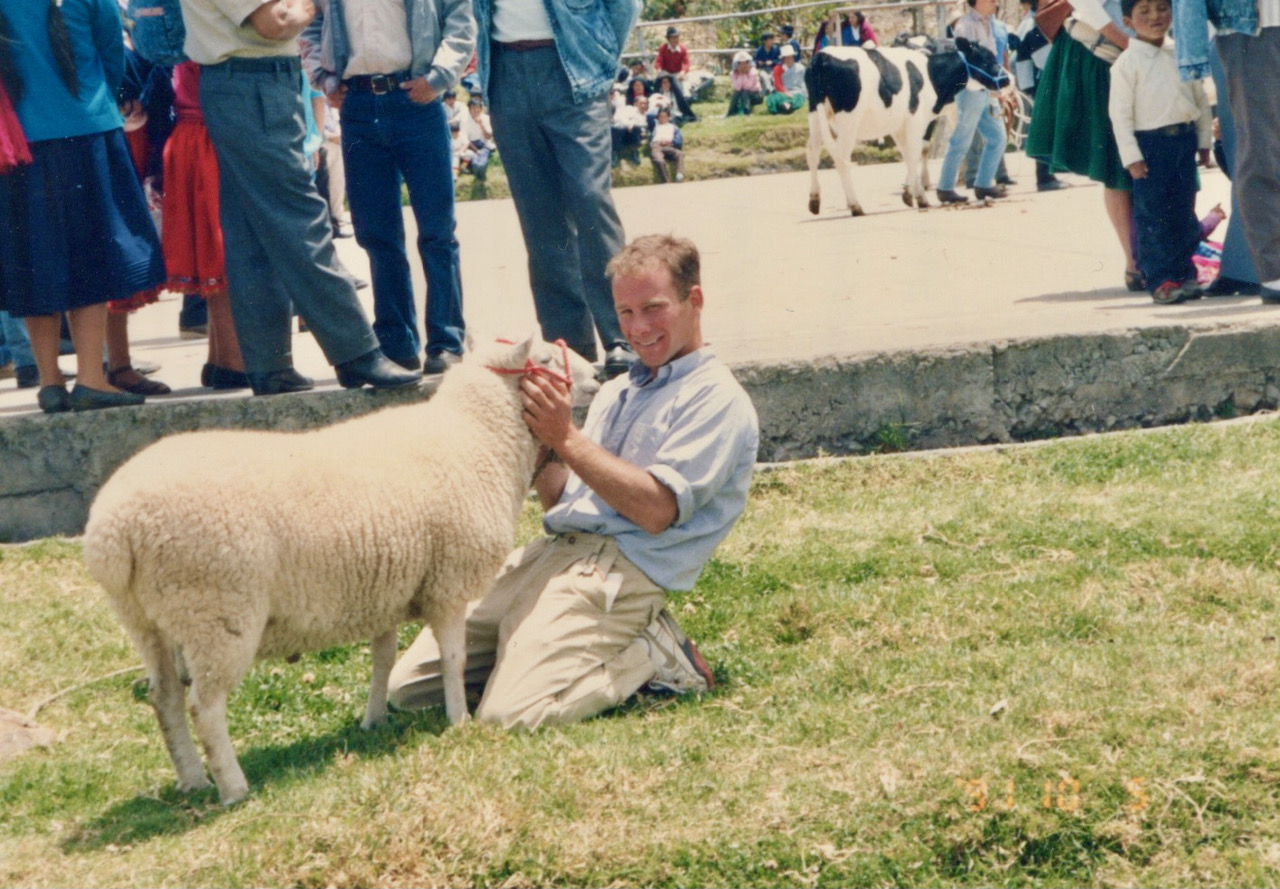 I was expecting the animal to kick and thrash – to bleat “bloody murder!” But, instead, the ram quietly complied. I’m not sure, but I think he may have actually enjoyed it. (Note: I once castrated a pig. He definitely DID NOT enjoy it!)

With the taste of fresh lanolin on my tongue, and with thin strands of wool clinging to my parched grinning lips, I looked up at my trainers in triumph. They, along with my four fellow voluntarios, collapsed to the ground in laughter. Obviously, I had been duped.

Needless to say, they ribbed me for the rest of my Cuerpo de Paseo.

Here are a few take-aways from this rather humiliating experience:

Folwell Dunbar is an educator and writer from New Orleans. His memoir, He Falls Well, includes other survival tails like this one. When he isn’t suffering from castration PTSD, he can be reached at fldunbar@icloud.com

would have expected nothing less from you Mr Dunbar and I will NEVER play 2 truths and a lie with you ever again. Thanks for the story.

Scott Saltzman
Recent Posts on ViaNolaVie
Become a ViaNolaVie Patron!     Your donation supports the work of ViaNolaVie to: Provide a platform...

The poetic city: “Where the Sidewalk Ends – Your Life”
Creative Writing