A tale of two cemeteries

Writer’s Note: For this research project, I investigated cemeteries and burial practices in New Orleans throughout history, and created a comparison of two different women as well as their lives, deaths, and burial. I imagined what their obituaries may have looked like at the time of their death. 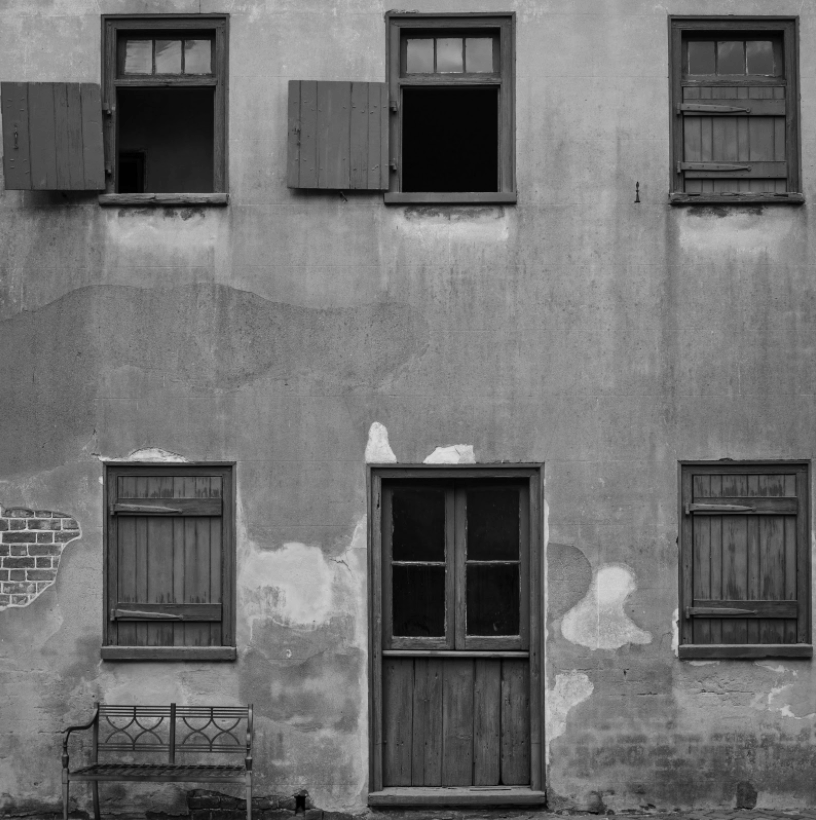 A Jane Doe has been reported dead this week. She was considered an urban slave, and she worked as a housemaid for local estates. Her master has been identified and he wishes for himself and the slave to remain anonymous. At 43 years old, she was one of the oldest urban slaves in the area, and most likely died due to old age. Her master has also declined to comment on the official cause of death. The woman has been buried in St. Peter’s Cemetery. St. Peter’s is known for being the final resting place of many slaves in the New Orleans area. The woman was a light in the community, and many slaves are mourning her passing. As an urban slave, she lived near the French Quarter, and her job as a maid allowed her to stay indoors most of the day. She loved to sing and tell stories to the other maids she worked with about her previous job on a plantation.

Spectators have reported that the woman was buried among three other bodies. There were large bruises on her arms, legs, and neck, and one witness claimed to have seen a large dent in the left side of her head. Her master has commented that she would often faint and have trouble standing for long periods of time, and he isn’t sad to have lost such an unreliable worker. 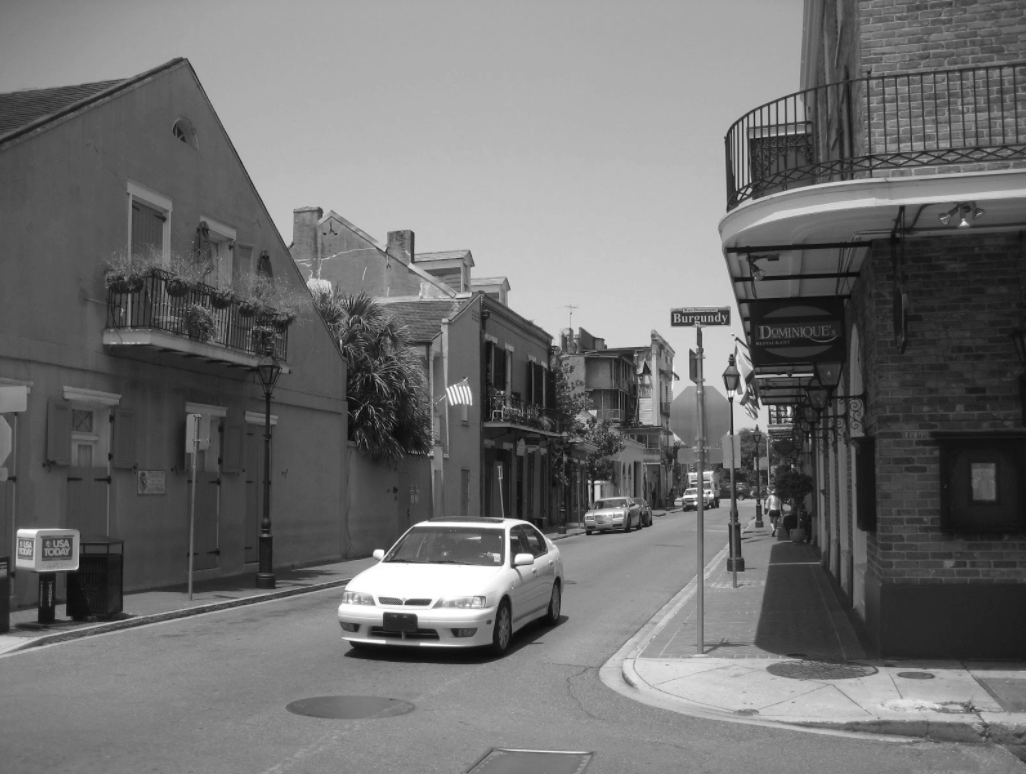 The woman’s husband died a few years ago and her kids have all been sold to plantations. Her master did not know where her husband was buried, so he chose to send her to St. Peter’s. A few days after her death, the woman’s newborn infant passed as well. The child joins his mother in the cemetery. There is no marker on the grave to identify where the body was placed.

Citizens living near the Toulouse and Burgundy intersection in the French Quarter are warned to be cautious during the coming days. This is the location of St. Peter’s Cemetery. The foul smell of digging up these graves is thought to lead to illness. Residents of the area should also be wary of the stability of the ground. Burial below the earth, as is customary in St. Peter’s, can cause the ground to weaken and bodies to rise to the surface. 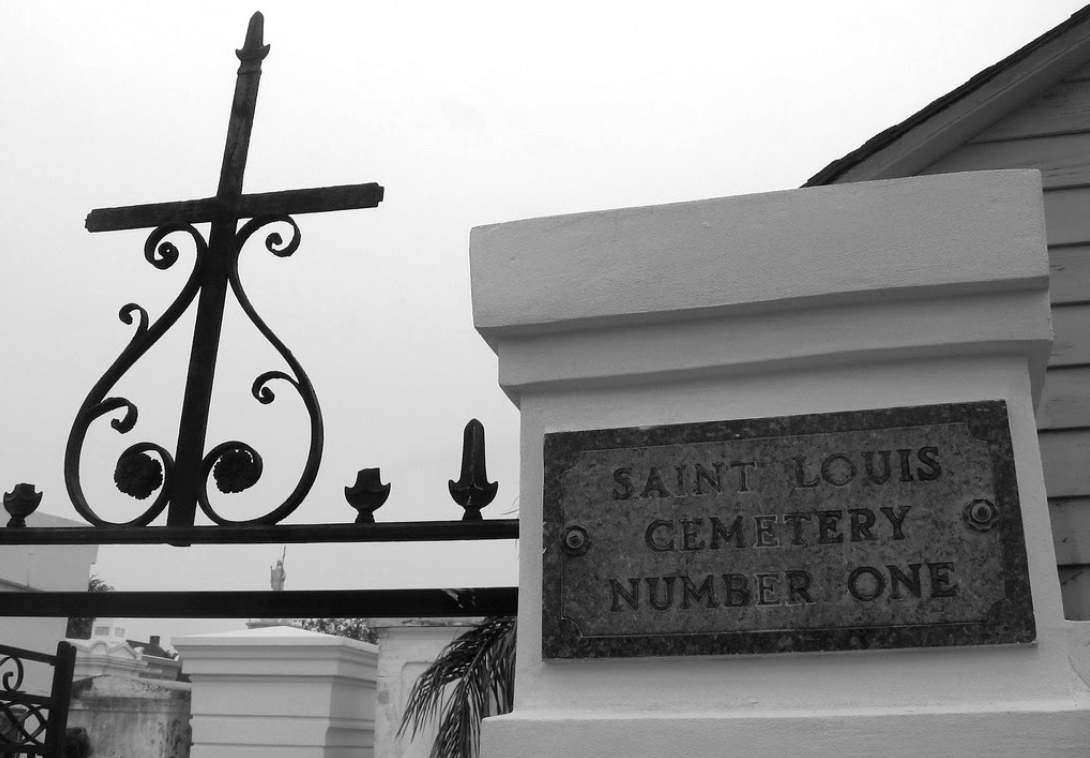 Affluent New Orleans woman, Mrs. Johnson, wife of Bruce Johnson, passed away this month due to unknown causes at the age of 43. She is remembered by her husband and four children. Her family comments that one morning, she simply did not wake up. She was experiencing a fever and cough and persistent health issues, so her death did not come as a surprise. As to not disturb her, the family has opted not to investigate further. The funeral for Mrs. Johnson was held on the 7th of this month. The Johnsons did not have a family plot in a cemetery, so Mr. Johnson has decided to invest in an above-ground mausoleum for himself and his children. The family has chosen to rest in the St. Louis Cemetery Number One. The estimate is that the plot alone cost upwards of $1,000, and the extra embellishments on the tomb could cost an additional $200. Because this marks the second to last plot in the St. Louis Number One, the price might have been higher. The cemetery is expected to be full by next month. About the expense of a plot, Mr. Johnson has been quoted: “You can’t take it with you, but Mary deserves to. And I hope one day I can take it with me too.” For this reason, the Johnsons have also opted to include an ossuary in their family tomb, so it can be used for decades to come. 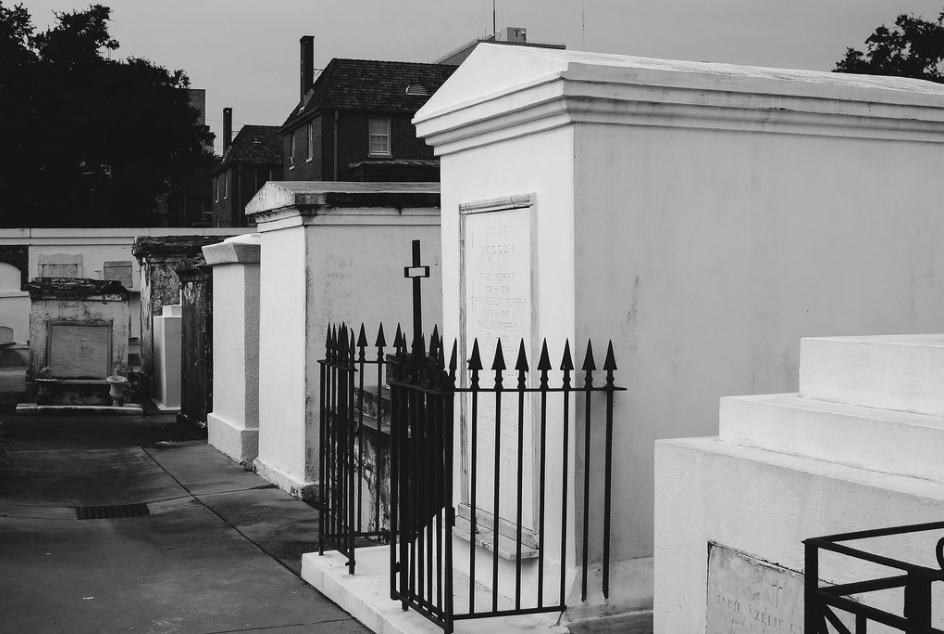 Mrs. Johnson was a delightful woman who was committed to her faith. Her husband has decided to mark her tomb with the Sacred Heart of Jesus to commemorate her devotion to the Catholic church. There is also an iron cross at the peak of the mausoleum. Decorations and symbols on tombs are celebrations of life, family, tradition, and culture. Flowers are spilling over Mrs. Johnson’s tomb from all of her friends and family who miss her dearly. A note at the base reads, “Mary, you are gone too soon, I send all my love to heaven”. Her favorite pastimes included needlepoint and spending time with the family dog. She also enjoyed throwing extravagant dinner parties for the other colonial families in the area. Those who want to visit Mrs. Johnson’s grave are encouraged to bring her flowers and candies, as they were her favorite. Rest in Peace.