Is housing affordable in New Orleans: Voices from The Listening Post

Each week on their WWNO radio segment, TLP explores issues ranging from healthcare and WhoDat, to tattoos and transportation. Listeners are able to contribute via TLP recording devices at local libraries or via a text messaging service, which then became source material for these programs. This piece aired on May 29, 2014. 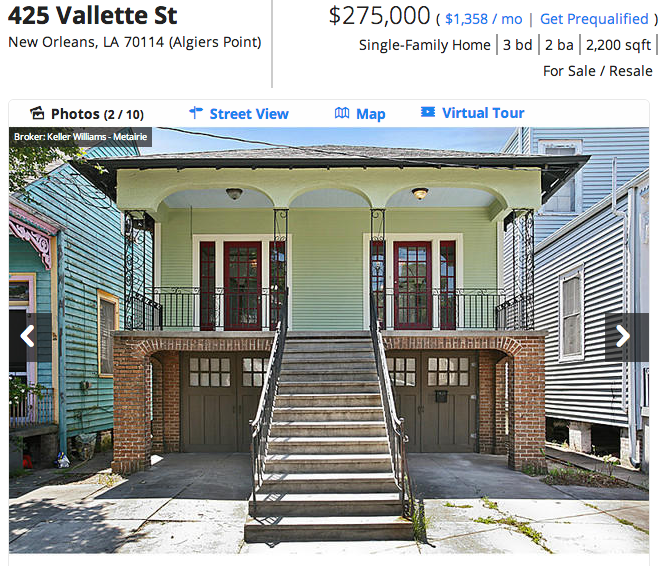 Housing costs in New Orleans have risen steadily over the past few years. (Photo provided by: WWNO/The Listening Post) 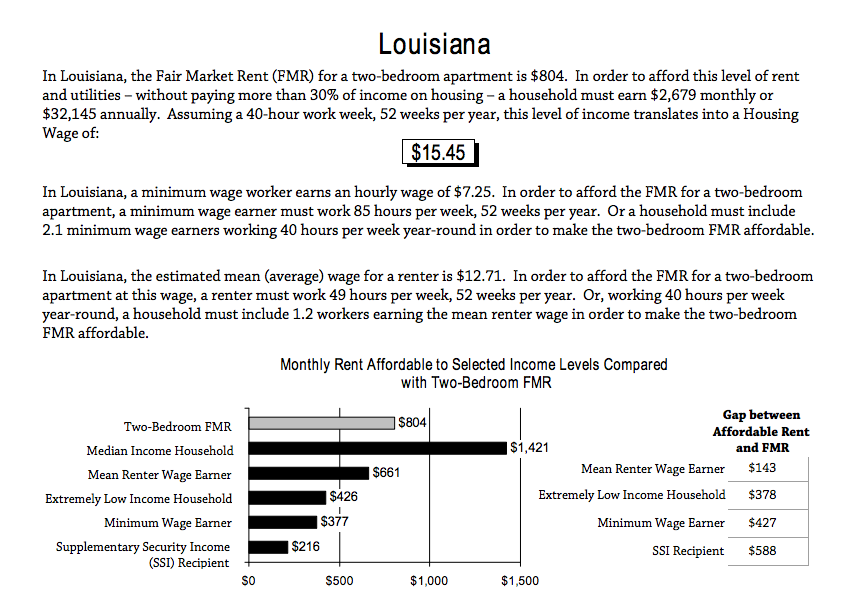 “Our profile as a city hasn’t been this high since the 1850s. People are coming here in droves. I think it’s just a matter of people wanting to be here,” he says. “For the longest time I thought this could be a bubble. More and more, if the forces that are causing what is happening continue, I think it’s more like a new reality.”

From Napoleon to Nicolas Cage, New Orleans has always been a coveted home base. A fun fact, unless you’re trying to live here on a more modest income.

The real estate website Zillow says the percentage of income spent by New Orleanians on housing was a steady 13 percent during the 1980s and 1990s. That number shot up to 35 percent in the past few years.

Elizabeth Elmwood grew up in the St. Roch neighborhood. Two years ago she decided she was ready to stop renting from her parents and buy a home of her own. She says she had to move across the St. Claude bridge to Holy Cross to find something she could afford.

“At some point I just reconciled myself to the fact that I would not be able to afford a house in the neighborhood where I grew up,” she says. “It used to be you could get a house in an up and coming neighborhood for under six figures. It’s obvious those days are over.”

Elmwood says she’s happy to see that parts of the city are getting fixed up, but worried about the disparity that can create.

“My biggest concern is seeing a completely polarized city with the haves and the have nots. Where you have completely destitute people living on Section 8, and affluent people who are only seasonal residents, living on a trust fund, who don’t demand accountability from local government because they are so wealthy that they’re not reliant on our thoroughly dysfunctional public services,” she says.

As always, we wanted to know what you think, so we sent out some questions via text message.

Here are some of the responses we got:

“I would love to live in mid-city, but can’t afford it. The same 1200 that gets me 2 floors of a raised double in Broadmoor would get me probably 800 sqft”

“I’d love to move back uptown off Freret, but the rent rates have doubled. We now live in Baton Rouge while finishing grad school at LSU, and it doesn’t look like we can afford to move home to NOLA.”

“Bayou St. John. Rent is ‘affordable’ because I have a good-paying job— unlike many people in NOLA. Affordability is just as much about wages as it is rents.The job market doesn’t support the rents. And ‘affordable’ here typically just means ‘low quality, aging housing in need of maintenance.’ Someone has to pay for the improvements to the housing infrastructure– either the public sector or ‘gentrifiers.’ Who’s it gonna be?”

“My ultimate goal is a French Quarter residence with a street side balcony, interior courtyard with a pool, and off street parking. Right now I enjoy living in mid-city, a pleasant environment with easy access to amenities. My rent for a 3 room raised double is 500 per month, which is ideal.”

“If I could live anywhere, it would be either the garden district or old Metairie. My ideal rent would probably be close to $800/month.”

“I have my heart set on uptown but can’t afford it. At all. Second is mid-city within walking distance to the streetcar-preferably canal -Carrollton area. Third is Marigny/by water. Ideal rent – two bedroom at or under 900/mo.”

“Bayou St. John would be my ideal neighborhood. I recently moved out of a run-down, tiny 1 bedroom in MidCity (near Carrollton and Bienville) that was $700/month. That seemed fair to me — but I know when I left, the rent went up by $100. I would absolutely not pay $800 to live in that apartment. It seems to be the reality now that to afford housing on an entry-level salary, living alone is no longer an option.”

“Since Katrina , the rents are out of control. A shotgun half a double that l wouldn’t give you 400 for prior to Katrina, in a bad neighborhood, now runs 1200 dollars a month ! If it wasn’t for my friend renting me what l got , l wouldn’t have been able to come home! This is highway robbery! The police don’t help or come most times all they want to do is write bogus tickets for money , while the city council raises taxes. For what they pay around here rent should only be between 5 & 700 per month for a half a double.”

I am an independent active senior living on a Social Security check and small pension that is just below the official poverty guideline. I cannot afford to rent even a small place in New Orleans as I would have no money for food, etc. I was lucky enough to find an apartment in senior housing, and although I appreciate the price, there are so many rules that I feel like a child again. I am very grateful for what I have and every time I feel constricted in my situation an article like this makes me thankful for being lucky enough to have my cozy apartment. So many seniors have to be on a waiting list for years, so sad.

Audrey Coulter
Recent Posts on ViaNolaVie
Become a ViaNolaVie Patron!     Your donation supports the work of ViaNolaVie to: Provide a platform...