A new diversion could save Louisiana’s coast

To those paying attention to climate change, it is not news that Louisiana’s coast is struggling in a race against the clock as the sea engulfs its land. Louisiana’s coastal land is made up of ecologically valuable wetlands that protect Louisiana’s land and coastal communities. These wetlands “help to reduce inland flooding and erosion and act as essential habitat for fish, shellfish and other wildlife,” according to the United States Geological Survey. But Louisiana’s coastal wetlands benefit more than just vital ecosystems. The United States Geological Survey states that Louisiana’s coast supports over 30 percent of the United States’ commercial fishing industry as well as a large portion of its oil and gas: “An estimated 20 percent of the nation’s oil and gas is pumped from or transported through these wetlands”. The loss of these wetland is hurting and will continue to hurt the entire nation’s economy and way of life.

The contributing factors to coastal land loss are highly debated, but scientists and the Louisiana government recognize the wetlands are disappearing due to a lack of sediment redistribution. Man-made infrastructure in Louisiana disrupts the Mississippi River’s natural processes. The United States Geological Survey explains that: “Once, sediments carried down the Mississippi River and deposited in its delta naturally renewed the wetlands. But constructed dams, levees and flood control structures have interrupted that process.

New York Times reporter John Schwarts explains that Louisiana has lost over 2,000 square miles of land to since the 1930s. Schwarts attributes this dramatic land loss to“subsidence, sea level rise and the loss of sediment caused by construction of the levees along the length of the Mississippi”. According to Schwarts, those levees have worked in reducing flooding and have saved many lives, but they have also trapped the nourishing sediment that once naturally renewed the Delta with the spring floods. There are various factors contributing to this intense land loss. Schwarts says that in addition to the previously mentioned factors contributing to land loss, “channels cut for oil and gas exploration, have led to ongoing losses of about a football field of land every 100 minutes”.

As a part of Louisiana’s elaborate coastal restoration and protection master plan, the state aims to build the Mid-Barataria diversion in the Mississippi River, a $1.4 billion sediment diversion from the river into the adjacent marsh. In a warehouse laboratory in Holden Massachusetts, scientists have built a 1/65thscale replica of the Mississippi River. The aim of this project is to ensure that their design for a river diversion will be effective in rebuilding sediment and restoring eroded wetlands. 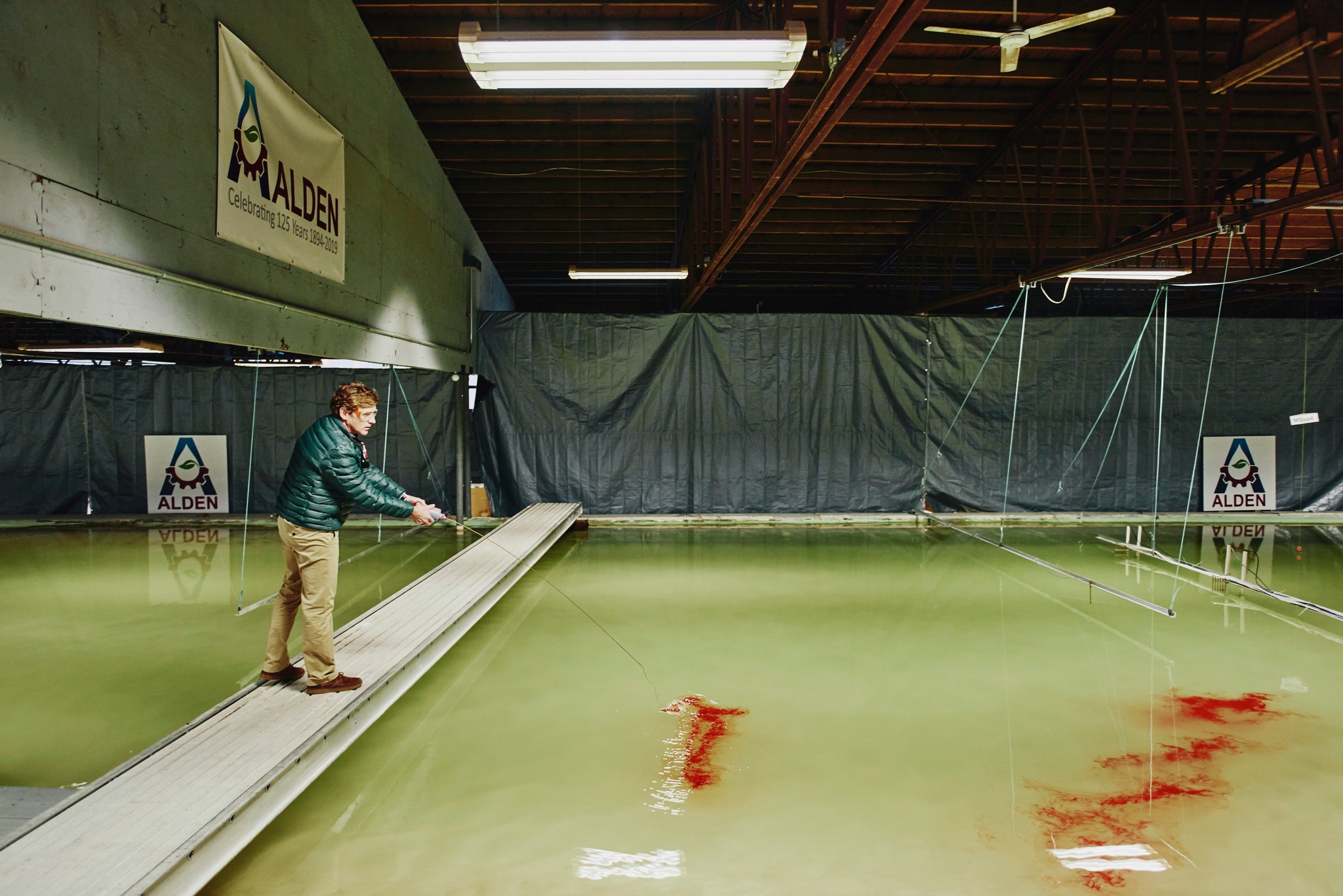 According to the organization, Restore The Mississippi Delta, a sediment diversion utilises a structure of gates that will be built into the Mississippi River’s levee system which will allow sediment and nutrients to flow into degrading wetlands with the flow of river water. These gates can be opened and closed which is a vital detail in ensuring the stability of the surrounding ecosystem. The influx of sediment and nutrients will help to rebuild land and wetlands.

I spoke with Alexander Kolker, an Associate Professor at Tulane University and a Coastal Geologist who studies sea level rise, climate change and wetlands across the globe. I asked Professor Kolker to speculate on the various impacts the diversion would have.

One element of the process of a project like this is government approval and the bureaucratic process. Kolker explained that the importance of a scale model such as the one in Holden, Massachusetts is that it will be effective in getting the project through the permitting process: “in order to avoid lawsuits and get through the permitting process they need a lot of good science and so I think models like this are really important to be able to get through the approval process and to be able to get through both the legal approval process and show the general public that the diversion is going to solve more problems than it creates”.

Another important factor of the diversion’s benefits depends on when the diversion would be opened. Professor Alexander Kolker explains that the Mississippi River carries the most mud and sediment in late spring and early winter. Kolker expressed that that would likely be the most beneficial time to open the diversion. Kolker went on to explain that “If you opened the diversion at its maximum in a time like August, when it hot, that’s probably when you’ll get the biggest problem and likewise that’s probably when you’ll get the fewest benefits because the river tends to be relatively low at this time”.

A final potential problem in this project’s development is the construction of a proposed liquified natural gas shipping terminal just upstream from the diversion. This could potentially ruin the effectiveness of the diversion as it could affect river flow.

The proposed Mississippi river diversion is an ambitious project which has the potential of securing a brighter future for Louisiana.