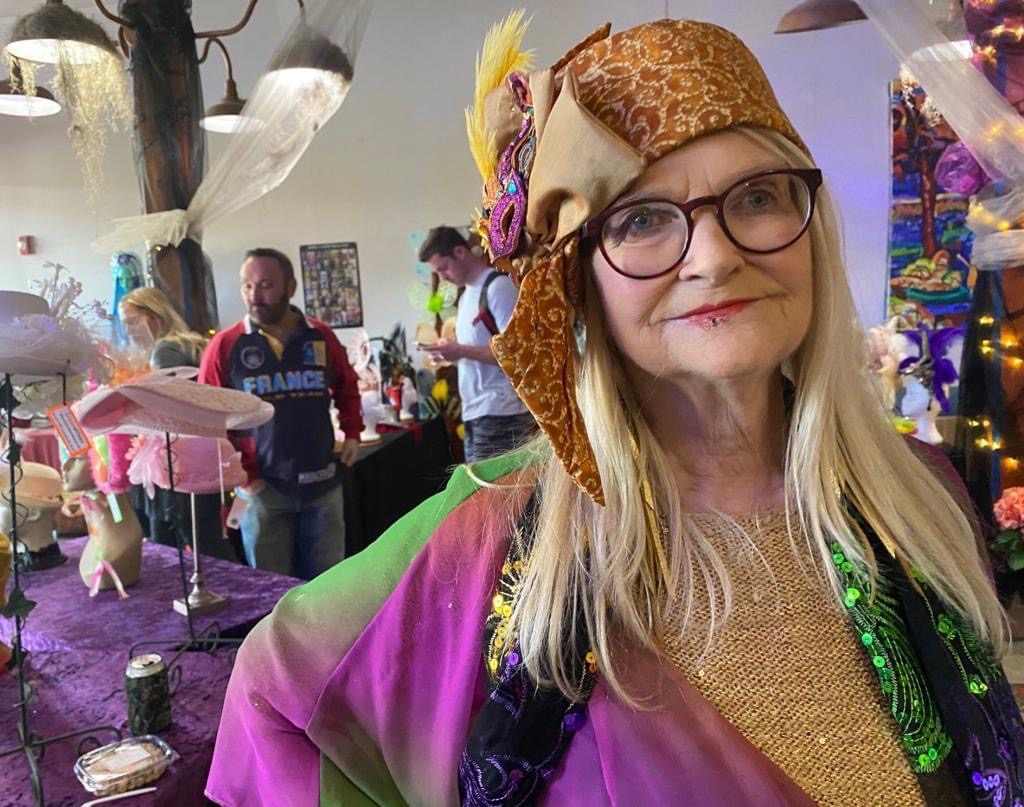 Pictured is the costume designer and flea market manager, Cree McCree, at the 2020 Carnival Costume Bazaar which she has been running since 2003. (Photo by Katy Reckdahl)

Cree McCree, a woman of many talents, holds the financial well-being of a vast community of creative laborers in her hands. This is not an easy feat. As the manager of Piety Market In Exile, a monthly art and flea market in New Orleans, she registers between 40 or 50 vendors each month, drawing from a list of about 500 artists, crafters, and vintage dealers. She also decides whether or not to hold the market based on extenuating circumstances, such as the weather and, you know, that pandemic that keeps circulating in the news rotation. Not only does she hold this important role, but she works simultaneously as a costume designer, expressing her own creativity in addition to managing creatives.

In order for both businesses to flourish – her own work as a creative and as a manager of creatives – she relies on a sense of community, both in how she interacts with creatives at the market, and how the creatives interact with each other. For instance, “if they get sick, they lose that pay day,” she explains. To lessen that burden on her vendors, she allows them to roll over their fee to the next market. This is not typical of all market managers.

McCree describes the vendors at Piety Market as very much “a whole community.” Though she sometimes sees competition among less community-minded vendors, who try to make more of a profit than their counterparts, most of her longtime vendors “will go out of their way to help newcomers that haven’t brought the proper equipment.”

To express her creativity, beyond managing the market, McCree is a costume designer. During Halloween and Mardi Gras seasons, she makes headpieces and hats, and decorates bras and bustiers, some of which are embellished with skeleton hands, a meticulous hand-sewn process. You can see her creativity at work at the annual Carnival Costume Bazaar, which she has been running since 2003. And beyond the flea market community, she has a support network through her family. After Katrina, she and her husband evacuated to Asheville, NC, where her son and daughter in law not only provided a place to stay. They helped McCree put on a Halloween fashion show in Asheville by recruiting their friends to model her Haunte Couture designs.

Through both her family and her community of vendors, McCree has a support network to help her through these trying times.

Making something more than art: The passion-driven photography of Brandon Robert and Frank Relle
Artists