New Orleans’ local music industry and community may have survived the failings surrounding Hurricane Katrina intact, but that survival has meant changes and adaptation for all players and aspects of hosting musical events.

The evolution of New Orleans’ music scene has continued steadily since Katrina, from changes in venue spaces and availability to adaptations in business models for music venues and event production. And the industry’s latest concern, the global COVID-19 pandemic, threatens to destabilize local live music for an unforeseen amount of time.

What New Orleans will look and sound like post-pandemic remains unclear. But we can still look back on the past 15 years to see how the local music scene and live music industry have changed, evolved, or preserved artistic and cultural traditions. This retrospective could offer both hope and insights for those currently employed within the industry today.

And who better to provide such insights than the very artists and event producers who have lived these changes in the 15 years since the storm? We spoke with a few local music industry folks to share their thoughts and experiences in the post-Katrina live music scene–albeit we can only fit but a snapshot of this complex topic in just one article.

In addition to local landmarks, restaurants, and small businesses lost to the failings surrounding Hurricane Katrina, several beloved music venues also closed due to, and in the years since, the storm. Local musicians reflect on a few of their favorite venues to hear and be heard performing music but which no longer operate today.

Funky Butt. “I have so many amazing memories there, hearing these musical geniuses like Jason Marsalis, Johnny Vidacovich, Nicholas Payton, Joe Dyson when he was probably 9 years old, etc.,” said vocalist and instrumentalist Sasha Masakowski. “Not to mention my dad [guitarist Steve Masakowski], who played there all the time.”

Funky Butt, Donna’s. “These clubs [and Cafe Negril] were like an extension of NOCCA for me, I learned so much in them,” said multi-instrumentalist and DJ Khris Royal. 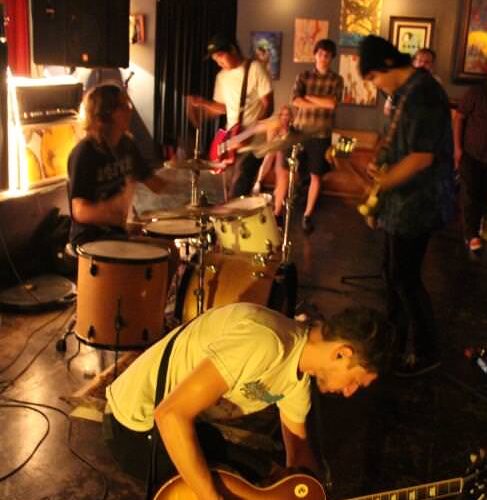 The Big Top. “That place was an all-ages art gallery music venue that paved the way for countless good times and shows,” said Community Records co-founder and co-owner of Hey! Cafe, Greg Rodrigue. “There was a freedom there that I miss.”

In With the New

Luckily for New Orleans music lovers, other venues have since opened in attempts to fill the void of venues lost to Katrina. Several new venues also house and support other genres of music not traditionally associated with the Crescent City, from electronic dance music, punk and metal to experimental and found sound. 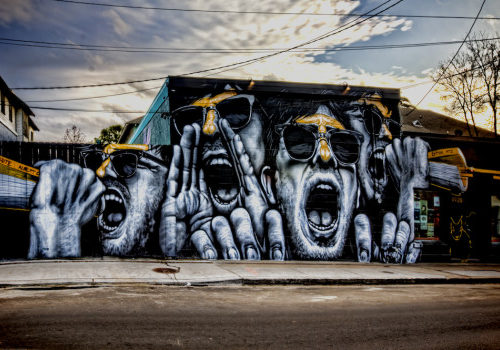 Gasa Gasa, a musical club that has continued to evolve but now is up for sale.

Gasa Gasa. “I felt like musicians needed a place, a stage, an audience who would let them just make art and perform their original music, because so many musicians (myself included) were getting burnt out just playing for tourists on Frenchmen St. all the time,” said Masakowski. “Gasa Gasa became that space, it was like a second home for a lot of us.” (Editorial note: Gasa Gasa has been posted for sale since these interviews were conducted.) 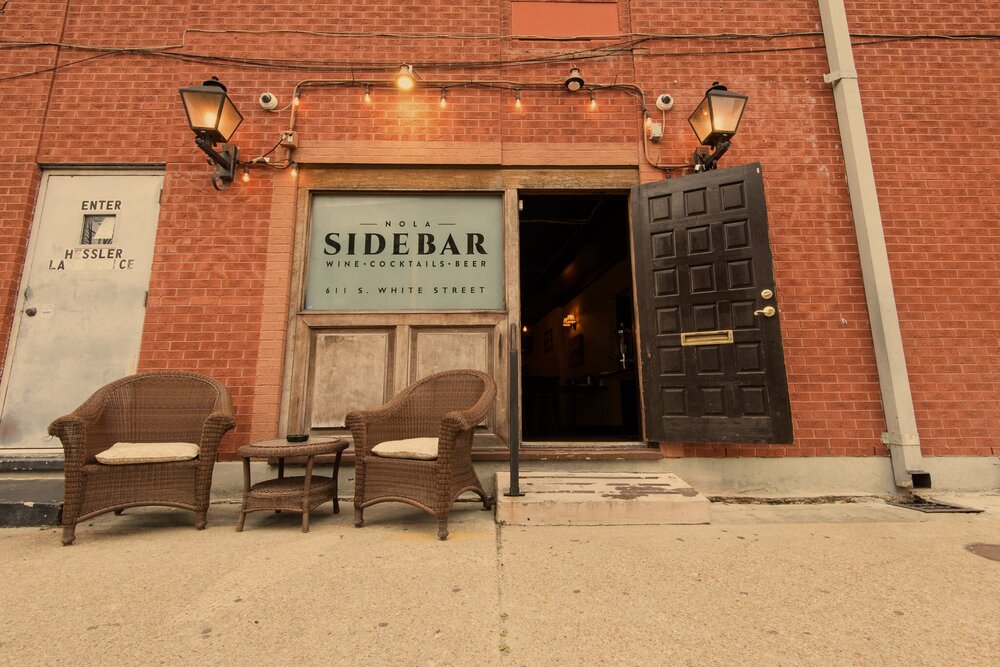 SideBar. “SideBar has been a home for purely improvised music, seven nights a week,” said Masakowski. “The owner, Keith, along with Andy Durta, curate an incredible array of music, and it’s a space where artists can feel completely free to stretch as far out as they wish, which is so important and so fulfilling for us. I’ve seen some astounding music there and played some of my favorite shows in that space in recent years.”

Three Muses. “It’s owned and operated by musicians, so they have a strong sense of community, whereas venues owned by developers and non-musicians seem to be more focused on the bottom line,” said singer-songwriter Mia Borders. “Three Muses feels like family and that tight-knit feeling is something that we all hold on to and appreciate after Katrina scattered us all to the four winds.”

Besides the venues and artists themselves, the overall atmosphere of the local music industry has also changed, for better or worse, in many ways. Notably for music lovers and performers alike is the gradual transformation of the live music, song choices, and sounds themselves.

“One of the biggest changes is the music,” said Royal. “Back then you would hear a lot of different types of music in the city. People weren’t afraid to experiment and create. Nowadays with the way Frenchmen Street is set up, most of the bands aren’t playing original music, or even classic New Orleans music.”

“I’m all for things evolving,” he continued. “The issue I have with this evolution is that it was based in the clubs no longer charging a cover. This practice has led to the bands playing pop songs off of the radio with horns, something NOLA bands have always done.”

“This is really holding back the music because no one is trying to create anything new,” said Royal. “They have to play songs people recognize because the band next door is doing it for free, and if you try to play original music, the tourists don’t seem to have much patience for it. What used to be a musical incubator has devolved into Bourbon Street Lite.”

Post-Katrina recovery efforts brought a number of new residents to the city, including musicians, and many more have streamed in since. This influx continues to support New Orleans’s reputation as a melting pot of a city, vibrant in diversity and inclusion.

However, the sheer number of musicians looking for work in the city strains the already limited number of venues and opportunities for paid gigs. New Orleans may be a live music haven, but a finite number of venues and performance spaces can only host so many artists before oversaturation sets in. 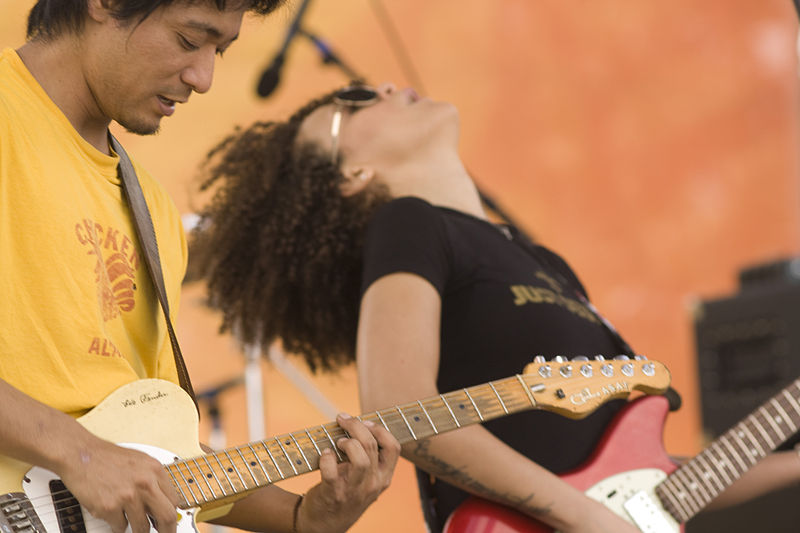 “The past few years have seen so many music venues pop up and so many out-of-town musicians moving here that oversaturation has become a problem,” said Borders. “That oversaturation has led to fewer venues charging a cover in order to get more foot traffic, and thus, fewer venues offering a guarantee to performing musicians. That means that while I started performing with a full band, more often than not these days, I perform solo or as a duo due to budgetary reasons.”

In addition to which venues have opened and closed since Katrina, it is also important to examine the range of external pressures that have influenced venues and their ability to operate in the city.

“What’s really changed is the influx of people into neighborhoods that were formerly inexpensive in terms of renting buildings for a venue,” said former owner of The High Ground/Cypress Hall, Jay Branch. “These areas have now exploded in price and made it impossible for many music clubs to succeed.

“Venues that host non-mainstream music such as metal, hardcore, punk, or ska can only maintain their existence within certain financial bounds that no longer exist in New Orleans due to the lack of property space,” Branch continued. “So it’s very difficult to put on events and price them in a reasonable range for the patrons of those genres.”

Only 15 years after Hurricane Katrina, New Orleans’ music community now faces yet another unprecedented challenge: the COVID-19 pandemic. COVID has become the new “pre-” and “post-” era, another collectively recognized marker in time, much like Katrina was for the Gulf Coast.

Over time, a clearer picture will emerge as to how extensively music venues and local artists have been impacted by this global public health crisis. But if post-Katrina New Orleans serves as any indication, this city and its renowned music community do find a way to bounce back and prosper against all odds.