If you haven’t heard Bryce Vine’s music, you haven’t experienced summer to the fullest. Vine, a master of musicality, uses his voice, beats, guitar and keys to create laid-back beauty. His music is all about “vibing”, whether you’re lounging in the pool, tanning on the beach, or driving with the windows down. A leading crooner in the Cali music scene, his songs are on every summer playlist worth their salt. He’s slick, sultry, and suave, with a vintage twist. His lyrics are understated and casual while his beats and dress are bold, popping with zest. All of his tracks are incredibly relatable; whether they’re about relationships, sex, dancing, dreaming, or other real issues, he frames his message in music and lyrics that we want to listen to. Vine expertly casualizes world issues, making them easier to deal with. He creates music because, to him, it’s therapy and happiness and he wants to share that with us; he constructs songs so that people can have fun and feel connected. Named the Most Booked College Act of 2019, it’s obvious that objective is being achieved. 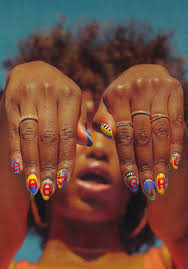 Vine recently released an album with two songs, “Baby Girl” and “Problems”, that are bound to be as popular as his other top hits: “La La Land,” “Drew Barrymore,” and “I’m Not Alright,” which earned platinum and gold records. “Baby Girl” is unlike anything Bryce has done before; and that’s purposeful. After realizing that he didn’t have a track you can really “pop and lock” to, he got to work developing one. Vine is constantly innovating, challenging himself to push bounds and genre barriers to produce creative, fresh exceptionalities. He understands that his musical growth comes from pushing himself into areas of discomfort. When at the Berklee College of Music, Vine experimented with different types of music — from Gospel to Jazz to collaborating with peers. Now he’s creating tracks that are a fusion of R&B, Hip-Hop, Pop, Rap, Jazz, and even a splash of Alt-Rock. That’s what makes him so unique — he’s not just a singer, a songwriter, or a musician; he’s all three. Vine’s a visionary in how he bends genres and molds them together.

Vine, short for “Vinyl,” was raised around music, first in NYC then LA. He made his stage name the short of “Vinyl” because of his long-time love of Jazz, developed by his dad and grandpa throughout his childhood. He and his dad also shared a love of R&B; but Alt-Rock, Bryce got into on his own. He grew up revering Third Eye Blind, Blink-182, and Green Day because of their unique talents of exposing truths through extraordinary music. Vine particularly loved how when Blink-182 performed, they enjoyed their art “to the fullest”. Yearning to be part of the action, he taught himself to play guitar at 13 and started a Punk Rock band at 16. His mom, an actress, told him to keep dreaming, and he did; now that dream is his job, and it’s harder work than he thought. That idea seemed to be the inspiration for my favorite track of his, “Sour Patch Kids.” No surprise, it has a sentimental 90’s spin between the lyrics, groovy bumps, and music video full of neon and “back to the future” vibes. “Sour Patch Kids” is full of raw emotion and dripping in Jazz, even touting a seductive trumpet solo that makes your heart, hips, and feet move involuntarily.

You can dance to most of Vine’s tracks in a slow, hypnotic sway, but “Baby Girl” is his first dance club bop. It’s upbeat and catchy, mixing Rap, Pop, Hip-Hop, and even a splash of Jazz. The track opens with an electric cello, transporting us back to the roaring 20s. The rest of the piece fluctuates between bouncy, fast, and hard beats, bringing us to the present street vibe. Emphasizing rhythm and playing with tempo, Bryce calls it his “dance-feel-good, all-out fun song” (Kawashima). His chorus, “Baby girl just wanna have fun with it,” makes you wanna shake what ya momma gave ya. And that clapping electronic bass to keep the beat fast and steady — it’s perfect for twerking. With his vibing energy and 90’s designs, he raps “Baby girl tryna call this bluff” leading to a frisky beat drop, pulsing in all the right places. Dripping with swagger, he whispers, “Baby girl don’t want no drama.” The music video makes the track more entertaining with everyone dancing to the song, whether they’re in the street hanging out, jumping double rope, or delivering pizzas. He’s right: it’s an “all-out fun” song will little substance and a bit of degradation; but what’re we to do — sex sells, copies and souls alike. He repeats “Baby girl just wanna have fun with it” over and over, faster and slower, with “She back it up and I grab it” mixed in. Seductive and meaningless — much like hookups –, it’s entertaining while it lasts. 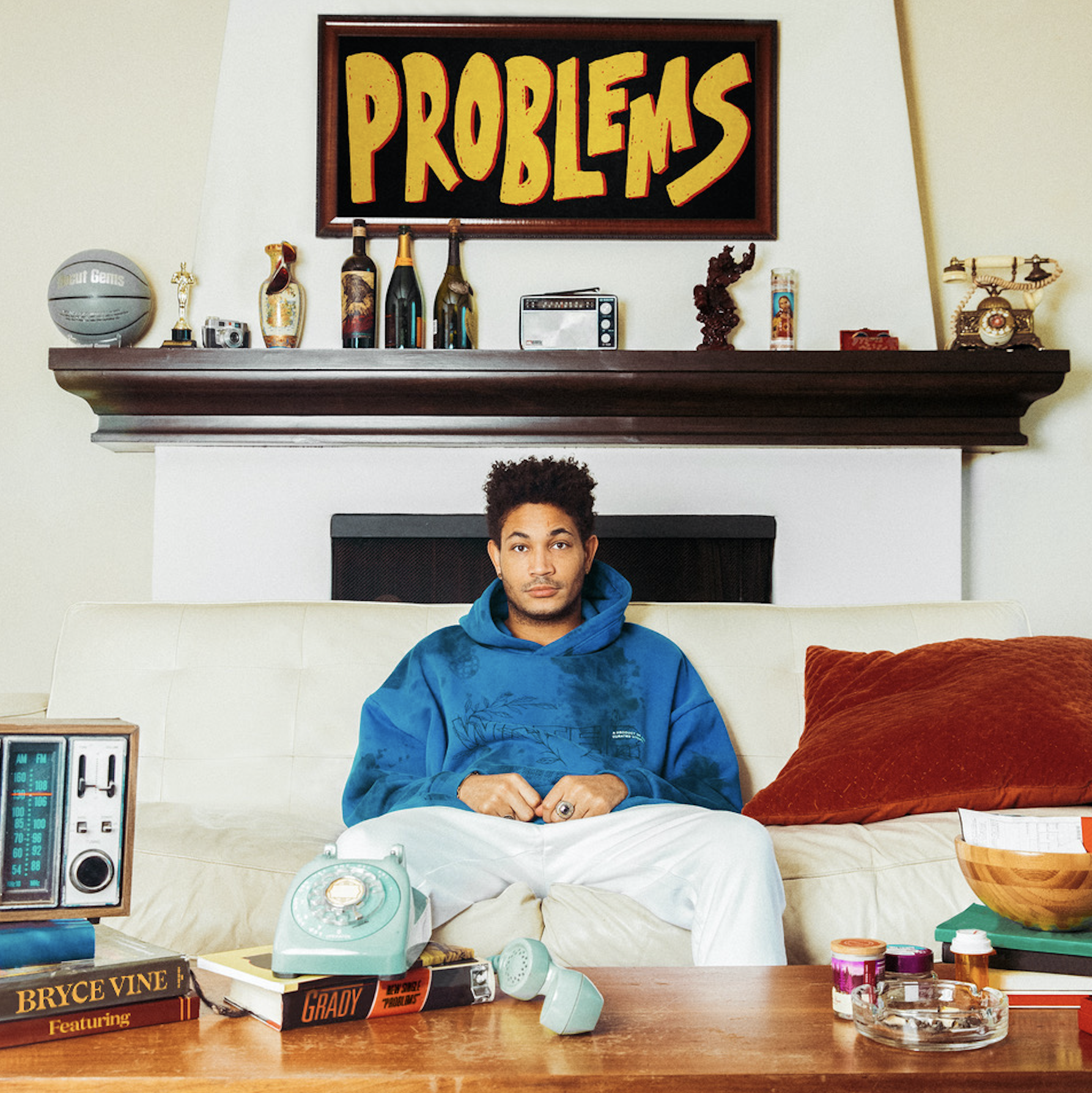 “Problems,” on the other hand, is a sincere piece of music that speaks volumes. With its warm acoustic guitar and soft snapping drums, you’d never know the depth of the song or what it preludes to. While all of his songs are relatable, “Problems” steps into a new realm of engagement. It has a sadder tone than many of his other songs, but still has that catchy beat — Vine’s signature. It’s authentic with a chill tempo, euphonic harmonies, and lyrics that move. This is one of Vine’s few tracks where he sings smoothly without any rap; it’s a slow ode that blends his distinct melodious vintage style with Indie-Pop and a dash of R&B. The song is inspired by COVID-induced quarantine and the fear of leaving the house: “All I see outside is problems.” Vine discusses the relationship between fear and moral obligation: “I been hidin’ in my room, I don’t think I’m gonna solve ‘em, But I can try, you know I do.” That’s what this song was about for Bryce — trying. He believes that times of hardship are the exact moments artists should act. Bryce explains he was “trying to put what quarantine felt like into a song” to empathize with and help those going through rough times. He hopes that listeners will be able to connect to the music and to him through it, thereby feeling less isolated or misunderstood.

Vine had no idea the significance “Problems” would hold when he released it on May 8th —  no idea it would become even more meaningful a month later when protests and riots broke out surrounding police brutality and Black Lives Matter. There is an intense connection between this world-wide Civil Rights movement and Vine’s lyrics of being scared to leave his house, “Feel[ing] like [he] might die, Every time [he] walk[s] out the door.” Vine intended “Problems” to be about quarantine woes, but as a Black man, it alludes to the struggles of being Black in America. “All I see outside is problems” is right! Vine ended up preluding a different disease just as deadly as COVID: Racism.

In his more meaningful tracks, Vine sings about “everyday traumas” — as Ann Cvetkovich terms them in An Archive of Feelings — from feeling lonely to scared, by relationships, growing up, or COVID. He performs for audiences to simultaneously identify and escape. Bryce provides opportunities to be vulnerable and “let [your] hair down,” demonstrating Cvetkovich’s point about the importance of examining everyday traumas and giving them the same attention and worth as monumental ones. Cvetkovich writes, “The music helps return the listener to the pleasures of sensory embodiment that trauma destroys” (1). In this, Cvetkovich and Vine are aligned, which is interesting because Cvetkovich rebukes therapeutic practices while Vine declares music one.

While Vine’s tracks have varying tempos, meaning, and levels of electronicity, they always have a really fresh, clean beat. Vine totes a voice made out of honey and an intimate style that screams groovy. I know I just wanna boogie to all his tracks, mellow and upbeat alike. Vine expertly blends emotion and musicality, providing cool serenity that simultaneously jigs and connects. Vine blends the music he grew up with to the popular music people want to hear; he brings Jazz, Alt-Rock, and R&B into his best Pop and Rap songs, fusing genres in his one-of-a-kind way. A self-proclaimed “suave hippie,” Vine’s inspired creativity is a recipe for feeling dreamy, kinda high, and never alone.