An interview with a New Orleans filmmaker

Film has been a major interest of mine since I can remember. As a little kid, Friday nights were my favorite because my mother would take my brother and me to Blockbuster to rent a movie. Through movies I could travel to new places, meet new people, and see new perspectives while still remaining at home. Film sparked a curiosity in me that no other medium could. I was delighted when Professor Angela Tucker agreed to let me interview her for my Tulane Media Histories project. In addition to being a professor at Tulane University, Angela Tucker is a film director, writer, and producer. Her resume is quite extensive as Professor Tucker has worked on and created numerous films spanning various genres. Her production company, Tucker Gurl, is an incubator for many of her films as well as other cinematic works. This interview was the first time that I actually got the opportunity to speak with a filmmaker and I couldn’t wait to hear her story and thoughts on film.

The following is an excerpt from my interview with Professor Tucker, in which she responds to my question of what project of hers she is most proud of: 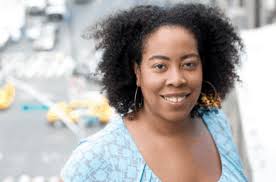 Professor Tucker: “I guess my documentary, (A)sexual, because no one had ever made a film about that before. And I get emails all the time about people who didn’t know that that was an identity. And finally sort of see themselves in that and, you know, it was like the first kind of big thing that I did, you know. I feel like it reflects me in a lot of ways, this in terms of my voice…I think that it’s really sort of made a change in a way that I couldn’t even predict, and it was a really hard film to make and I’m still sort of proud that I like was able to get it done.”

I chose to share this quote because I think it perfectly captures the power that film has. (A)sexual, the documentary Professor Tucker made and is referring to in the quote, is a study on asexuality and follows a community of people who do not have sexual attractions. Hearing Professor Tucker discuss the feedback she received from audiences exemplifies what’s so special about film and filmmaking. By making this documentary, Professor Tucker accomplished two honorable feats. First, she brought awareness to a group of people whose stories have seldom been told. Second, and arguably even more important, Tucker created a piece of work in which people could see themselves on screen, and finally feel represented, heard, and acknowledged. Professor Tucker’s primary mission in filmmaking is to highlight underrepresented communities; and from looking at her films and filmography, she appears to be doing a great job.

Cultivating a creative haven in the Crescent City
Artists