New Orleans thrives on an expansive tourism industry. This industry has curated a city identity that emphasizes all the fun that New Orleans has to offer. While that identity succeeds in terms of attracting tourists, it covers up a complicated and problematic history. For hundreds of years, New Orleans has supported racist systems — from slavery, through the Jim Crow era, up to today, which is evident in the enduring segregation of our neighborhoods. These two sides to the city’s identity seem to undermine each other, which makes the job of tour guides so difficult and important. One of those tour guides, Sandy Hester, has embraced that difficulty and actively chooses to share the city’s  sometimes hidden and definitely sordid and oppressive history. 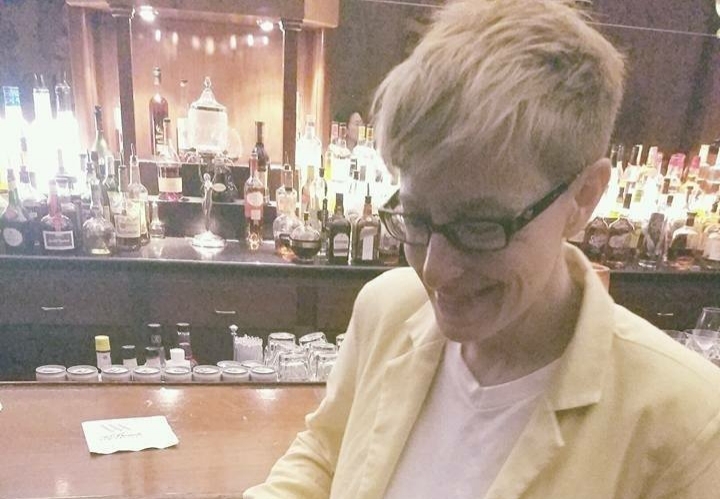 Hester enjoys her time off. (Photo by Sandy Hester)

While Hester says that she knows some other white tour guides who “simply do not feel comfortable” talking about slavery, Hester hopes that she gives the history of marginalized and oppressed individuals and groups the respect they deserve. She does not see her whiteness as a means of avoiding the history of racial oppression; instead, she discusses slavery as well as the local civil rights movement while acknowledging her position as a white person. “There are just things I can’t understand nor can I truly convey,” Hester said, but she does not back away from those difficult conversations in hopes to always be as respectful to people of color and their history.

Hester’s gender has also influenced the content of her tours. She  includes overlooked stories about women’s history, which further reveals her commitment to sharing the true and complete history of the city, even though it is not pretty.

She views her position as an opportunity to teach people things that they would not have learned otherwise, even when that might be difficult. Hester realizes that not every tourist wants to face this, and her commitment to telling these stories anyway is a reflection of her values.

One of those tourists who did not agree with her tours left a review online calling her tour “radical feminist agenda tour.” She knew that “he [thought it] was a bad review,” but, this didn’t bother her. She considered it “absolutely the best review I’ve ever been given.” Her pride in this review goes even further — she says that she “want[s] that on a t-shirt.”

Work like Hester’s is crucial in New Orleans because the city is driven by the tourist industry. Hundreds of thousands of visitors come through the city each month, but many do not learn about the city below the surface. The “fun” culture of New Orleans for some to submerge in often makes it easy to ignore the oppressive history that got us here.

While tourism has always been important in New Orleans, it has become even more so since Katrina. This is evident in the Tremé neighborhood, where Hester leads some tours. For hundreds of years Tremé has been the home to important African American history, but, since Katrina, much of that history has been covered up by gentrification. When Hester leads those tours, she goes beyond the surface to uncover that history, which is crucial to preserving the culture that has come from that area.

Not only have Hester’s tours have been shaped by her own identity, but they have also been shaped by her commitment to facing the complete identity of New Orleans. Rather than putting on a performance that glosses over the horrible parts of our past, she confronts it. The result is genuine education and deeper interaction between the tourists and the city itself.

Pal’s Lounge: More than a bar
Entrepreneurs and Innovators