Artists in their own words: Christine Bunuan 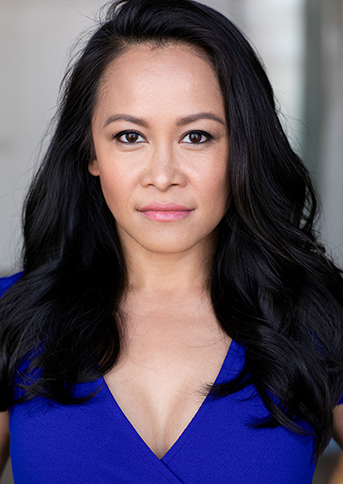 What: Actress, who will be staring in the role of Gigi in the upcoming Broadway production of Miss Saigon, which will be at The Saenger Theatre from January 21-26 as part of the 2019-2020 Hancock Whitney Broadway in New Orleans season.

A bit of a surprise: While on tour, Christine has learned how to cook in a hotel room. We are talking a promise of delicious brunch eggs for a four year old (see below to understand)

If you were given the chance to recall and see one moment (from history or even from your own life), whenever you wanted, what would you choose?

CB: My wedding day. I would love to see our wedding day over and over again. It was exactly how we imagined it, and it took us three years to find the location. Yet, once we found the location, we were able to plan the rest of the wedding within three months.

We had already thought about it and thrown some ideas around, so we were really just waiting for the perfect location. We had it at the Swedish American Museum in Chicago. It’s tiny, like a little storefront, and I just love that.

The room was perfect. There were beautiful hardwood floors, the walls were white and really simple, but they also had these beautiful paintings on the walls. There were six pillars in the room, and we actually ended up walking between those pillars. All our guests basically surrounded us in a circle. We had a wedding in-the-round [laughing].

A lot of my favorite memories have to do with the people in my life. That includes these cast members who become my family, other friends and family, aunts, uncles, and my Chicago family. They got to come together with us on that day, so it was a very special day.

[Pause in interview. A four-year-old cast member comes by Christine’s room to say hello and ask Christine to play. Christine offers to make eggs after the interview is over, so the now satisfied four year old says goodbye.]

What does it feel like to become a different person throughout your life?

CB: Growing up, I wanted to be anything and everything. At some point, I realized that the best way to do that was to be an actor. Every character that I play, I feel like they are a new part of me, and I get to explore a part of me that I never knew existed. Like with Gigi. So, I don’t know what it’s like to live the life of a prostitute, but there is something inside of Gigi that I didn’t realize also existed in me, which is, having the fight to survive. And I learned about empathy in a way that’s deeper than I ever imagined.

It really is like stepping into somebody else’s life and imagining what it would be like for me if I was in that situation. It has made me have a bigger heart and accept people for who they are.

I can’t imagine what life was like for someone like Gigi. I’ve met veterans, and refugees, and family members of refugees. There are people that helped women and children get out of war-struck areas, and all their stories are real and so impactful.

It’s not easy to then play those stories. It uses a lot of imagination, but it’s beautiful. I have this need to tell stories and to help people. I hope that I’m helping people with each story that I tell,  whether that means I make people laugh, or cry, or understand something they didn’t know before. 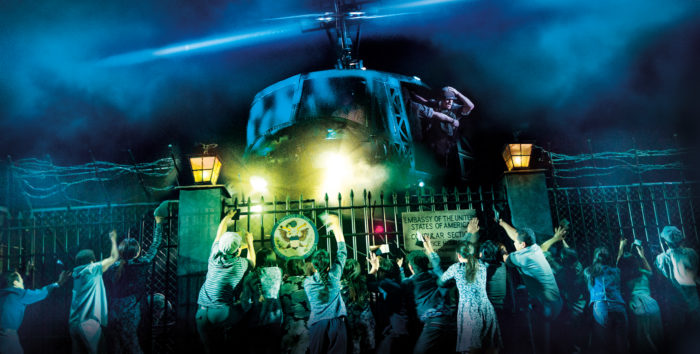 Initially, Gigi wins the title of “Miss Saigon.” What title, outside of your profession, would you love to win?

Whose voice do you always remember even if it’s not in your everyday life?

CB: My parents’s voices. I know that’s the easy answer, but I really do hear my parents in my head all the time. For instance, my dad likes to trade in the stock market, so he’s teaching me, and there’s a couple of stocks that I’ve been looking at. Every morning around like three, four, or five o’clock in the morning, I literally hear my dad say, ‘Did you check that stock?’

I wake up, I have a bit of a panic, and then I remember what I did with the stock, and I’ll fall back asleep. That will happen over and over again.

The best part is that the voices are always incredibly helpful. I hear my mom’s voice when I’m in the store, and I’m thinking about what to cook. Whenever I’m making decisions, I hear their voices, and it’s very comforting. They’re also the first people that I call whenever something happens so there’s a back-and-forth there that I love. 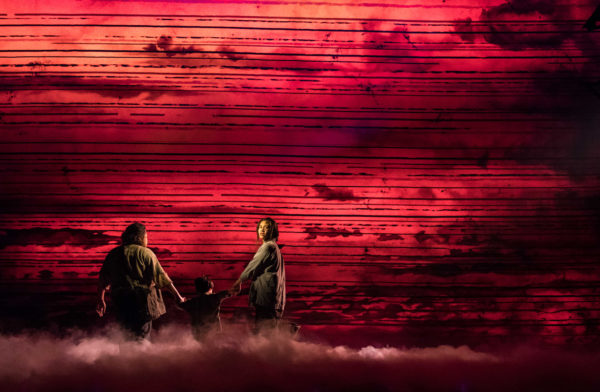 CB: There is obviously a story behind this, but the best line is, ‘No marking in Japan.”

We have this amazing actress with us on tour. She’s from Japan, and she always does everything 1,000%. This in in rehearsals and in everything she does in life. She’s always striving to do the best she possibly can. We started realizing that she lives life ‘full out.’ She never marks anything, so since she’s from Japan, we started saying, ‘No marking in Japan,’ whenever someone isn’t giving their full energy.

With the Miss Saigon show, there’s so many of us who are Asian Americans. Yes, we all come from different parts of Asia, but our cultures are very similar. We understand that ‘No marking in Japan,’ is funny because we are all overachievers. Even the types of foods we cook while on tour, how much we like to spend time with our families and how family-oriented we are, are connections we can all share.

There’s a line in the play where I say, ‘shoes off,’ and everyone gets it and laughs because in the Asian culture, when you enter home, you take off your shoes. When we perform in front of an audience and there are Asian-Americans, they die laughing at that line. They could all hear their mothers, their aunts, or their uncles saying that line. That builds an instant camaraderie, and that’s what we’ve built on this tour.

We are a family while we’re on the road. We eat together, we have outings together, and we support each other. And then, we get to be on stage together to perform this incredible play.

You can see Christine Bunuan in the role of Gigi in the Broadway production of Miss Saigon, which will be at The Saenger Theatre from Tuesday, January 21 through Sunday, January 26  as part of the 2019-2020 Hancock Whitney Broadway in New Orleans season. For tickets and more information, check out their website here.

Artists in their own words: Chase Cannon
Artists

Artists in their own words: Geneva Joy
Artists

Artists In Their Own Words: Julianne Siadek
Artists
We use cookies to ensure that we give you the best experience on our website. If you continue to use this site we will assume that you are happy with it.Ok