Artists in their own words: Eric Huffman 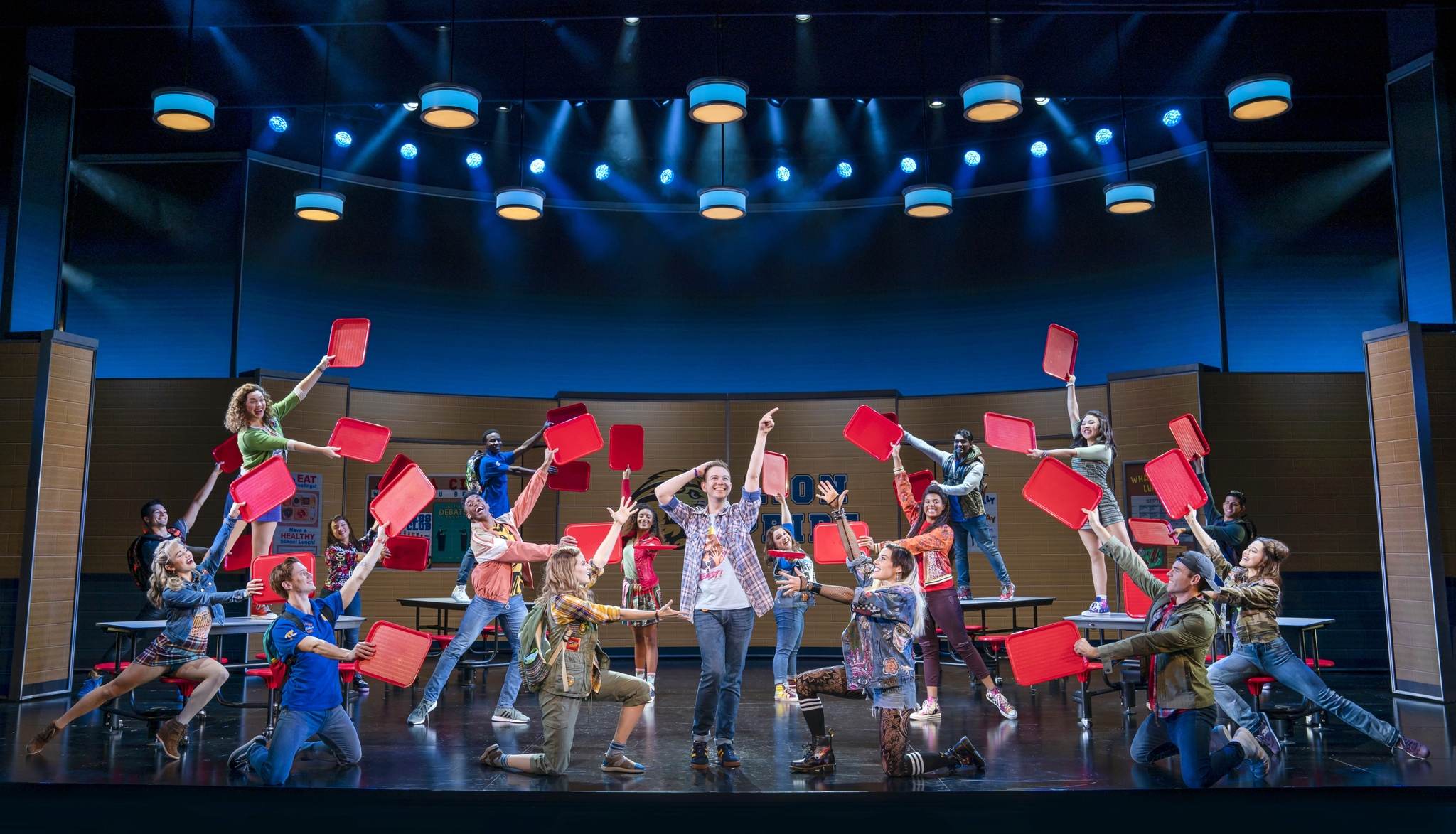 Eric Huffman plays Damien Hubbard in the upcoming performance of Mean Girls, which will be at the Saenger Theater March 17-22 (Photo by: TEG FOLKS)

What: Actor, who will star in the role of Damian Hubbard for the production of Mean Girls, which will be on stage at the Saenger Theatre from March 17-22 as part of the 2019-2020 Hancock Whitney Broadway in New Orleans season.

Something to note: He’s going to be celebrating his birthday while on tour in New Orleans, so if you see him, put a dollar on his chest!

Q: What’s a story that you’ve either read or experienced, directly or indirectly, that led you to a truth that stuck with you?

EH: One of the reasons I love being an actor so much is because I love storytelling in general. It’s something that has so much meaning and connotation around it because it’s what we do as people — we give stories for others to take with them.

It’s interesting because my dad’s favorite book is the Lord of the Rings, and I read for the first time when I was 11, which is far too young to be reading that book. But I liked it, and I enjoyed the accomplishment of reading something that long and in that word at that age. Of course, I loved when the movies came out because everything became even more alive. Now, about every four or five years, I go back and read that book again. I feel like at every age in my life, I learn a different lesson from it; I associate with different characters; and I view the story from a different perspective.

The last time I read it was about three years ago, which, not to bring politics up, but that was when the last election was. Therefore, the whole ‘crowning the King’ scenario in the book caught my attention. I kept thinking, yes this guy Aragorn is supposed to be the king; it’s his birth right, but is that what should really happen? Is that what the next evolution for this kingdom should be? I  wasn’t even focused on the ring; I kept thinking about the political angle.

I definitely wasn’t thinking about that same idea when I read the book at the age of 11. I knew what a president was and who the presidents were, but I didn’t think much about them beyond that.

Q: Your character and Janice’s character narrate the theatrical version of Mean Girls. If you could choose anyone from the Mean Girls’s cast to narrate your life, who would you choose?

EH: I would definitely have the actor who plays Coach Carr in this cast be my narrator. He is one of the most ridiculously hilarious comedian-type people I’ve ever met. He will go out and do the craziest voices that are so committed that they always work.

He can break me onstage in one line. I play opposite of Janice throughout the show, and she’s hilarious, but I can keep it together with her. He says one line, and I’m gone.

Although, I’d be nervous about him narrating my mornings because I’m very bad at mornings. I  don’t get out of bed happy or easily, no matter what the day is. Coffee will need to be had first. 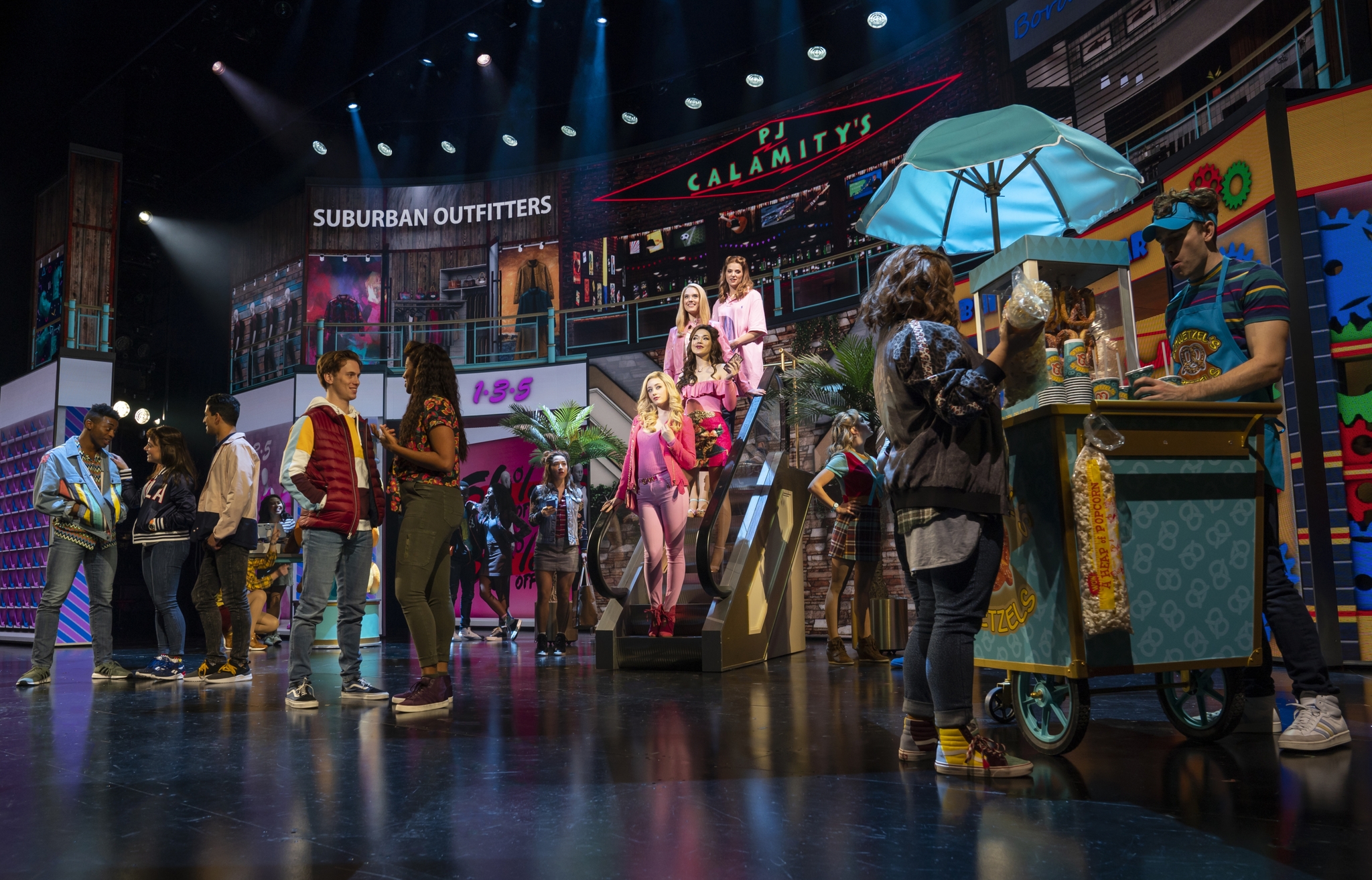 Q: How do you think  costumes affect your interactions with people?

EH: It’s so funny you should ask this because in my costume fitting we started with the shoes. Gregg Barnes, the costume designer, says that he wants you to feel comfortable standing as your character first and then build up from there. I love that idea.

There’s something that happens to all of us when we get into costume and become a character. In rehearsals, it’s easy to start playing around and getting to know each others’ characters within the confines of the show, but then all of a sudden when that person is in costume, everything changes. Someone shows up in a leather jacket, and you’re like, ‘Whoa. I see you now.’

With my character of Damian, I love the entire first act because for every scene he wears a different diva t-shirt. And, the t-shirts  go backwards in time — getting more vintage as the scenes pass. He starts with Alyssa Edwards from RuPaul’s Drag Race, and ends act one with Judy Garland. It’s fantastic.

Q: What’s something from the early 2000s that you’d like to see come back into circulation or popularity?

EH: [Laughing]. Oh, remember the early 2000s? I was such a nerd at that age that I had no idea what was happening in pop culture. I was all about school and math. Actually, you know what I’d like to see come back? Bill Nye the Science Guy. Bring him back.

But I want him to come back for adults. He could have a show where he says, ‘Remember everything I taught you as a kid? Well, here’s how you apply it to your adult life.’ I would totally listen to him if he was explaining how to file your taxes.

Q: Mean Girls and the concept of being a ‘mean girl’ has been around forever. What role do you think mean girls serve in life?

EH: I actually have a  theory about this. A lot of people don’t know that the movie Mean Girls is based on a book, Rosalind Wiseman’s Queen Bees and Wannabees. The book is non-fiction, and it’s a self help book for mothers with teenage daughters. I read it when we were in rehearsals and realized just how smart Tina’s adaptation is because all of the dialogue that happens and all of the iconic themes are in that self help book as  examples of situations your daughter might end up in. They are real life examples of what Wiseman actually saw happen.

I think what makes it so able to be related to. This isn’t just some random fictional story. We shape the story around real people. On  a deeper level, the book is about psychology. All of us can find ourselves in one of those character, and it really speaks to us.

You can see Eric Huffman star in the role of Damian Hubbard for the production of Mean Girls, which will be on stage at the Saenger Theatre from March 17-22 as part of the 2019-2020 Hancock Whitney Broadway in New Orleans season.

Artists in their own words: Jasmine Easler
Artists

Artists in their own words: Mark Routhier
Artists