Artists in their own words: Safiq Hicks 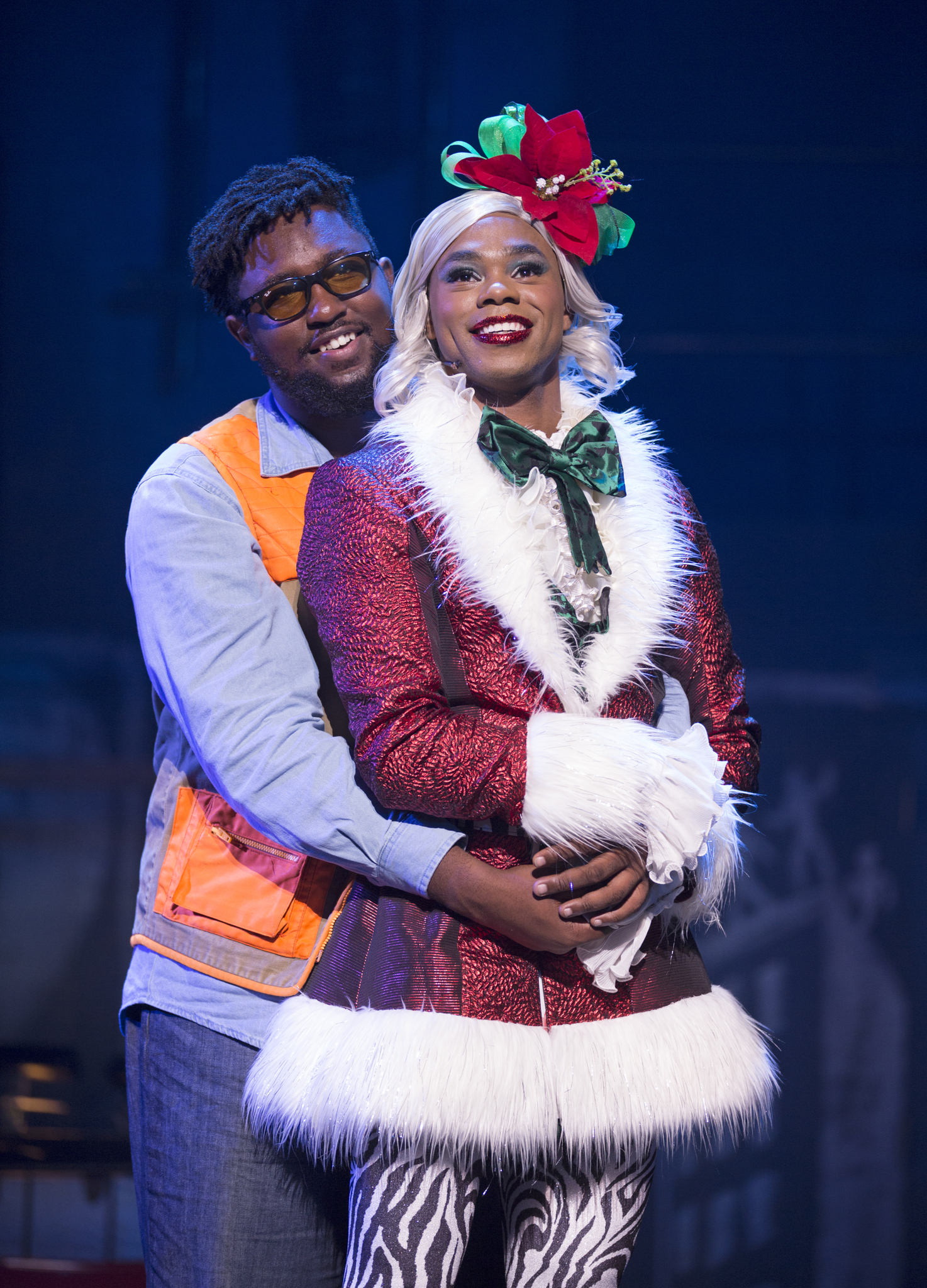 Tom Collins (Shafiq Hicks) and Angel from the production of Rent, which is coming to the Saenger Theater November 26-28 (Photo by: Teg Folks)

What: Actor, who plays Tom Collins in the upcoming engagement of Rent, which will play at the Saenger Theater on November 26-28.

SH: Tom learns to really be open. That’s number one. He meets Angel at the top of the show after literally being beat up by a group of thugs. Angel listens and says, ‘I’ll take care of you. You don’t know me at all, but I’ll take care of you. I’ll make sure you’re well, and I’ll get you back to health.’ He knows that from then on it will be a ‘you and me’ experience. I feel like that opens Tom up.

He’s an anarchist, so he’s already on the progressive path, but as far as full-on love and relationships, I think this is a new one for him. Then, throughout the show he learns to deal with love in all of its stages; he sees relationships come together, and then he sees relationships fall apart. He has to learn to be open to whatever love throws at them, including himself.

KC: The concept of the play is “We don’t want to pay rent,” so we are going to flip that. When in your life did you feel like you should be paying more rent because you were getting way too good of a deal?

SH: [Laughing]. Honestly, this experience. The first time I got on this tour, it was mind blowing. I hadn’t just come from doing straight opera stuff and chillin in Philly with my gigs. I was cool; I was getting a degree; and I promised myself that after college I would start auditioning, but I would wait until I finished my degree first. Before I started auditioning in that way, I went to a random audition for Kinky Boots. Then, they called me for Rent.

At first, I thought, ‘I’m underqualified for this,’ but no one else feels the same when it comes to the cast, so now I’m part of this group where I’m learning and getting to have this amazing experience. I definitely feel like I should be paying them, especially because it’s kind of school for me. Coming from a vocal musician’s world,  I’m learning so much here.

A lot of time musicals, at least the musicals I’ve done, are based off how I can sing, but this show is about having certain acting chops plus singing and thinking and responding. [Laughing]. I feel like I should be paying them for tuition. 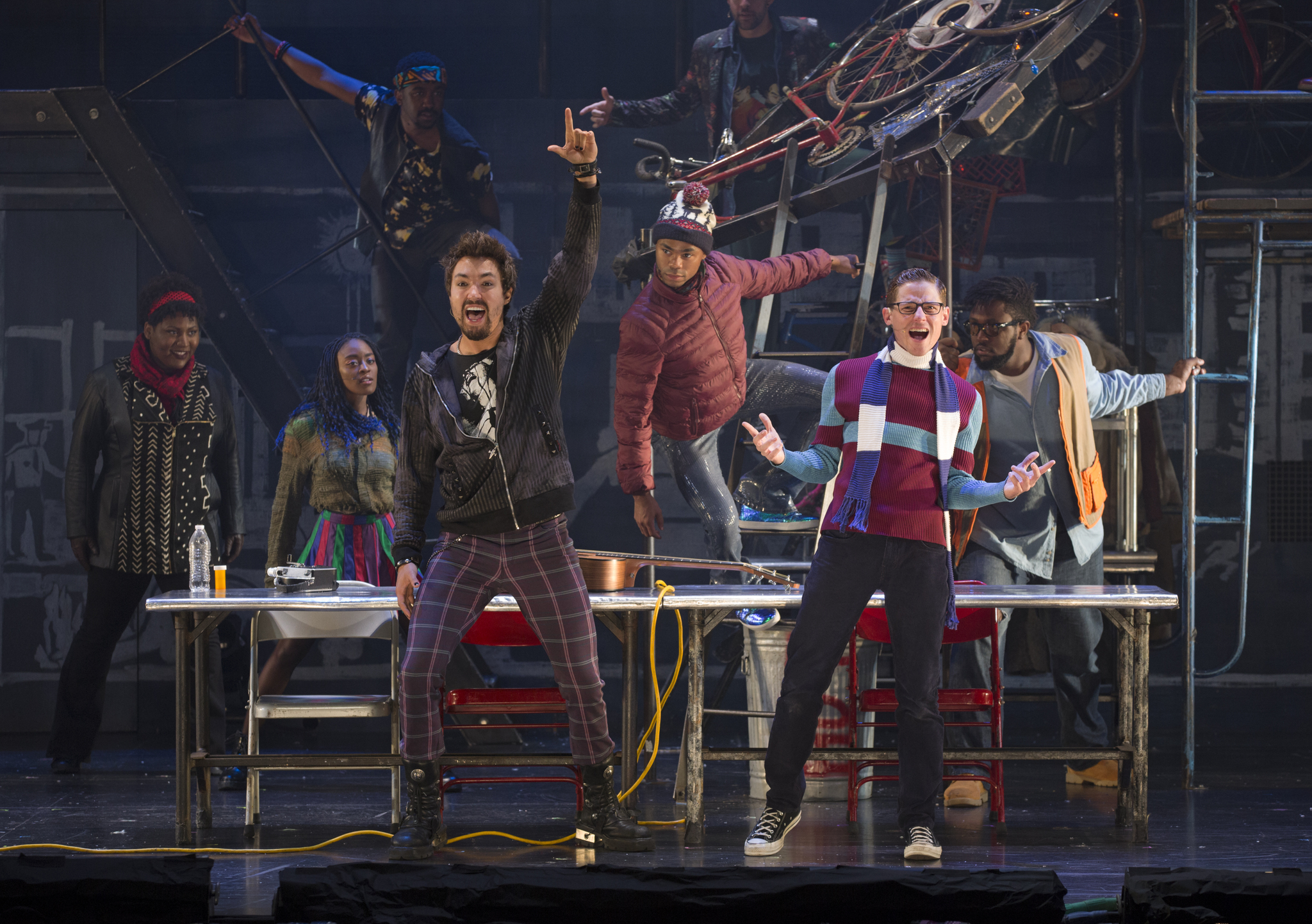 The cast of Rent, which is coming to the Saenger Theater November 26-28 (Photo by: Teg Folks)

KC: Ready for this intense one?

KC: Why do you think humans make excuses for inexcusable behavior?

SH: [Laughing]. You weren’t kidding. Let’s truly get into it. I think that most humans want validation in life. They want validation that they’re correct, number one; that they have a purpose, number two, and that someone loves them, number three. So, they try and defend the inexcusable behavior to satisfy those needs and to get more people in their camp. They need to prove to themselves that they’re right and to prove themselves worthy of purpose and dignity. The need to be validated by the rest of humankind; that’s possibly why they defend the behavior so much.

Yet, we need to realize that there’s no excuse for some of that inexcusable behavior.

Exactly. That can apply for many things in the world right now. 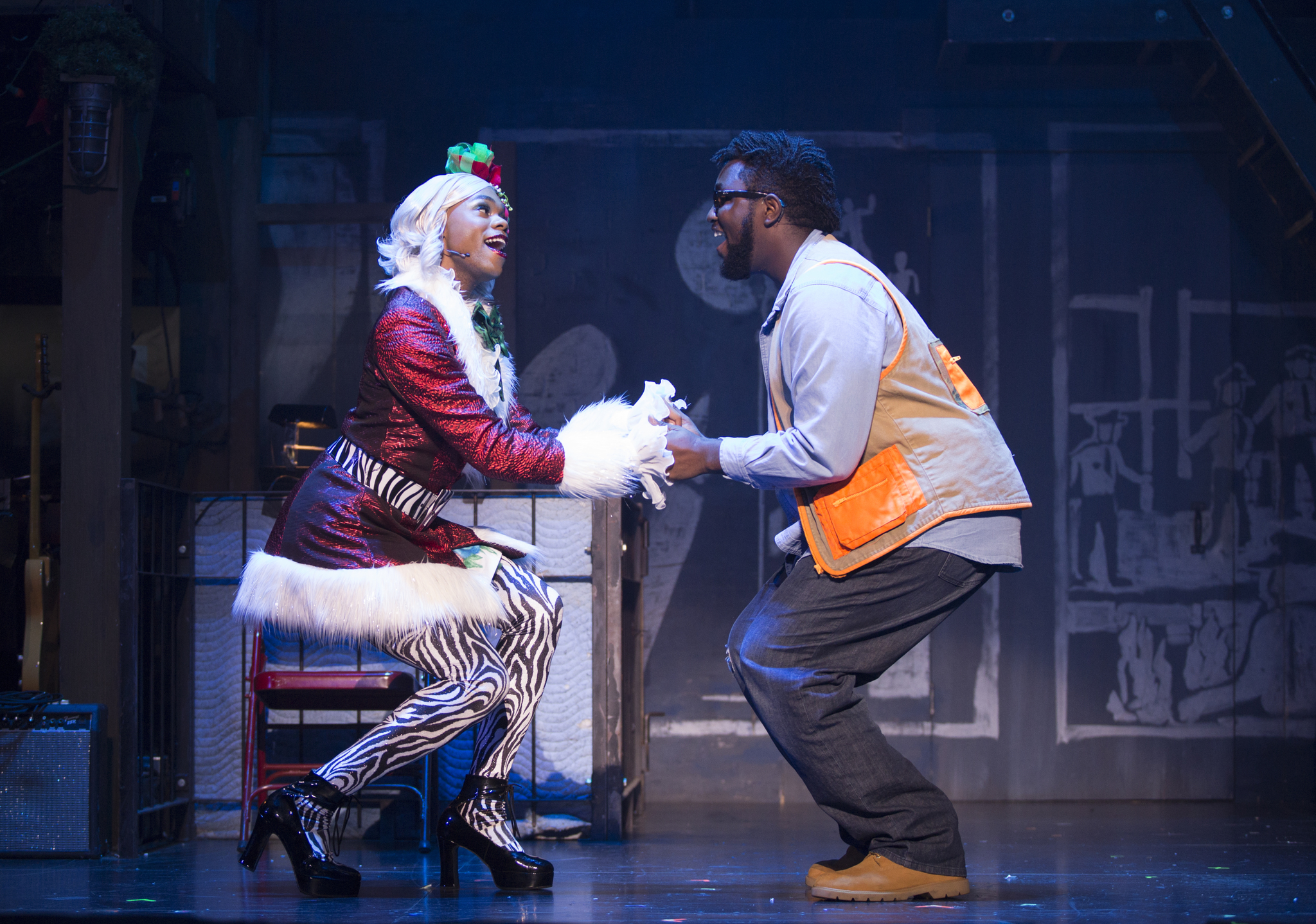 Tom Collins (Shafiq Hicks) and Angel from the production of Rent, which is coming to the Saenger Theater November 26-28 (Photo by: Teg Folks)

KC: Out of all the characters in Rent, who would you want as a lifelong roommate, and we are talking full commitment. You have to room with this person for the rest of your life; even if you get into a relationship, a new job, etc. they’re part of the deal.

SH: As Tom, he was roommates with Mark and Roger, so I feel like he would be cool with going back to them. Actually, he does go back with them, so that works. As for me, Shafiq, I’d actually love to room with Maureen. I think. [Laughing].

She’s so extreme sometimes, but the extreme comes from the love that she has for humanity. I’m typically more of a calm person, but I love humanity as well, and we would bond over that. When I think of her ‘Over the Moon,’ piece and how she’s fighting for social justice and change and to disband capitalism, I think about how I’m fighting all of those on a daily basis as well.

Also, she’s hilarious. I would love it if I roomed with her and got to see her developing her performance art pieces and watch her go through bouts of relationships.

I’m one of those friends who loves to listen to people; I love talking through someone’s problems and helping them, and I think she would have plenty to talk about.

KC: What’s the worst food someone has served you that you ate out of politeness but had to muscle it down?

SH: [Laughing]. I can’t believe I’m going to say this considering we are coming to New Orleans, but grits. I hate grits. [Laughing]. With a burning passion, it’s probably one of the worst things I’ve ever tasted in my life, and I remember my parents making them when I was a kid. I didn’t want to waste food or anything, and I wanted to make sure I was polite, but when I got into my adulthood and was able to choose what I ate; I never touched a single grit again.

But, I have to say, in New Orleans, you all add things to grits, so I might give them a try. But that texture on its own just doesn’t sit with my tongue.

Wonderful, so when I come to the show I’ll bring you a box of ‘insta-grits.’ The just-add-water kind. [Laughing]. You’ll love it.

[Laughing]. I’ll take those grits to the next level.

You can see Shafiq Hicks star in the role of Tom Collins for the production of Rent, which will be on stage at the Saenger Theatre from November 26-28 as part of the 2021-2022 Hancock Whitney Broadway in New Orleans season.