Mental illness in New Orleans: Putting an end to stigmatization 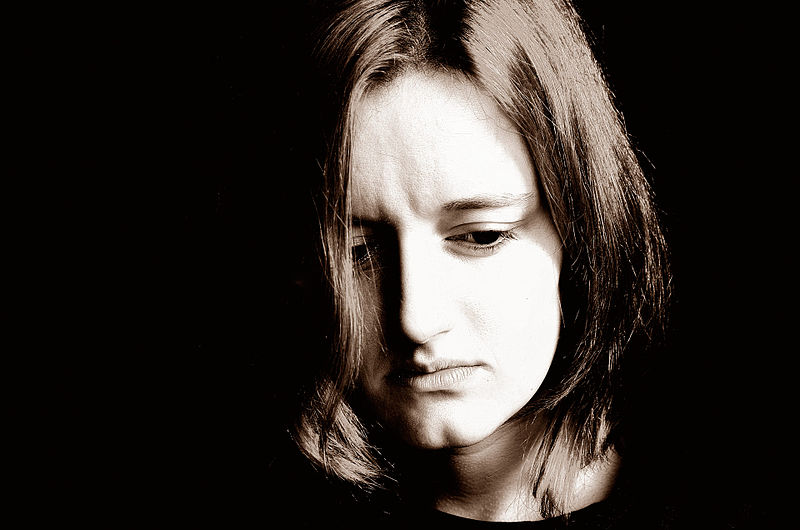 Mental illness can come in many forms. (Photo: Wiki Commons)

Tears were streaming down her cheeks, an unlit cigarette in one hand and a tissue in the other. When she touched my arm and begged for help, I knew this wasn’t going to end well. What could a seventy-something year-old woman want from a seventeen year old pool-gate worker?

“I’m just very emotional right now, my grandmother just passed away and I miss her so much,” the woman said. I was confused; her grandmother couldn’t have died yesterday.

The woman’s name was Susan.  She had just seen an old picture of her grandma, which sparked overwhelming sadness. My initial impressions were inaccurate. She wasn’t crazy; she simply had a form of dementia, alsimers, or broader mental illness that caused her brain to process her memories differently. I relaxed as her crying mellowed and as she moved to the bench next to my station, where guests were allowed to smoke. To my dismay, I looked around me to see children pointing and laughing, and mothers whispering. Even though I myself felt uncomfortable and unaware of what to do in the situation, I did my best to help her as I would help anyone else.

People who suffer from mental illness endure discrimination and are stigmatized on a daily basis. The issue exists in New Orleans today. Research shows that 60% of children in New Orleans suffer from Post-Traumatic Stress Disorder.  Even further, they are 4.5 times more likely than children their age nationwide, to show signs of serious Emotional Disturbance, which is characterized by hyperactivity, aggression, and social withdrawal (I). This issue is seen throughout New Orleans particularly as its mental healthcare system continues to deal with crisis after the impact and devastation of Hurricane Katrina. Not only were many citizens exposed to traumatizing events during the hurricane, but were also faced with a lack of resources regarding their mental health, and continue to struggle with psychological distress without access to proper healthcare.

Findings on the impact of Katrina on the mental health of low-income parents show a particular study in which “families living in FEMA-subsidized hotels or trailers reported high rates of disability among caregivers of children, due to depression, anxiety, and other psychiatric problems” (II). Moreover, mental illness in New Orleans has remained an issue, years after the devastating storm struck. In 2015 a report done by Mental Health America shows that Louisiana as a whole ranked 47th in the country in overall mental healthcare, and 48th in rankings for access to mental healthcare,  which emphasizes the high number of citizens suffering from mental illness, and the need for more access to information and proper treatment. (III).

While there are many efforts of Mental Health research and fundraising opportunities throughout the city, such as The NO-BHC (New Orleans Behavioral Health Council), has partnered with over 54 organizations in the education, housing, criminal justice, and health sectors, in order to transform the ways in which the mental health crisis in New Orleans is handled. The responses to this system had many challenges that interviewees within these sectors expressed their concern with, such as, “lack of clarity and standards on roles, responsibilities, and safety protocols; lack of crisis receiving services; few residential treatment options, limitations of case management programs; and homeless,  housing insecurity, and more.” (IV).  There is an inherent basis of misunderstanding amongst healthcare providers, the NOPD, paramedics, mental health researchers, and crisis centers and hotlines, as there is no clear cut execution of how to handle different situations and crises involving patients suffering with mental illness. The underlying reasoning for this disordered system, lies at the root of the issue that there needs to be more education surrounding these issues.

However, spreading awareness and de-stigmatization efforts of mental health are often overlooked, when in reality they are proven to be greatly important in combating the reprehension people have towards the reality of mental illness. In California, a study was done to measure the extent to which high school students responded to a NAMI (National Alliance for Mental Illness) presentation that was done during mandatory school assemblies. A total of two-hundred fifty students were surveyed before and after these presentations, and changes were seen in the ways students understood and thought about mental illness. After watching the presentation, it was reported that “Two thirds of the students felt the presentation taught them how to respond to peers with a mental health challenge”. In addition, there were significant improvements in participants’ knowledge of mental illness, and positive shifts in emotional responses and attitudes towards people suffering from mental illness” (V).  In comparison, middle and high schoolers in New Orleans are collectively not being made aware of these issues that may be affecting themselves or their loved ones. A 2017 study done by a group of Tulane Scholars focusing on New Orleans current mental health climate,  showed the lack of institutional support, parent involvement, and access to clinic and mental health rehabilitation for children suffering with mental illness. In addition, there is the issue of lower income families not being able to afford these accommodations, in addition to many clinics showing incompetencies in how they handle their patients” (VI). In their study, they suggest that social workers should work within schools to engage with the students and parents and become a platform for sharing information.

On a national level, efforts to spread mental illness awareness have increased greatly as celebrities, athletes, and even royals have begun to use their platforms to share their personal struggles, and combat the taboo concept of openly talking about mental health. By realiz-acting, or the idea of understanding the complexities of mental illness, and realizing how society contributes to stigmatization, and then taking action accordingly to educate others to do the same, we can begin the first of many steps to changing the mental health system. Change is particularly needed in the role authorship plays, as stories should be heard in their entirety, and not looked at through the existing discourse of that particular author, similar to Michael Foucault’s theory of ”authorship” (VII).

In sum, people’s stories need to be heard with an understanding of humanity, and that begins by enforcing education changes in schools regarding mental health curriculum. Mental illness does not represent someone’s entirety, and that change begins with educating and emphasizing importance on the issue of mental health, and how others’ understandings impacts the wellbeing of so much of the population. By learning about mental illness throughout their schooling, children will learn at a young age how different mental illnesses can present themselves, the many ways in which they and their peers could be affected, and what they can do to help. Stigmatization fuels the fire of the lack of emphasis society places on mental healthcare, and educating the public is the start needed for societal change to happen.

In the brief silence after Susan sat down on that bench and lit her cigarette, I shared my thoughts, hoping to calm her.  I too had lost my grandmother, as of recent and knew how she was feeling. We shared stories as if we were old friends, talked about our mutual love for travel; and now, rather than hoping to be left alone, I was making an effort to keep our dialogue going. I will never forget the gratitude in Susan’s eyes as she thanked me for sitting with her and told me how most “teenagers should be as kind as I was to her.” Once I took the time to listen to her, and understand her intentions with an open mind, I was met with a kind woman who was just struggling to process her thoughts, memories, and feelings, and just wanted someone to talk to.