The Epidemic of Black Mental Illness

Growing up in DeLisle, Mississippi, Jesmyn Ward knew Ronald Lizana to be a charming and handsome friend who grew more confident with age. However, she didn’t know the demons he faced, or as she put it: “what that debilitating darkness, that Nothing that pursued him, looked like, what shape his depression took.” Ward’s memoire Men we Reaped illustrates the epidemic of Black mental illness in America through Jesmyn Ward’s personal experiences and friendships. 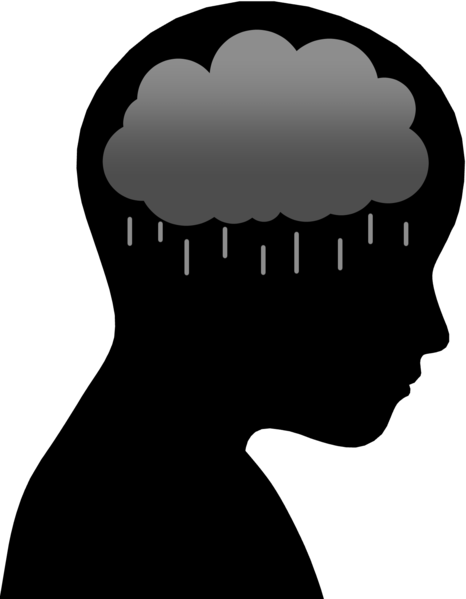 After Lizana’s death, Ward researched statistics about mental health and Black people in an effort to understand more about Lizana, herself and her community. While Black Americans represent 12% of the United States population, they are overrepresented within high-risk populations. The Black community comprises 40% of the homeless population, 50% of the prison population and 45% of children in the foster care system. Moreover, exposure to violence—like gun violence or robbery—, incarceration, and cycling through the foster care system increases the possibility of developing a mental illness. The National Medical Association evaluated the rates at which Black Americans experience trauma and Post Traumatic Stress Disorder (PTSD), as well as major depression. Of the participants in their study, 65% reported experiencing at least one traumatic event in their lifetime. The most common events being transportation accidents (42%), sudden death of a loved one (39%), physical assault (30%), and assault with a weapon (29%). Of the 65% that experienced a traumatic event, 51% live with lifetime prevalence of PTSD, 35% have experienced a major depressive episode, and 46% have experienced both. Most Black Americans experience some sort of racism in their lifetime which can cause racial trauma, traumatization that results from the accumulation of racism in any of its forms—even subtle acts of discrimination or microaggressions.

Ward, herself, struggled with depression and explained that depression among the Black community is a universal experience that is ignored. Researchers and Psychologists identify several barriers that keep Black children and families from receiving mental health treatment including misdiagnosis, lack of healthcare access, and stigma from the Black community towards mental health. To start, there are several health care disparities between white and Black patients. Black teens are more likely than white teens to be hospitalized involuntarily and are less likely than white teens to be diagnosed with psychiatric medications. When diagnosed with psychiatric disorders, Black adolescents are more likely to be referred to the juvenile justice system, while white adolescents are more likely to receive mental health treatment. Alfiee Breland-Noble, founder of the African American Knowledge Optimized for Mindfully Health Adolescents Project, explained that when white and Black children exhibit the same behavioral problems—like irritability and belligerence—the two children will receive different diagnosis and treatment. While the white child will be diagnosed with a mood disorder, the Black child is seen as disruptive requiring discipline. Additionally, clinicians tend to overlook depressive symptoms and overemphasize psychotic symptoms leading to increased diagnosis of schizophrenia in Black Americans. “Where we fall down as a field is that we look at the same types of behaviors in white and African American children but diagnose them differently,” Breland-Noble says.

Ward remembers the expectations of the Black men in her life being different than the expectations of her. Men were expected to conceal any emotions that suggest vulnerability. In Black communities, there is a common stigma around mental health that associates mental illness with weakness. For example, one study showed that 63% of Black Americans believe that a mental health condition is a personal sign of weakness. Victor Armstrong, Vice President of Behavioral Health for Atrium Health, explained that many members of the Black community believe that because they survived slavery, they “can survive ‘sadness’ or ‘anxiety’”. However Armstrong argues that mental illness is much more than feeling anxious or sad, rather it’s an illness—just like cancer or diabetes.

While there are many barriers that deter Black Americans from seeking help, faith and spiritual institutions are a societally-accepted support option. Churches and Mosques, among others, play a critical role as a gathering place and source of strength. Although faith and spirituality can be helpful in the treatment and recovery process, they can also provide misinformation about mental health and can contribute to the stigma, which is why they may not always be the best option for mental health care.

Right now there are several organizations trying to overcome these hurdles. Black Emotional and Mental Healing (BEAM) works to remove the barriers that Black people experience by getting access to or staying connected with emotional health care and healing through education, training, advocacy and creative arts. BEAM offers holiday healing workshops, meditation classes, journal prompts, online toolkits and more. The Boris Lawrence Henson Foundation (BLHF) hopes to eradicate the stigma around mental health issues in the Black community through providing support and bringing awareness to mental health issues that plague the Black community. During COVID-19 pandemic, BLHF launched a free virtual therapy support campaign in order to contribute to their long term solution.

The poetic city: “From Dread to Acceptance in a Meditative Moment”
Creative Writing