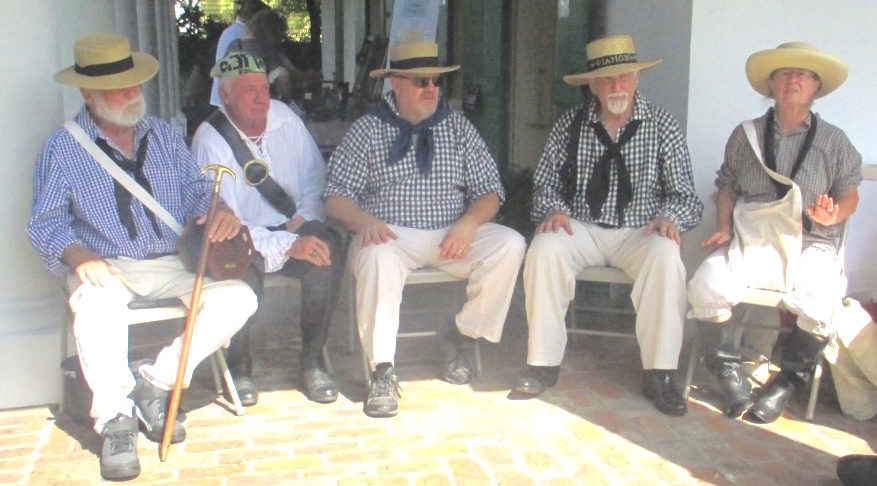 In the days when wind-driven packer and clipper ships ruled the waves, the men who hoisted the sails, weighed the anchors and did other heavy, manual labor on large merchant vessels, sang together to develop a steady rhythm and lighten their loads. Dating from the late 16th or early 17th centuries, those work songs became known as sea shanties. Their tempos were slow because the work was arduous. Men hauling up an anchor would walk in a circle around the capstan head, which could have required three to four hours. A clipper ship sailing from England, loaded with ice and sawdust, would have taken 105 days to cross the ocean. (Officers in the 1850s liked their cocktails iced!)

The slow tempo of “Rio Grande,” “Homeward Bound” and “Amsterdam Maid” suited the slow, difficult work on a ship. Examples of halyard shanties – specifically for hoisting the yards – include “Blow, Boys, Blow,” “Reuben Ranzo, “Whiskey Johnny,” and “Blow the Man Down.”

In New Orleans, a group of dedicated singers keep the sea shanty tradition alive. N.O. Quarter Shanty Krewe regularly sings at public events, such as Madisonville’s Wooden Boat Festival, and give other live performances and workshops.

Undoubtedly, the word “shanty” was derived from the French word, chanter, i.e. to sing. A shantyman led the work group, as well as the singing. The work leader would start the song. “Who’s the nightingale?” the men would shout. Then, the shantyman would sing and the work would commence. After an introductory stanza, shipmates would join in the chorus in call-and-response. A sailor might play a fiddle or concertina, says member of N.O. Quarter Shanty Krewe member Keith Fawcett. The British developed the horn pipe to encourage the crew to dance, thus staying physically fit on long voyages. 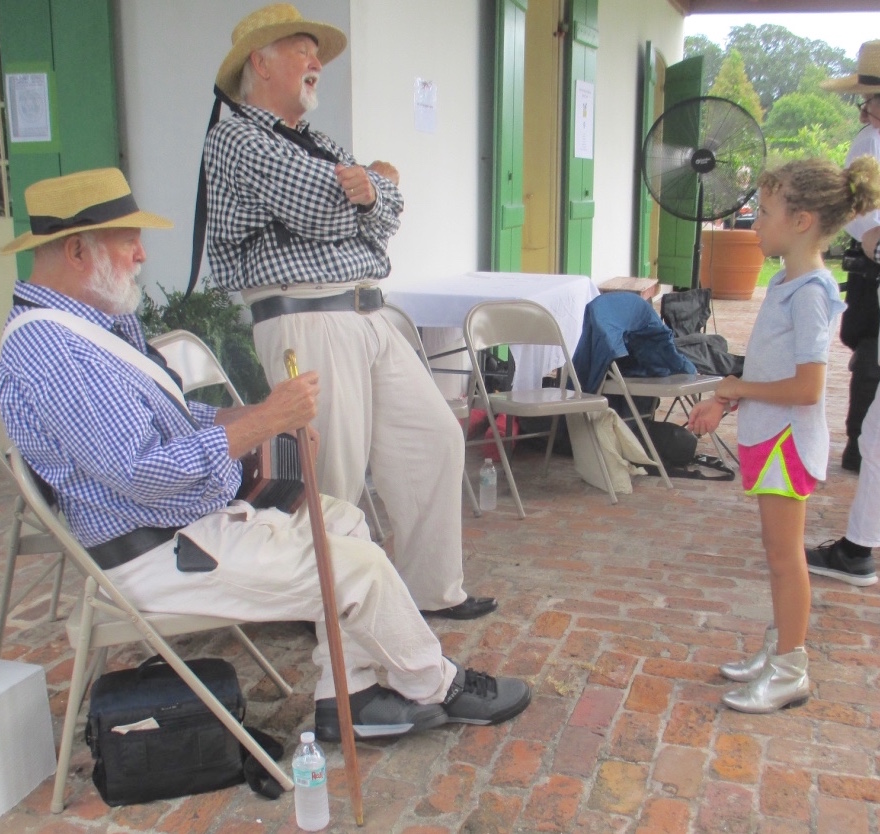 “The crew could make their own instruments to play under the stars,” Fawcett says. A military ship might even have had a band to lead 60 men.

Tunes evolved from minstrel music, marches and folk songs, traveling internationally with rotating crews out of different ports. Whalers rowing boats near the Azores adapted lyrics to the melody of “Oh, Shenandoah,” about the American West, says Fawcett. That song was carried to the four corners of the world.

British sea shanties worked alongside free people of color who were stevedores and loaded cotton. “They would blend with the Afro-Carribbean heritage,” Fawcett says.

“It took great physical labor to load the ship and travel across the ocean,” says Fawcett, who though he lives in Atlanta travels to sing with the “South’s premier shanty krewe” out of New Orleans. “One of the roots of jazz is sea shanties,” he says.

By the end of the 19th century, the invention of steam-powered ships and the use of machines for shipboard tasks, gradually reduced the need for shanty singing. Of course, in New Orleans, we don’t care about need; we care about passion, so the sea shanties live on.

To hear Brian Friedman’s interview for NolaVie and WWNO on the sea shanty singing, you can click here.

N.O. Quarter Shanty Krewe welcomes others to join them in their tradition at 7 p.m. on Thursday, December 19 at Silk Road (2843 Royal Street in New Orleans).

Dystopian, aquatic fun at the Drifter with Aqua Mob
Dance and Theater

Balloonacy is popping up at The Lighthouse Building
Dance and Theater
We use cookies to ensure that we give you the best experience on our website. If you continue to use this site we will assume that you are happy with it.Ok