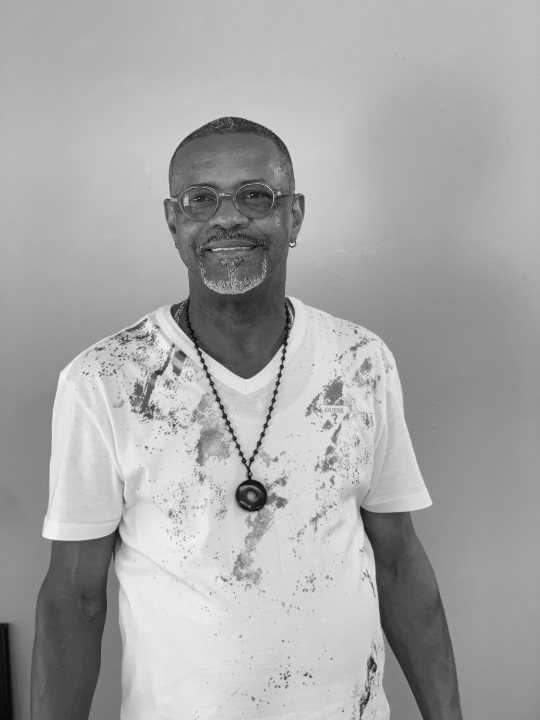 By his calculation, Huey Moss has walked around the world three-and-a-half times.

“I have an app. I average at least eight [miles], sometimes I used to average 16 miles a day,” says Moss, on the verge of retirement after thirty-five years as a postman.  “If you enjoy walking, you won’t have a problem with the job.”

And he’s met a lot of people over the course of those miles.  “I’m a people person,” he says, “and every day in my life, going to work, I try to meet someone new every day.  And so far, so good.

A native of Memphis, Moss came to New Orleans to visit a young lady he met while stationed in San Diego with the Navy.  That woman would become his wife, and as Moss puts it, “I came to visit and never left.”

His first route after joining the post office here was “Route 15, which was a walking route coming out of the station on Carondelet Street.  My next route was, I think, Route 33, which is Uptown off of Magazine Street, Magazine and 6th Street, around that area.  And then my next route was Route 34, which I was on for 18 years, and then after that route, I got the route that I’m currently on now, which is Route 23.  I’ve been on that since 2003.”

But now, after 35 years of sorting and walking and delivering and meeting thousands of people, “I’m ready for phase two of my life,” says Moss. “My ambition is to go to culinary school.”

He has looked into applying to NOCHI (The New Orleans Culinary and Hospitality Institute). “I want to learn every phase of cooking,” says Moss. “I cook every day. I bake, I cook, I make soups – gumbo, chicken, anything,” Moss adds. “Give me a recipe and I can follow it, I’ll cook it.”

But first, there’s a neighborhood-wide retirement party for Huey, organized by a woman on Moss’s route.  “One of my customers, Ms. Helen, she’s the party planner,” says Moss with a smile.  “It should be grand.”