Dystopian, aquatic fun at the Drifter with Aqua Mob 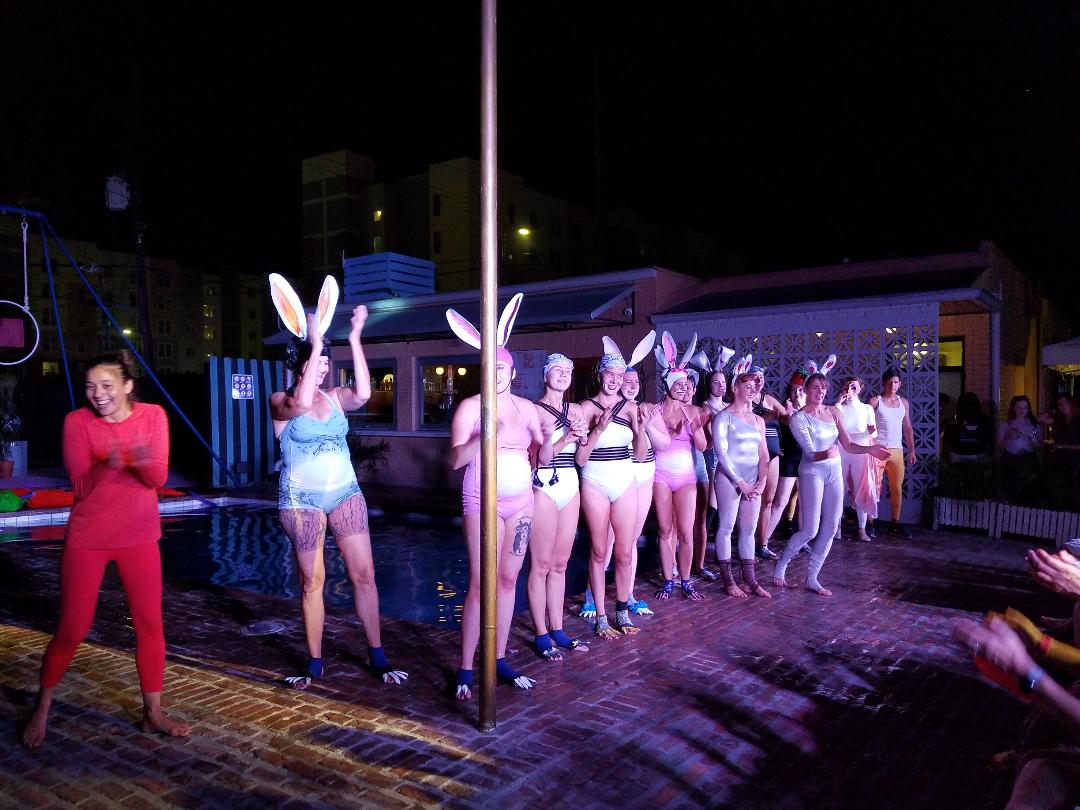 If the premise of the original, animated take on the novel Watership Down, concerning a warren of rabbits escaping ecological disaster, seemed far out, then Aqua Mob’s watery adaptation staged in the swimming pool of The Drifter Hotel on Tulane Avenue is even edgier. The Drifter, by the way, characterizes itself as “an attitude, a mood and a statement about individuality and independence. The Drifter is not a culture, but a subculture.” There was certainly plenty of subculture going around the night we saw “Watership Damn!” with audience members seated on folding chairs surrounding a motel pool.

Although bunnies can clearly swim, given body fat and webbed feet (and evidenced by youtube videos), they clearly would prefer underground burrows or fields filled with juicy clover. In this Drifter production, however, 25 bunny babes were clad in glamourous 1940s swimsuits, performing synchronized ballets in the water and swinging through the air on rings to the evocative sound of live music from Nine Inch Nails (“Head Like a Hole”), Romeo Void (“Girl in Trouble”) and Prince (“I Would Die For You”) creating an exciting background beat. 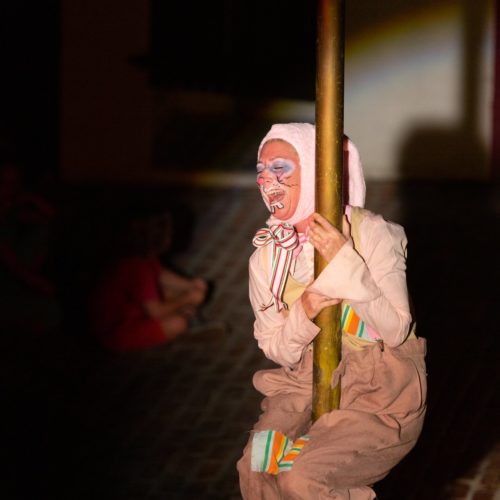 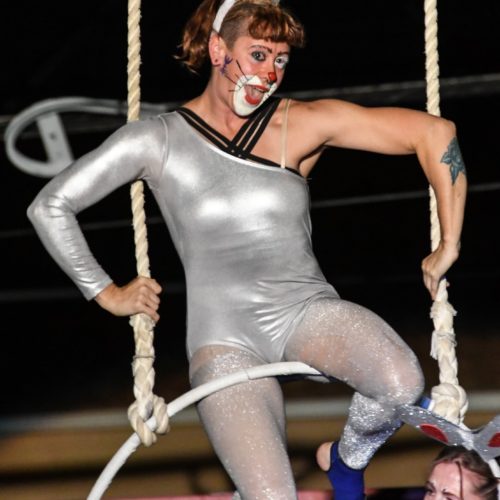 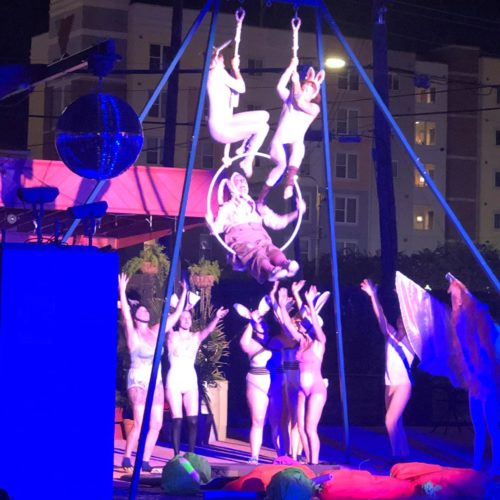 Fiver (Nari Tomassetti), the runt rabbit, has a premonition, foretelling rising seas, climate change and the loss of prized vegetables. She does a bunny scream, clings to a pole, then goes to the head rabbit, Threarah, but is not believed. Climate change denied – can you imagine? Facing biological extinction, she recruits Dandelion, Blackberry and Pipkin, and thumps off for safer grounds, shouting “We’ve got to get out of here.” When caught in a net, a giant bird frees her. Then she gets stuck in a bear trap. All the while, excitement mounts.

Fiver dreams of a new home, secure with plenty of vegetables – and far from the oppressiveness of her home warren. To get there, she will need the help of her friends to overcome the dangers that lie beyond her doorstep.

Despite their perils, bunnies searched for “carrotdise,” ultimately prevailing and still looking fabulous in their long ears and swimsuits.