We’ve got your weekend: We’ve got the supportive, stellar, and the spooky for you!

Event Pick of the Week: WOMEN PERFORMING FOR WOMEN

A night of music, food, and celebration to benefit the women and children of Hagar’s House

What: Women Performing for Women, a benefit to support Hagar’s House

Why? Not only do we love women supporting women but we also love excellent entertainment that livens your heart and gives back to the community.

What is this Women Performing for Women? We thought you’d never ask. On Friday, September 27th, N.O.B.A.B.E.– New Orleans Badass Bitch Experience (I mean, that right there should convince you to go to this event), a project composed of 13 New Orleans well-known women musicians– and other talented women musicians will perform to support the families of Hagar’s House’s at the 9th Annual Women Performing for Women Celebration. In case you don’t know, Hagar’s House is an organization that works with and for people in need, especially women and their children, by meeting food, housing and other emergency needs, while simultaneously challenging systemic poverty in the greater New Orleans area. So not only is this for an incredibly amazing organization, but glitter is encouraged at this funky fabulous concert featuring a stellar line-up of local women artists, a buffet of decadent New Orleans food, a silent auction with a variety of exciting items, a live auction by John Calhoun of the Spotlight New Orleans Show, and free childcare for those who request it. For tickets and more information, check out their website.

Thursday, September 26/Compère Lapin (535 Tchoupitoulas Street): Chef Nina Compton’s Island Hop Caribbean Dinner Series at Compère Lapin launched September 1, and will continue through the end of the month. Diners are invited to embark on a culinary tour through the Caribbean with a series of rotating menus, each week showcasing the authentic unique cuisine from a different island. The weekly dinners are priced at  $45 per person (excluding tax and gratuity), will include four courses, with an optional $25 cocktail pairing featuring Caribbean rums. For this week, Nina is taking you to St. Lucia/Martinique, and here’s what she’ll have on your menu: Crab back (say whaaat?) with charred lime; bouillon fried bakes/cassava dumplings; green fig and saltfish cucumber /avocado salad; pemmie wrapped in banana leaf. For full details and to make reservations for this culinary cruise, you can check out their webpage here.

Thursday, September 26-Sunday, September 29/Prytania Theater (5339 Prytania Street): You ready to face the horror? You know, the good kind of horror; the kind you seek out and that makes you feel so alive! What are we saying? We’re saying that the ninth year of NOLA Horror Film Fest is here, and they have 64 films and 20 screenplay finalists, chosen from 727 national and international submissions exclusively through FilmFreeway. On the opening night of festival, they’ll be screening The Black String featuring Frankie Muniz (you know, the guy from TV’s Malcom in the Middle). Their closing night feature film  will be Every Time I Die, released by Gravitas Ventures. There are so many films in-between those two, so for a full list as well as information about prices and passes, check out their event page here.

Friday, September 27/Southern Rep Theater (2541 Bayou Road): A vanished father. A pill-popping mother. Three sisters harboring shady little secrets. When the large Weston family unexpectedly reunites after Dad disappears, their Oklahoman family homestead explodes in a maelstrom of repressed truths and unsettling secrets. Mix in Violet, the drugged-up, scathingly acidic matriarch, and you’ve got a major play that unflinchingly—and uproariously—exposes the dark side of the Midwestern American family. We are talking about the play August: Osage County, which is currently on stage until October 6 at Southern Rep. Times and dates for the performance vary, so check out Southern Rep’s website to choose your show and get your tickets.

Friday, September 27/Seven Three Distilling Company (301 N Claiborne Avenue): The Spoketacular is back. Come Friday, Seven Three Distilling Co. will be transformed into a candy land to celebrate the sweet successes for the Greater New Orleans bicycling community and to raise funds for many more victories to come. The evening’s event is presented by Entergy and also supported by Bike Law Louisiana and the Pythian Market. Guests will be treated to specialty cocktails and spirits from Seven Three, beer from Abita and a selection of wines. The VIB (Very Important Bicyclists) Party will feature a caviar station and cheese board from St. James Cheese Company, savory snacks from the Pelican Club and Appoline as well as a selection from private chefs Glen Hogh and Tunde Wey. VIB guests will be treated to a Very Important Bicyclist reception from 7:00 – 8:00 PM with special food and drinks, and general admission tickets will get you into the party at 8:00 PM. For full details and tickets, you can check out their event page here. 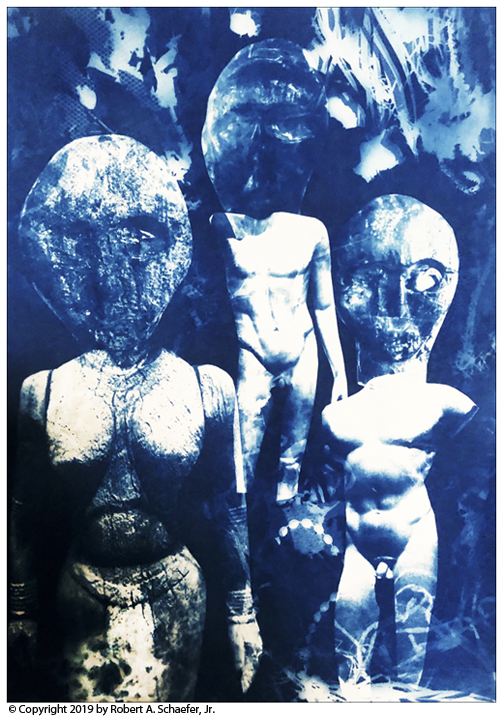 Saturday, September 28/The New Orleans Healing Center (2372 St Claude Avenue): Are you ready to join together with the rest of the world by creating a cyanotype? Well, good because Saturday is World Cyanotype Day. Natasha Sanchez and Robert Schaefer will guide you through making a Cyanotype Flag using pre-coated fabric squares and placing objects on top of it and then in the sun.  All materials (including latex gloves for the development in water) will be provided free of charge, so you just show up and get started. The event begins at 11:00 AM and goes until 3:00 PM. This event is free and open to the public (all ages welcome). For more information, you can check out their event page here.

We’ve got your weekend: Exhibits, pie, and lots of other sweet things!
Events