We’ve got your weekend: Song cycles, readings, exhibits, and some muff mirror making

Event Pick of the Week: Gilded 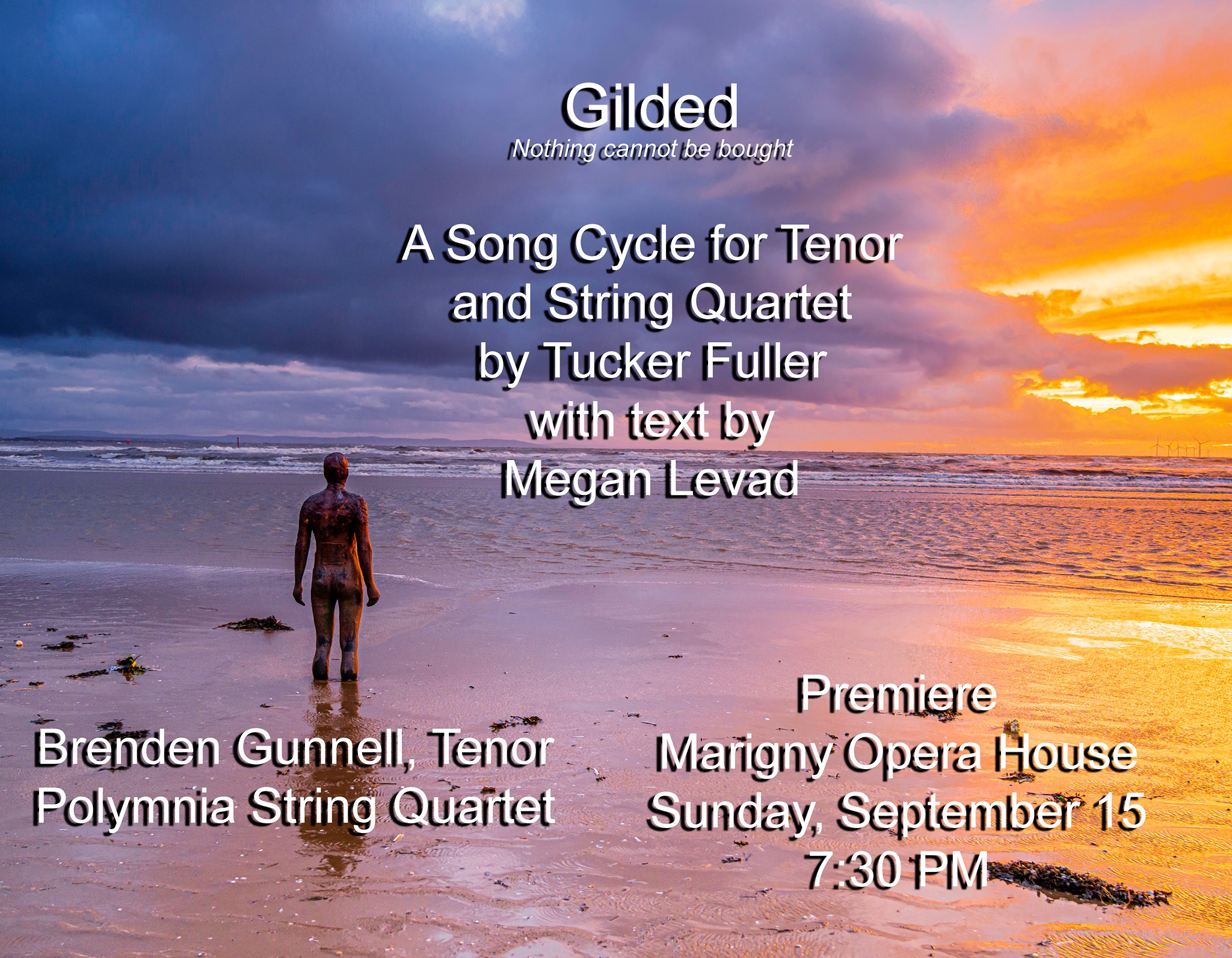 Why? Uh, a magnificently composed song cycle revolving around an object of affection (or should we say obsession) from the point of view of the obsessed and the object of the obsessed…do we really need to say more? Well we will.

Description: Gilded is inspired by both the wandering lieder of the Romantic era and today’s free-market/neoliberal sensibility. This new song cycle, with music by Tucker Fuller and text by Megan Levad, explores the intersections between these two ideas—the conflicts between systemic economic forces outside any one person’s control, and the possibility for an individual’s happiness as played out in their most personal and intimate relationships: namely, love. Doors open approximately one hour before show time. Seating is allocated at a first come, first serve basis, and tickets, which you can purchase here, are between $15-$25.

Now For The Rest of the Week(end)

(Left: Sea ice breaking up in late winter. Right: Louisiana wetlands southeast of New Orleans on the east side of the river, south of the Caernarvon diversion. Photos by: Tina Freeman)

Thursday, September 12/New Orleans Museum of Art (1 Collins Diboll Circle): Many photographers take the mountains, a sunrise, or oceanic views as the object of the camera’s affection, but Tina Freeman photographs glacial change. And those photographs are coming to NOMA. Tina Freeman: Lamentations considers sea level rise through wetland and glacial photographs. Freeman pairs images from each place in a series of diptychs that communicate the critical narratives of climate change, ecological balance, and the connectedness of things across time and space. The exhibit will be open from September 12 until March 2020, and, remember, NOMA is free to Louisiana residents on Wednesdays.

Friday, September 13/Atelier Mimi (5207 Magazine Street): We’ve got to say, we were also so close to picking this event as the event of the week, but guess what? You don’t have to choose! You can go to the event of the week and this event, which is a reading by Megan Levad, Max Henderson, and Elizabeth Gross. Megan Levad is the author of Why We Live in the Dark Ages and What Have I to Say to You. A recent MacDowell Fellow, her poems have appeared in the San Francisco Chronicle, Poem-a-Day, Tin House, Granta, Fence, and the Everyman’s Library anthology Killer Verse (she’s also the writer for Gilded, our event pick of the week). Elizabeth Gross is the author of this body / that lightning show, which was selected by Jericho Brown for the Hilary Tham Capital Collection of The Word Works and published in 2019, and DEAR ESCAPE ARTIST, a chapbook in collaboration with artist Sara White, which came out from Antenna in 2016. And as for Max Henderson, he’s more of a man of mystery without a bio on the event post, but take it from us, he’s a literary wonder! We’ve heard him read at NOCCA and have never been the same since. The readings begin at 7:00 PM, and you can find out full details here.

Saturday, September 14/Pitot House (1440 Moss Street): Saturday marks the third annual Louisiana Landmarks Heritage Fair, held at the historic Pitot House on Bayou St. John. The family-oriented event recreates colonial life 200 years ago when early French and Spanish settlers mingled with Africans and Native Americans. All of those cultural influences will be represented at “Life on the Bayou” Heritage Fair. The fair runs from 10:00 AM to 3:00 PM, and for full details, you can check out their website here.

Saturday, September 14/Staple Goods (1340 St. Roch Avenue): It’s second Saturday this weekend, and in conjunction with St. Claude Arts District Second Saturday Openings, Staple Goods Collective is presenting One And An Other, by Anne C. Nelson. Opening reception is Saturday from 6:00 -9:00 PM. As the artist, Anne C. Nelson, says about the new exhibit, “Every element of the process of making a drawing has been activated in these new assemblages: diverse surfaces, varied mark-making media and method, and experiments with presentation all draw attention to the totality of what makes an image emerge from an assortment of surfaces and layers.” Add that to the fact that the exhibit is free and open to the public.

Saturday, September 14/The Filmore (6 Canal Street): As Young Leadership Council’s (YLC) 33rd Annual Role
Model Awards Gala quickly approaches, YLC announced that television’s Norman Robinson will join the event as the emcee, with local favorite Flow Tribe serving as the entertainment headliner of the evening. The gala begins at 7:00 PM, and tickets range from $125+ and for more information and tickets, you can check out their webpage here.

Sunday, September 15/Compere Lapin (535 Tchoupitoulas Street): Chef Nina Compton’s Island Hop Caribbean Dinner Series at Compère Lapin launched September 1, and will continue through the end of the month. Diners are invited to embark on a culinary tour through the Caribbean with a series of rotating menus, each week showcasing the authentic unique cuisine from a different island. The weekly dinners are priced at  $45 per person (excluding tax and gratuity), will include four courses, with an optional $25 cocktail pairing featuring Caribbean rums. For this Sunday, here’s what Nina has for you. She’s leaning into Haitian cuisine with Accra with Lime, Steamed Fish (banana leaf),  djon rice/pikliz salad, and Coconut and Rum Rice Pudding. For full details and to make reservations for this culinary cruise, you can check out their webpage here.

Tuesday, September 17/N.O. Glitter Box (1109 Royal Street): Have you been thinking about how beautiful all your bits are? Well, on Tuesday, you can design a hand-held mirror to admire all your beauties. In honor of Sexual Health Awareness month, Gillter Box will be holding a “Muff Mirror Mosaic Workshop,” so you can create mosaic hand-held mirrors, using all recycled materials. This event is inclusive of all folx (no matter what your bits are, they’re beautiful and you should get to know them!)  You will get to arrange a unique design and learn mosaic basics including cutting tile, gluing, and grouting. Find inspiration in recycled mirrors, tiles, and old jewelry, create your own personal mosaic mirror to take home. Cost is on a sliding scale ($25 – $35), and tickets will be available at the door or online here. The workshop runs from 6:00 PM to 8:00 PM.

We’ve got your weekend: Exhibits, pie, and lots of other sweet things!
Events