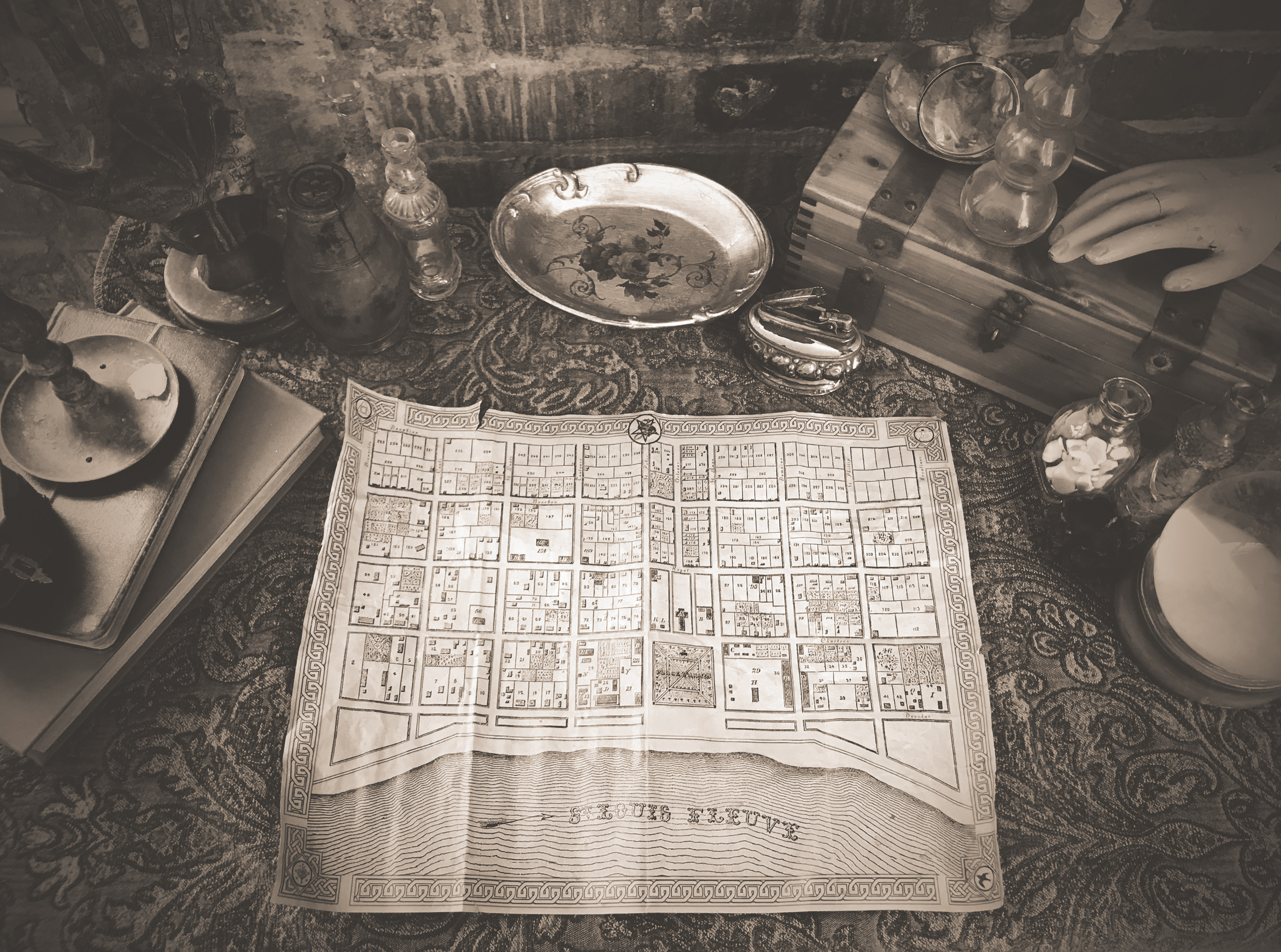 Being a spectator is great; we know that, but what’s even better is being a participant. We love to join parades in New Orleans, dance with the bands, and talk with the artists in their studios. Now, that immersive desire can be fulfilled with theatrics.

Escape My Room has a new performance called Saintsbone, and this production takes place on the streets of the French Quarter around Jackson Square where participants will meet ghosts, solve puzzles, discover clues, and ultimately decide their fate. We are here in the studio with Andrew Preble, owner of Escape My Room in New Orleans, to talk about this new, immersive theatrical production.

Q: Before we start, explain what Escape My Room is in case people have not heard of it.

AP: Escape My Room is based on the concept of an escape room. An escape room is where you are locked in a room for about an hour, and you have to solve puzzles and clues in order to find out how to get out of that room. You’ve got a time limit; we give you hints; and then you’re trying to figure your way out.

Q: Does each room have a story or a theme?

Q: What was your inspiration to choose the DeLaporte family for these rooms?

AP: Starting Escape My Room, we were looking at a lot of different story ideas and a lot of different things, and we wanted to tie them all together. We wanted to talk about the history of New Orleans and in doing that, we thought the best way was to bring in a family and tell it through their eyes. That gave us the flexibility of telling these family stories, cover all the material we wanted to cover, and still link them all together.

Q: Escape My Room has moved into a lot of different projects, and Saintsbone, which is happening from Thursday, July 11 until Sunday, July 14, is taking place in the French Quarter.  Tell us about this immersive production and how it came about.

AP: Sainstbone is a little tricky to describe, but the best way I can describe it is as a walking tour with puzzles and clues along the way. Also, you meet actors and you interact with those actors and the other guests that are on this adventure with you, and you’re walking through the Quarter and discovering interesting places in the Quarter at the same time.

And, it’s about ghosts.

Escape My Room has tended to be pretty family friendly, and even though there are some startling moments, we call them good startling moments. With Saintsbone we wanted to go a little darker with the story line and a little creepier. It is in the French Quarter and it is at night, so that’s how we chose the ghost idea. 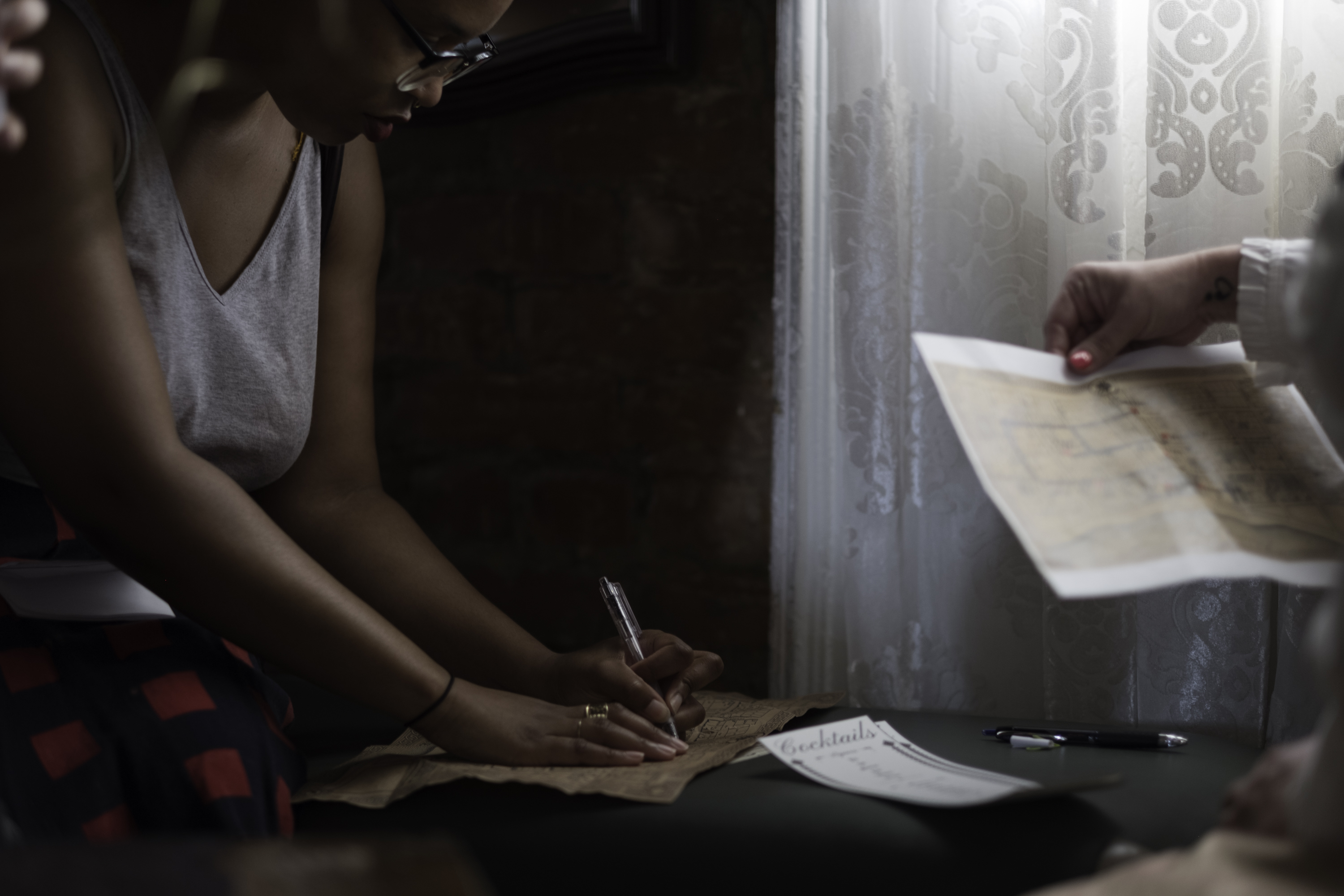 Q: How it is working with this project while you are literally on the streets?

AP: With Escape My Room, we’re in a fixed location and the rooms stay the same. That makes for a very controlled experience. With Saintsbone, since it’s happening on the streets every day something different is happening in the Quarter, and every day there are new people and new things. There are so many things happening that it can be tricky to work around them, but that’s also what makes it exciting. For guests too, instead of being in a somewhat fake, controlled environment, you’re out in the streets seeing the real houses, the real places and smelling the real smells.

Q: Escape My Room does a lot of projects so can you tell us about some of those?

AP: We recently opened Escape Extinction at the Audubon Aquarium of the Americas. We partnered with Audubon to build an experience that is similar to an escape room. It’s more family and kid friendly, and you’re going on a mission to save sharks from extinction. It’s a really fun project that opened in June. 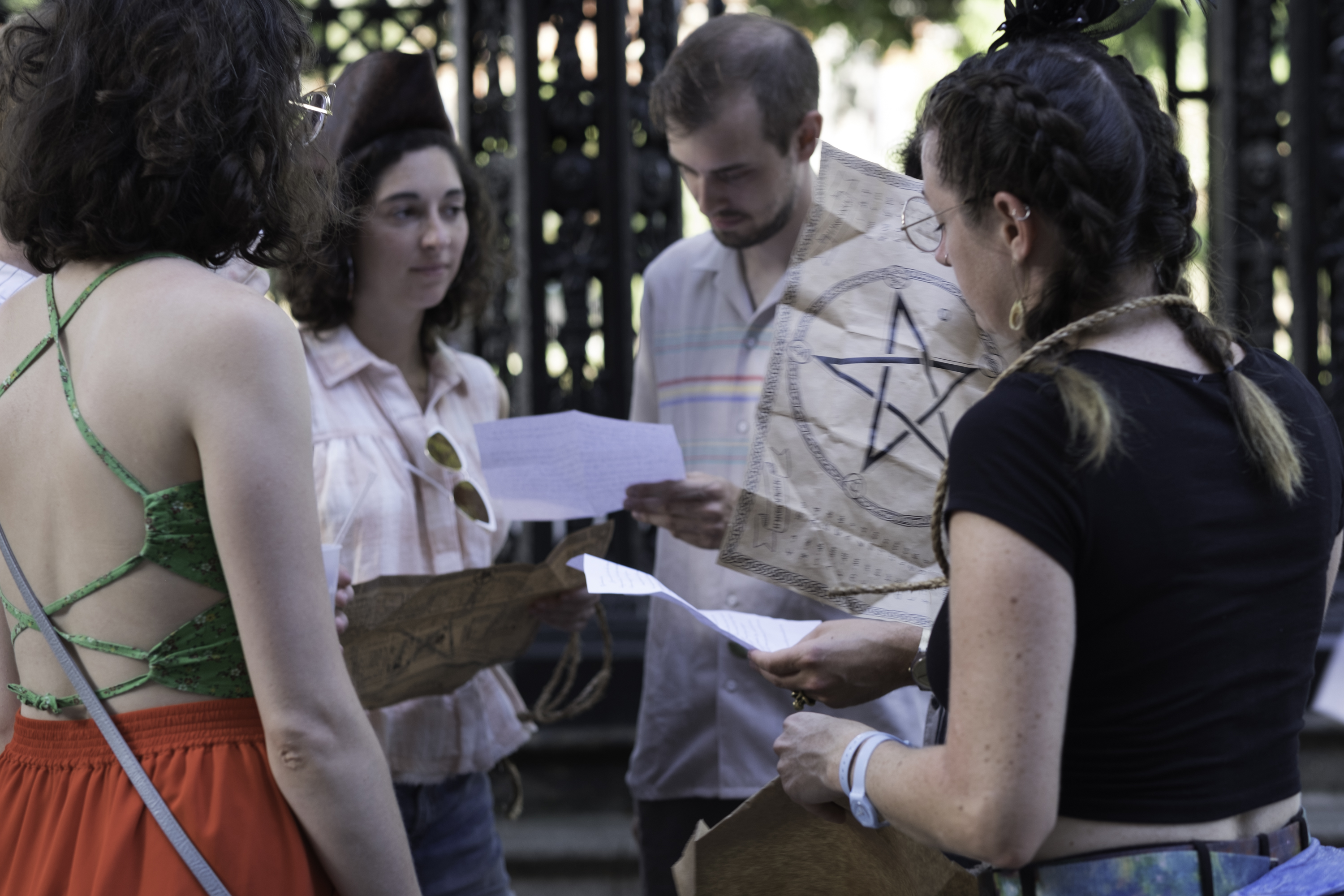 Andrew Preble, owner of Escape My Room, is putting on the theatrical production Saintsbone, which is an immersive experience that takes place on the streets of the French Quarter. Saintsbone will run from Thursday, July 11 to Sunday, July 14. Showtimes are daily at 8:00 PM; each performance will last approximately 2 hours; and the performances will run rain or shine. For more information, you can visit saintsbone.com.