Skating into a new world with Penguin Ice 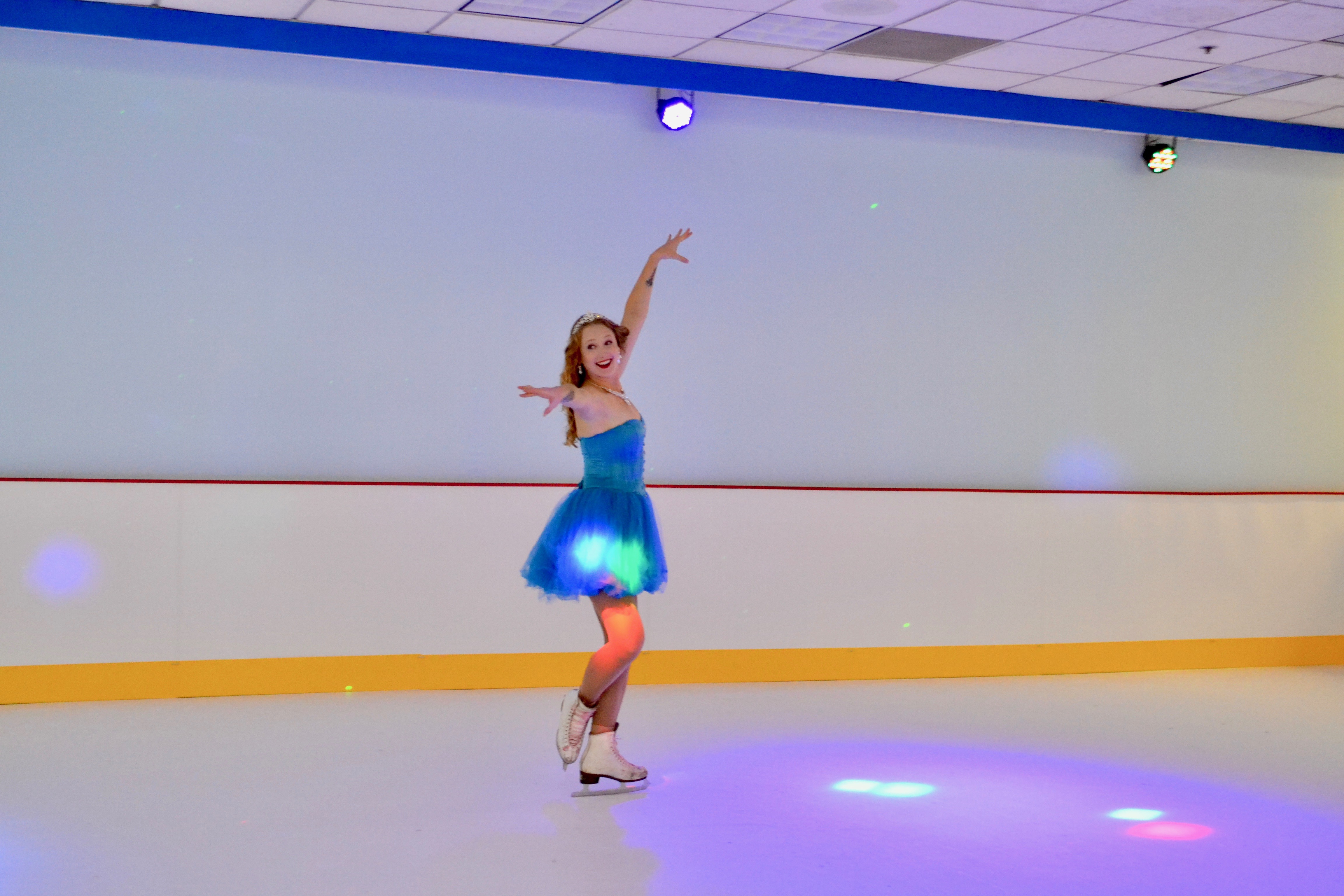 “You really need to lace up those skates so we can hit the ice.”

“I can’t decide between ice fishing and hockey this season.”

“Damn it feels good to ice skate in August,” said no New Orleanian, ever. Until now.

Southerners who have dreamed of feeling their hair let loose in self-created wind and dreamed of wearing sparkles mid-day (although, who are we kidding, we do this all the time) have a new place to set themselves free. It’s called Penguin Ice, and it is the ice skating rink that has just opened thanks to the partnership of professional ice skater Sarah Zanolli, hockey player Deniz Guderen, and skating enthusiast Onur Pinar.

Housed on the second floor of The Esplanade Mall (1401 W. Esplanade Avenue), Penguin Ice has skates to rent, music playing, a disco ball hanging, and even their very own ice princess. This ice princess, also known as Sarah Zanolli, is a native New Yorker who fell in love with New Orleans. She loved the culture, the people, the food, the fun, and all New Orleans had to offer; it’s just that it was missing one thing. 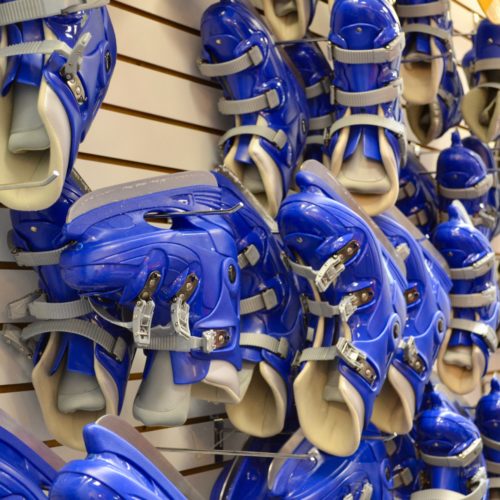 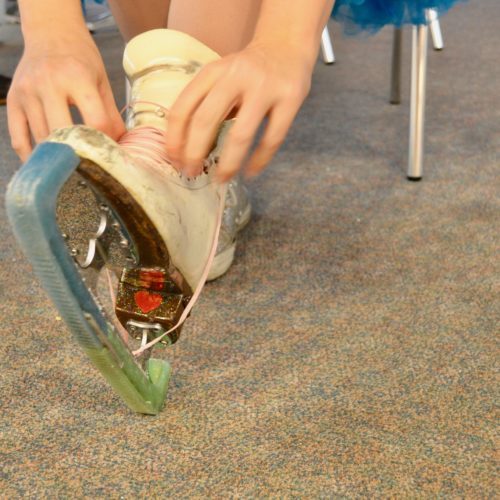 Lacing up to hit the ice. (Photo: Kelley Crawford) 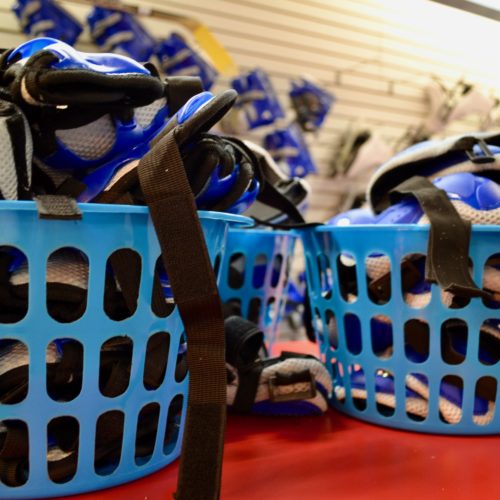 “In my heart, I was always trying to think of a way to bring ice skating to New Orleans,” Zanolli says, having skated since she was little. As she tells us, “It feels like soaring, and I haven’t found anything else in life that makes me physically feel that way.” Having met and brainstormed with Guderen, who was a professional hockey player for Turkey, during her time as the Ice Ambassador for the Nola ChristmasFest, her dream of having a year-round skating rink was pixelating before her eyes, and now, it has come into clear view.

Opening in August, Penguin Ice offers open skate, party rentals, lessons (available September 5), and the promise of “dry” skating. The material of the “ice” at the rink is actually a type of plastic. “The surface doesn’t melt, it’s eco friendly, and the solution we use on top of it is also green, and it is non-staining to clothing,” Zanolli says. In its most basic form of explanation, the rink is like a plastic cutting board with a solution on top of it that gives you what you need to glide and allows for regular ice skates to be used. 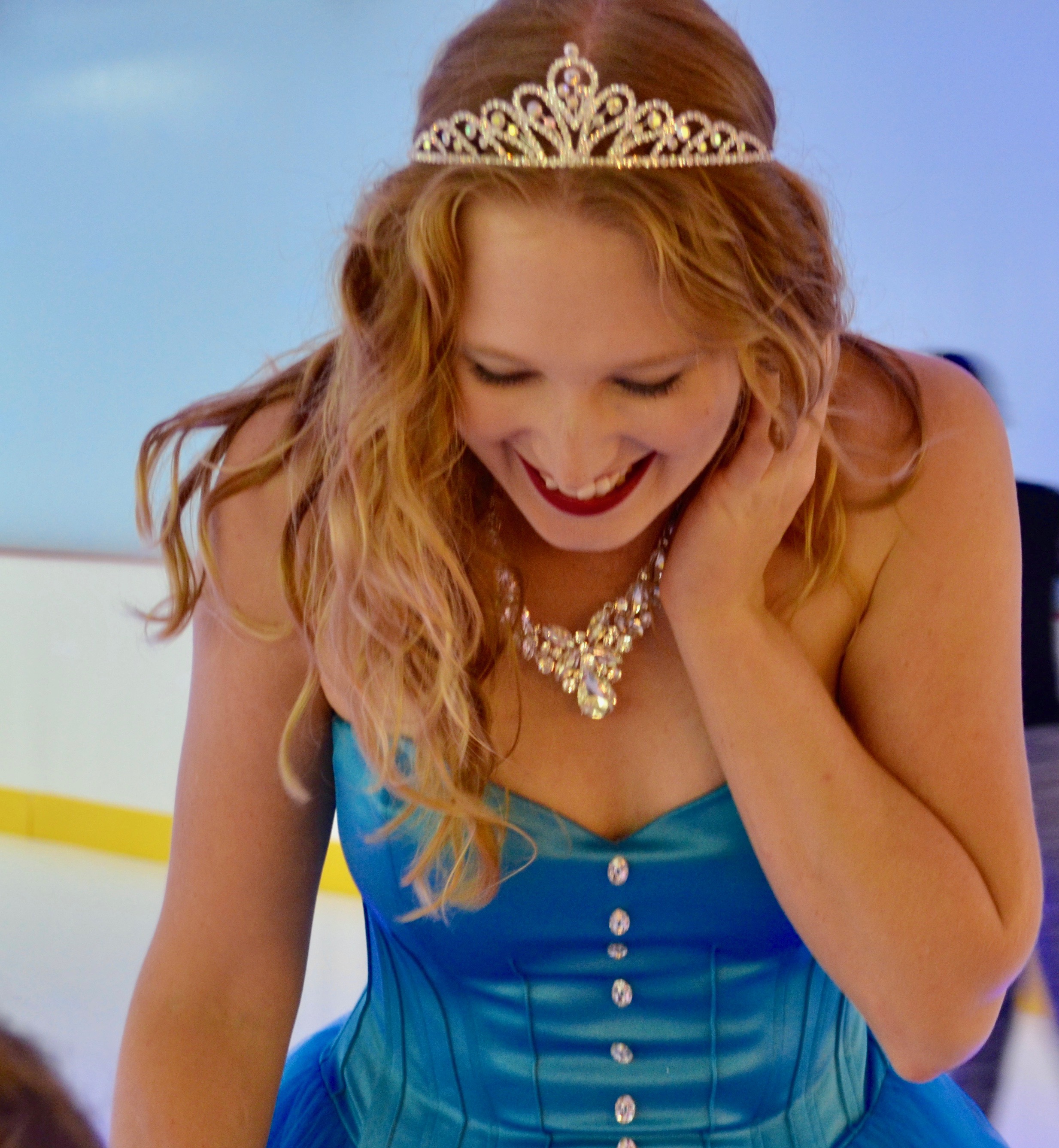 But this risk isn’t a deterrent for Zanolli. “Ice skating is all about falling down,” she says. “It’s [skating] a great life lesson on how to fall gracefully… Skating taught me way more about life than even college did.”

Those lessons she learned, as well as her years of experience being a professional ice skater in New York, are now being passed on to all who come to Penguin Ice, especially the kids who look on with awe at the rink they might have never imagined would be in Louisiana. Yet, so many of the activities kids are involved with translate perfectly to skating. “Gymnastics. Dance. All of the performance in our Mardi Gras parades. It’s all common to figure skating as well,” Zanollli says, and she is building on that knowledge in order to provide kids with the skills to skate so they too can soar. Just like martial arts, skating has various levels that students can move through, improving their technique, their tricks, and their speed.

Now that Zanolli, Guderen, and Pinar have laid the land for all of us, all we need to do is pick up a pair of skates and glide.

Penguin Ice is open from 10:00 AM until 9:00 PM, Mondays-Saturdays, and 12:00 PM until 6:00 PM on Sundays. For private or group lessons as well as open skating, you can check out their facebook page and website.