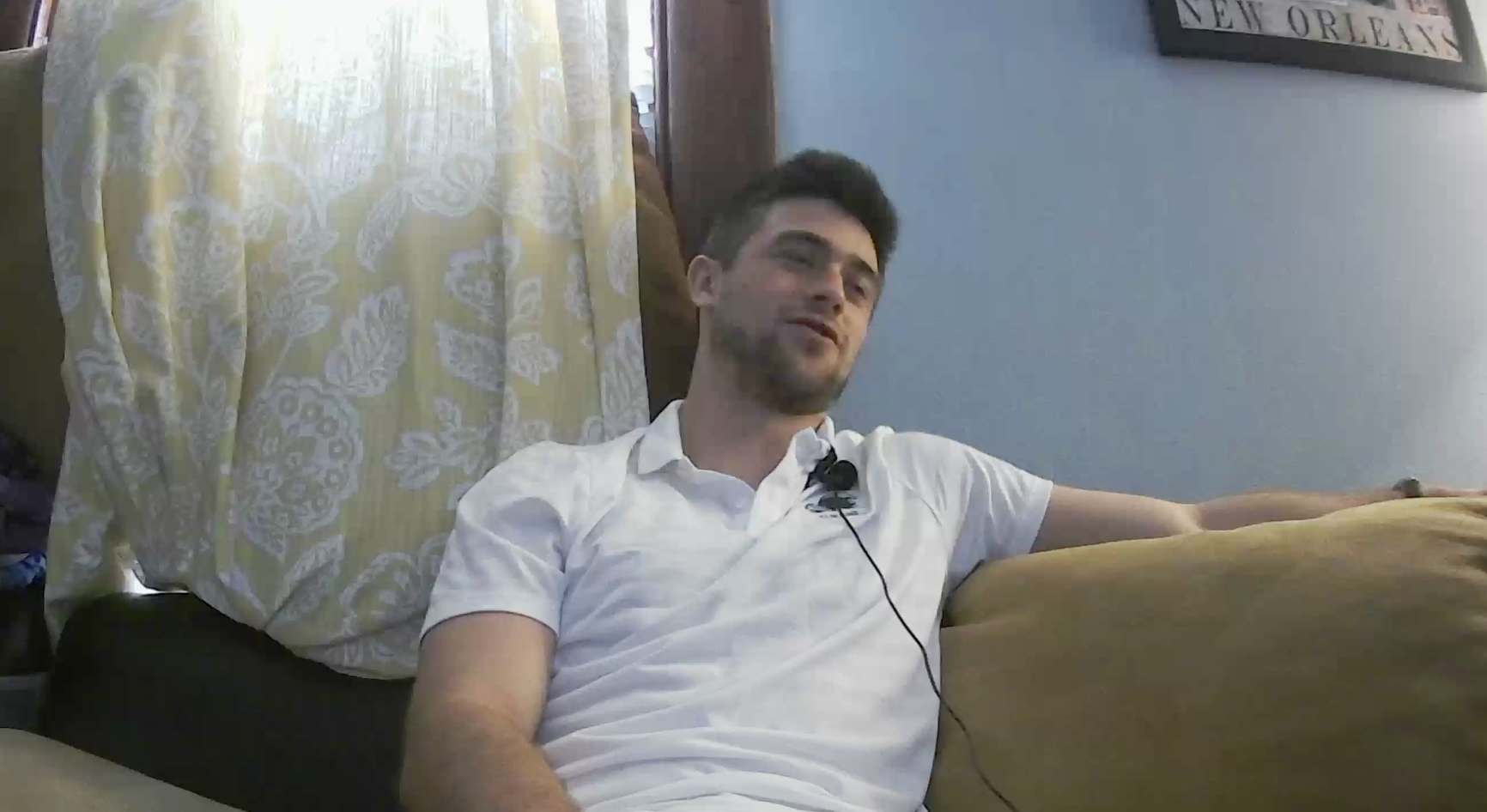 Throughout my time at Tulane University, I have developed a deep love and passion for New Orleans. When you arrive in New Orleans you are immediately taken aback by the unique look and feel of this magical place. It truly is a place like no other, one filled with incredible culture and energy throughout. Perhaps most relevant to this piece, is the riveting history that New Orleans has built up throughout it’s time.

For a recent interview through my Media Histories class at Tulane University, I had the privilege of conducting an oral history with Chase Schupp. Schupp is a New Orleans native who now attends Tulane University. I had the privilege of hearing Chase’s story as he walked me through what it was like living through Hurricane Katrina, as well as hearing all about some of the reasons he is so passionate about New Orleans. Chase shared throughout the interview what he really loves about New Orleans.

New Orleans is a one of a kind city. Not many places in the United States, let alone the world, provide its inhabitants with so many opportunities for immersion. The idea of going to festivals like Jazzfest and being able to see the world’s top musicians from such a young age is certainly an incredible experience. Additionally, not many cities support their teams the way New Orleans does with the Saints, and it was cool to hear about how Chase really bleeds black and gold.

Chase feels incredibly lucky to have grown up in New Orleans, and he shared with me what he thinks is the number one advantage to growing up in NOLA:

“Grow up fast. I think you’re exposed to a lot of things that you wouldn’t be, especially if you’re like from a suburban neighborhood or something like that. I mean, there’s no filter in New Orleans, you know, whether that be, you know, if you take your kids downtown, yeah, they’re going to see, you know, people who are drunk, they’re going to see people who are, you know, promoting sex or whatever, anything like that. And um, you know, like you’ll grow up quickly. And I think, you know, there is, you know, whether people want to acknowledge it or not. There have been some, you know, racial issues and stuff within the city.I think it’s acknowledging that, you know, like, you know, I was obviously like grew up in a pretty affluent white neighborhood and kind of like acknowledging the fact that like, there’s a lot more out there and it, it’s, you can’t, you can’t like blind yourself to it because there’s a city that’s 60% African American. You know, I have some other diversity as well, like, you know, you’re just immersed and kind of a diverse culture.”

After both hearing what Chase has to say about his upbringing, as well as spending four years down in New Orleans myself, it is abundantly clear how what he is saying is true. The fact that you grow up fast in New Orleans makes a lot of sense. It is not surprising in the least that someone from New Orleans may have matured quicker than someone from a remote suburb, and it’s cool that Chase cites that as a big advantage. However, Chase admits that growing up in New Orleans was not without pitfalls. Perhaps the most moving section of our conversation was when he opened up about Hurricane Katrina.

In his words,“Where I lived we were extremely lucky. My house was not flooded. But with that being said, like the roof blew off my house. So like the entire second floor of my house was destroyed. I would say that the toughest part that I remember was, kind of the initial reaction of my parents and then kind of like that six-month span where no one could come back to the city. We evacuated to a Memphis, Tennessee for the first part. And you know, I guess one thing that I think is missed on people is that when you live in New Orleans… for the first eight summers of my life, every summer we had to evacuate two or three times. And that’s just kind of how it is. And so, you know, in that time period, not one of those storms really did any damage. So it’s kind of like you get in this mindset of right, all right, like this is dumb, we’re evacuating whatever. And so like, you know, when we were evacuated, there was no like thought in my mind (that it would be this bad).”

Chase went to bed thinking everything was fine. However, when he woke up he realized this storm was different: 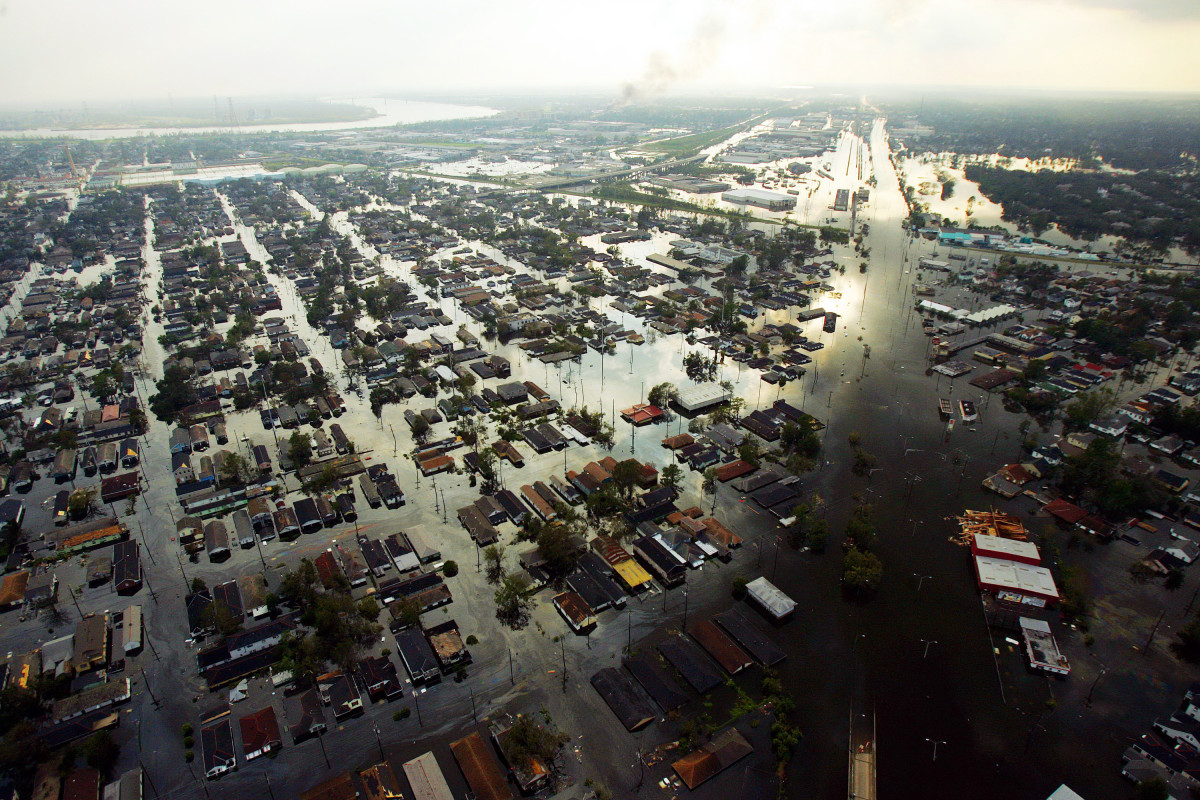 “Both my mom and dad are bawling, crying in bed and they just said the levees broke. And so like that was just crazy. And then, you know, so that was kind of a point where we were like, wow, like this is the real deal. Yeah. And so still like, you know, for like a couple of weeks went by, like we, we moved to a different hotel or whatever, and, um, you know, we were still like, all right, like, you know, I guess we’ll be back soon and whatever. But these doomsday people were basically saying that, you know, we’re not sure New Orleans is going to come back. And so much uncertainty in your life obviously from my parents and for me was pretty brutal.”

Hearing about his experience with Katrina firsthand really makes it real. It’s remarkable to hear about the kind of things people went through at a time where I was simply a child too. Perhaps the craziest part was when he opened up about when he finally returned to New Orleans:

“When we first came back, um, I think the most, uh, most vivid memory I have is, um, I don’t know if anyone’s familiar with this, but when you were driving, when we were driving into the city, um, there was like little orange paint they put on the houses like orange spray paint. They would put like a number and like an extra zero. And like that would be based on like how many people are dead in that property.”

The gruesome nature that the city had to take post Katrina only reaffirms Chase’s previous point of how fast one grows up in New Orleans. Katrina was certainly a maturing experience for any child who had to live through, and it was a privilege to hear about it firsthand.

“When the Spirit of New Orleans Calls You Here, You Answer”: A dive into the life of a spiritual New Orleanian
Extra/ordinary

Photos: Mardi Gras in the Marigny 2018
Photos and Creative Art

Photos: Mardi Gras Day in the Marigny 2019
Photos and Creative Art
We use cookies to ensure that we give you the best experience on our website. If you continue to use this site we will assume that you are happy with it.Ok