From doctor to gallery owner: The Stella Jones story

African-American art covers every inch of the walls inside the Jones family home in New Orleans East and spills outside into the backyard with a fence covered in traditional African style masks. Dr. Stella Jones, a physician at the time, saw how much the art impacted and inspired her children and neighbors who would stop by to stare at her pieces for hours on end, that she knew she could inspire even more people by opening her own gallery, so quit her job as a doctor and did just that. The Stella Jones Gallery in New Orleans opened its doors to the public in 1996. 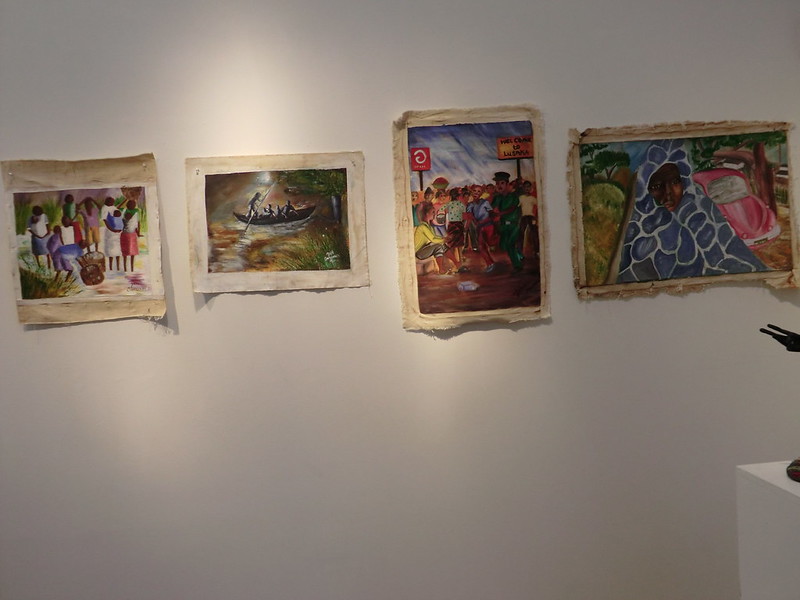 A photo of an exhibit at the Stella Jones Gallery in 2011. Photo by: Lubuto Library Partners

Jones and her husband yearned for a larger presence of African-American art in the South, something that was not commonplace when they, or their children, were growing up in Houston, Texas. Without any galleries featuring African-American artists nearby, Jones and her husband stopped taking their kids to conventional art museums and began collecting their own African-American art at home. They converted their home into a place where their four children could see people who looked like them on the walls. This transformation served as the inspiration for her gallery.

In its 24 years of existence, the Stella Jones Gallery has become a staple of the Central Business District in New Orleans. The gallery was regarded as a “must-visit for anyone interested in art and one of the truest artistic expressions of the neighborhood” by Sarah Ravits, a Thrillest journalist, who ranked the Stella Jones Gallery as one of the four spots that have transformed the arts district in New Orleans.

“I am a Black female owner who has played a pivotal role in highlighting the historical relevance of Black art,” Jones said in the Thrillest interview.

The exhibitions in the Stella Jones Gallery showcase the pain and injustices that different groups of people, specifically Black people, suffer from worldwide. The current exhibitions are “Just Above My Head” by Charly Palmer, “Courtyards of New Orleans” by Patrick Waldemar and “Searching for a Sign from God” by Jerry Lynn, EPaul and Steve Prince. 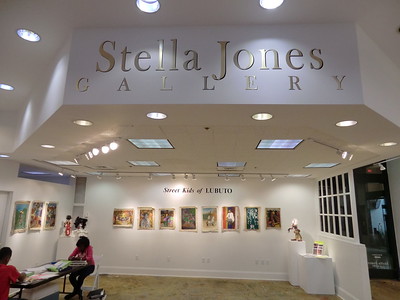 Charly Palmer is a painter of the contemporary Black experience and his work has been featured in the Stella Jones Gallery for thirteen years. His most recent exhibit for the gallery portrays James Baldwin’s 1979 novel “Just Above My Head”. Palmer says “I seek to paint the way James Baldwin makes me feel: Proud, Black, beautiful and empowered”. Waldemar’s exhibit in the gallery showcases Southern traditions and the pain that hides behind beautiful courtyards and gardens. His work is full of racial tensions and was inspired by the Black Lives Matter movement.

These two exhibits highlight the hardships endured by Black people in America. Jones used her own experiences with discrimination as inspiration for the gallery. In her career as a physician, Jones broke barriers as a Black woman in a STEM field and helped to integrate Charity Hospital in New Orleans. Her four children also endured discrimination growing up as the only Black kids in their classes at school.

Jones wants Black children to see people who look like them, non-Black people to be educated and inspired, and all visitors to leave with a sense of understanding and enlightenment about the Black experience that she, her husband, her children and millions more Black Americans around the country have endured when they visit her gallery.

While the gallery is successful now, it was not an easy path to get there. Jones faced discrimination as a Black woman entering into the predominately white, male-dominated field of art gallery ownership and she endured criticism from friends and family who told her that people would not be interested in African-American art.

“I knew I could do it. When I told people I was leaving medicine and I was going to open a gallery —and it was going to be a niche gallery because I was only going to represent artists of the diaspora—they said, “It’s not going to work,” and “How do you know you can do it? You have no experience in art.” And I said, “I know I can do it because I am doing it. I trust myself,’” Jones said in an interview.

In addition to discrimination, Jones fought through the hardships of Hurricane Katrina and the passing of her husband. When news about Katrina began to circulate, Jones packed up all her art, put it into storage and retreated to Houston. When she returned to New Orleans, she was greeted by six feet of water in the gallery and ten feet of water in her home. She said that her suffering was more physical than emotional, because when the storm subsided and the devastation was revealed, she had decided that she would be okay and so she was.

In 2013, eight years after Hurricane Katrina, Jones’ husband passed away. She says that his spirit and passion lives on in the gallery, he’s looking over the gallery and enjoying what she does with it. Their children come to visit the gallery often, something she knows he would have been very proud of.

Despite all of the hardships she endured, Jones continually works to educate herself on art and artists to improve her gallery. She enrolled in graduate courses in museum studies at Southern University of New Orleans in the early 2000’s and other courses to study art collectors, dealers, historians, artists, museum directors and more to grow her knowledge of the industry. She also has created personal connections with artists, specifically Black artists like Delita Martin, EPaul Julien and Steve Prince She flies to exhibitions around the country and talks to different artists about their creative process. She credits much of her New Orleans success on her strong relationships with local artists, specifically citing African-American artist Samella Lewis as her greatest resource and inspiration.

Jones planned the gallery exhibits specifically with artists she trusted would ensure her longevity. Jones has transitioned her brand and although she did not initially feature contemporary artists, she has changed her focus over time to reflect the kinds of artists that the public was attracted to, which became contemporary, young, local artists in recent years. Her gallery continues to thrive and was even featured in a directory of monumental Black-owned businesses that Beyoncé pledged to donate proceeds from the song “Black Parade” to.

The Truth about the Big Easy: The New Orleans publication transportation systems, how it has recovered and not recovered since disaster
Race and Ethnicity