Conversations with artists: Elizabeth Gross, humans, and the cosmic forces inside of them 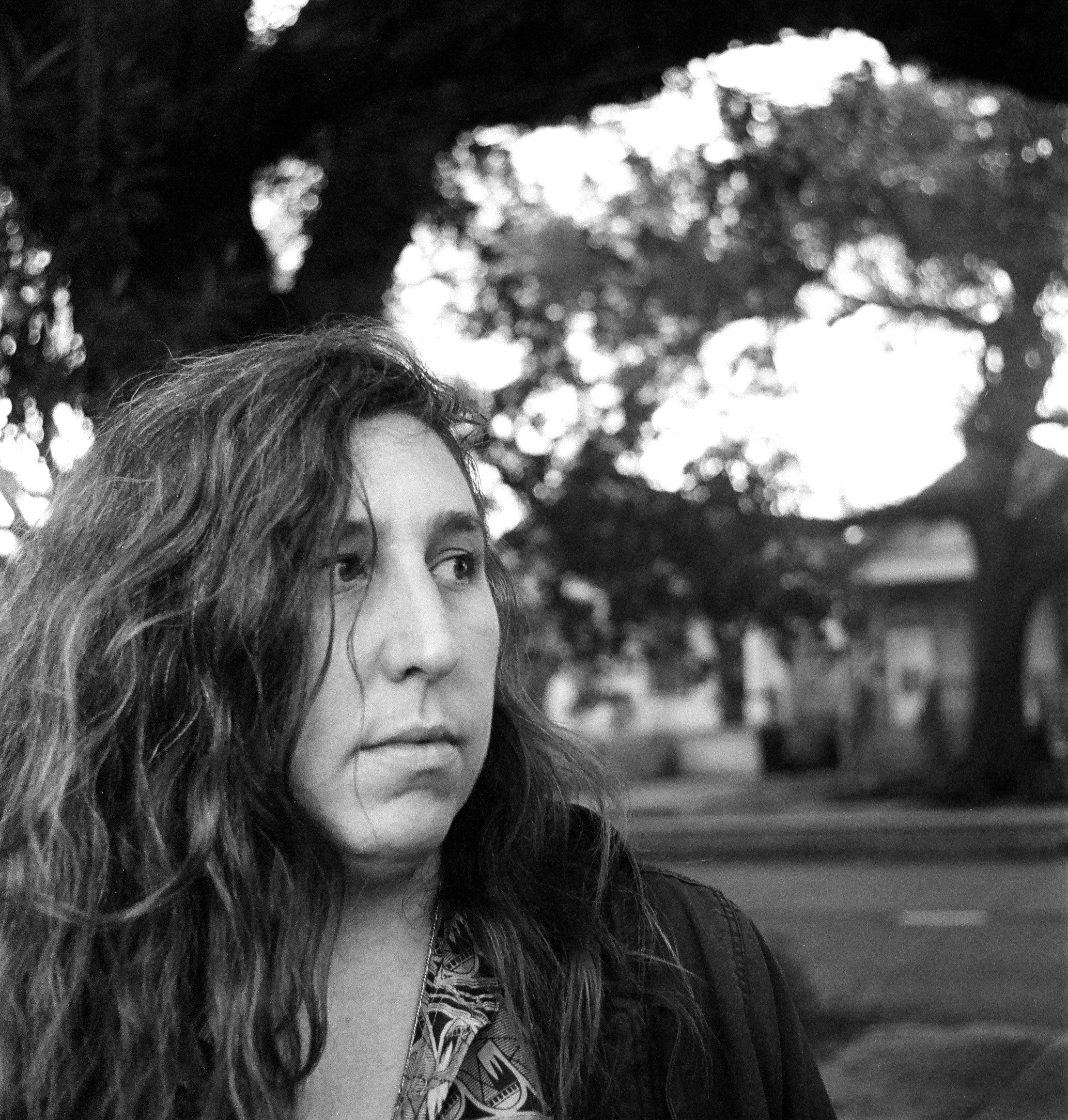 There are moments in life that have no regard for time. Think of trying to will yourself to sleep — knowing you have to get up in X hours — yet your brain jolts into action like it’s the star of a European discotheque. Or those times when you fall into a passion — writing, reading, dancing, experiencing la petite mort, or merging into a sport that matches David Foster Wallace’s tennis descriptions — only to be surprised with how the hours and minutes have dissolved in the background. There seems to be this elevation of what we are as humans in those time-irrelevant moments.

I’ve always thought of those instances as junctures when our ancestors, the Gods, or movers in the unseen are attempting, and sometimes succeeding, to communicate with us. It’s the poetry of the unheard world, so who better to talk with about this idea of human and cosmic conversing, than a poet. A local poet. A poet that leaves audiences stunned with words and phrases she pieces together that illuminate what’s often hiding under a pile of dust in our minds and souls. I’m talking about none other than Elizabeth Gross.

Gross’s newest poetry book, this body/that lightning show, was published this past month, and it already has hit Small Press Distribution’s bestseller list. “It’s weird for me to think about this as a new book because it’s a book that’s been with me for a long time,” Gross says. She began the book as her MFA thesis, even though she never anticipated writing about the aftermath of Hurricane Katrina.

The tittle of her book sparked this (enthusiastic) belief in me that, like me, she was blending the human and the cosmic, an actual manifestation of those time-dismissing instances that many fight rather than embrace.  I kept thinking and categorizing her title to fit this hypothesis: Of course, “this body” is the human, concrete form and “that lightning show” is the cosmic spectacle that attempts to communicate and engage with us; yet, we often don’t listen or understand it. And like most quick categorical impulses, I was wrong. Gross doesn’t even view these two elements as being necessarily different in the concrete/ephemeral binary. “I think of them [the body and lightning] as both concrete,” Gross says. “Although, I guess the lightning show is theoretically brief compared to the body.” In fact, Gross even connects the lighting show to the literal nerve pain she experienced in her body.

So what if we no longer think of the ephemeral as…well, ephemeral. What if the lightning show or the wind storm or the spheroids of plasma that light our night skies are not conceptual entities? They obviously have physical properties, so why can’t they interact with us and maybe even live inside of us? What if those sleepless nights are no longer a burden we try to control but, instead, a time to let whatever is trying to overcome us actually consume us?  Perhaps these are our cosmic sides trying to wrap around and inform our everyday about our future, but we are so busy timing our events and scheduling our calendars that we refuse to submerge into those conversations with our elevated selves. Although, not all refuse (hello talented poets).

From the first time I heard Gross read, I had a sense that this poet and woman and translator and academic knew how to submerge. Like, deep.

In some ways, Gross broke the concept of time with her writing of this body/that lightning show — having started the poetry book more than a decade previous to its publication. That whole time it lived in her, listened to her conversations, read the books and articles she read, and it’s not that it was waiting for her. Instead, it was existing without any concern for the where or when of its final birth. And throughout those years Gross would return to the poems, she would return to her translations, and she would let the work guide her. “I have to give up whatever sense I have of my own voice going into the work of translation,” Gross explains. By sacrificing and relinquishing her voice, Gross says that she “…gets something on the other side of that that I want to include in my concept of my voice, which is, of course, always changing in everything that I write.”

With a straight, earnest face, Gross says, “The text won’t let you in if you’re just going to go in and manhandle it.”

After a pause, a burst of laughter from us both, and a deeper explanation, Gross and I discussed how when she approaches her translations (she has what she’s titled “irresponsible translations of Sappho” in this body/that lightning show, and she also produced and co-translated an interdisciplinary, collaborative production of Euripides’ Bakkhai) she researches and cross-references, and then she lands on what feels right.

That idea of “what feels right” is often what puts us humans on our journeys. And those journeys are what we’ll discuss with Elizabeth Gross in Part II of this “Conversations with Artists.” Check back next Thursday as we continue to ask questions and not really find any answers. But, hey, we aren’t going to manhandle the answers, damn it.

[…] week I had a conversation with Elizabeth Gross, local poet and academic, about the interaction between the human and cosmic elements of life. Not […]

Conversations with artists (part II): Elizabeth Gross and the heroine’s journey – Via Nola Vie
Recent Posts on ViaNolaVie
Donate to ViaNolaVie!     GIVE BACK TO THE NEW ORLEANS PUBLICATION THAT’S ALWAYS GIVING!  ViaNolaVie,...