Footprints: Who let the “Bead Dogs” out? 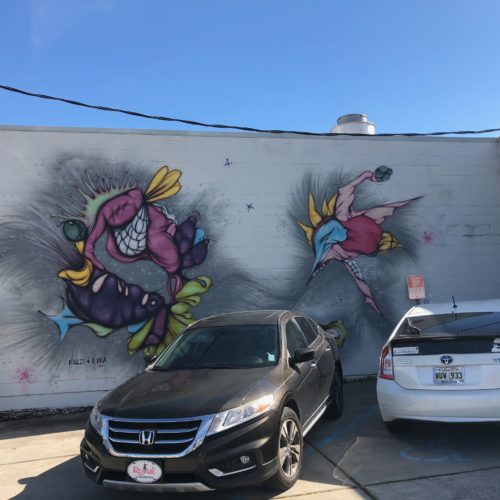 Bead Dogs, a mural that is part of the Fat City Mural Project. (Photo by: Joseph Metviner)

North Arnoult Road in Metairie, LA is home to many of the murals created for the Fat City Mural Project. The project was supported by the Metairie Business Development District (MBDD) to create a visual identity for New Orleans. The murals have no common theme; yet, the completed artwork breathes life into Metairie’s previously bland business walls and bonds the district together. Unfortunately, some of the paintings have already begun to fade, but most are still as bright as ever and continue to attract people to take in their beauty. One of the remaining murals is the Akira Sushi Mural “Bead Dogs” by Connor Hollis and Amorette Lana, a Denver, Colorado-based team (3). The scenery is located on the back wall of Akira Sushi, on North Arnoult Road.

The title of the mural is “Bead Dogs;” however, it is not immediately apparent that the mural is depicting a dog by the initial view of the artwork. The abstractness of the scenery adds to the mystery of the creatures Hollis and Lana created. When given the title, it is still not easy to see the resemblance the creation has with dogs, but it is within reason. The “Bead Dogs” mural is potentially symbolic to New Orleans, both in name (reference to Mardi Gras) and in color (touting the Mardi Gras colors–purple, gold, and green). One of the artists, Hollis, grew up in New Orleans, and his memories “of growing up in the vibrant culture of New Orleans” (2) was directly imprinted into their mural.

The medium the artists chose was spray paint, which is indicative of their situation as artists working in New Orleans. Hollis, in particular, says, “Texture, weight, color, pliability, etc. determines what I grab when making. The inherent richness or lack thereof of a material can greatly affect the final result of a work. All of these variables are greatly considered throughout my creative process.” (3). The city of New Orleans has largely embraced the idea of spray paint as an essential part of its art culture. Especially in the last decade, since hurricane Katrina, the lower class of New Orleans has used street art as a way of conveying their social situation. Hollis and Lana have clearly bought into this culture and chose to mimic it through their own work. However, contrasting to typical New Orleans street art, they have chosen to depict their “dogs” abstractly and allow for some imagination on the viewer’s end. 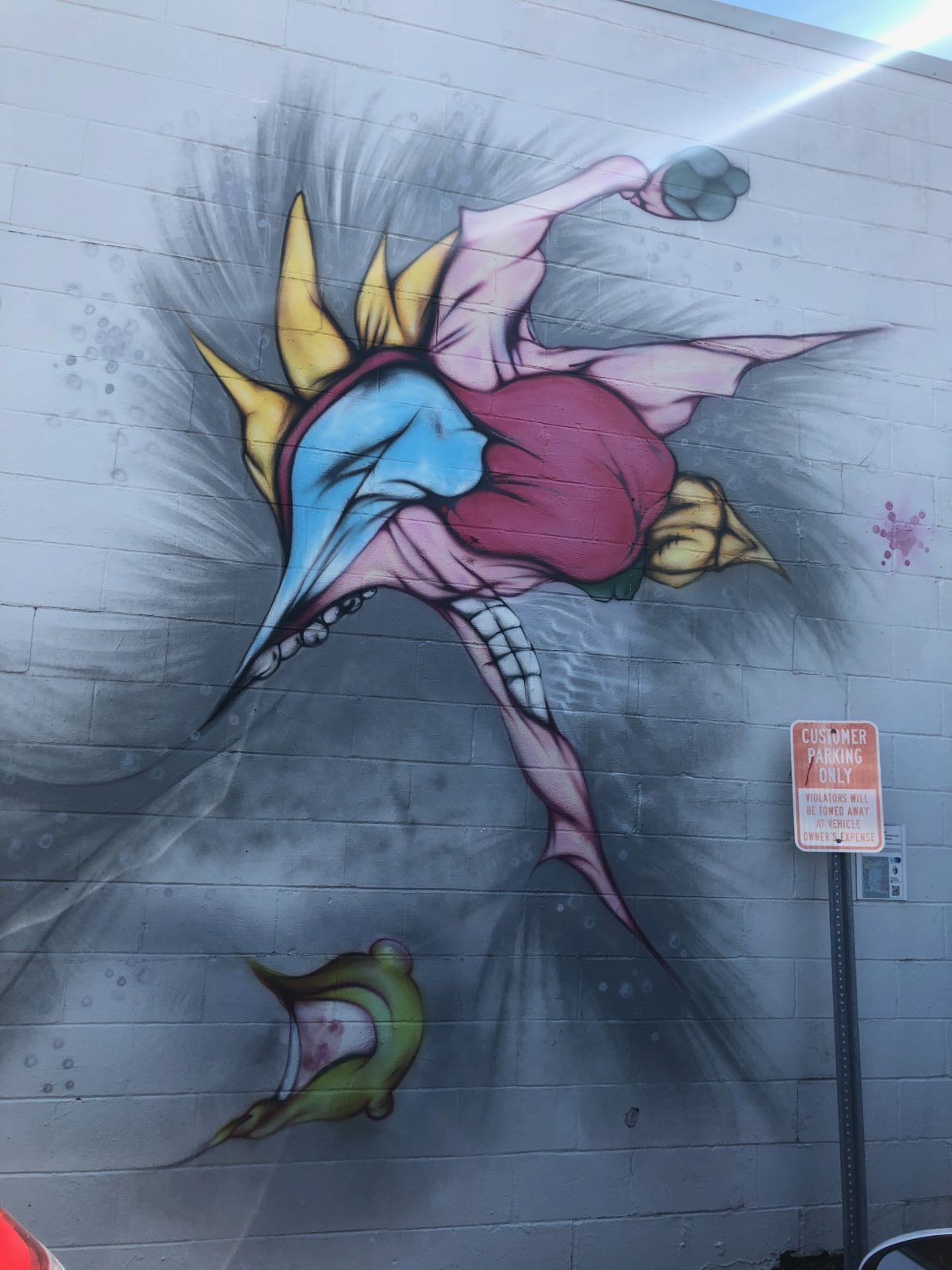 One of the great concepts of public art is that it is not something that can be taken, or bought. It is for the public to interpret its meaning. Hollis and Lana’s mural “Bead Dogs” will never be something that will be collected. It will remain until it fades or is destroyed. No one will change the message they have created. Alternative art takes many different forms: pamphlets, murals, or even journalism. Art is incredible in that you can choose what parts you can relate to, and each individual can either agree or disagree, and neither party will be wrong. Art helps keep us human, as Hollis has put it: “we wouldn’t be human without art. It’s a representation of our ability to express emotion outside of our physical being. There are works of art from hundreds of years ago that still convey an emotion the same way it did the day it was completed and long after the creator is gone. That, I believe, has value and significance” (3). Without art, we may as well be machines, for there would be no reason to express ourselves.

The medium that the artists chose to use is critical in its relevance to censorship. Street art is and has been one of the most transparent forms of communication in society as it is very tough for any governing entity to regulate it. Therefore, street art often can allow for clear depictions on the state of the community that it resides in, without initial censorship. In this way, there is a sense of honesty portrayed in Hollis and Lana’s work that may have been otherwise lost. 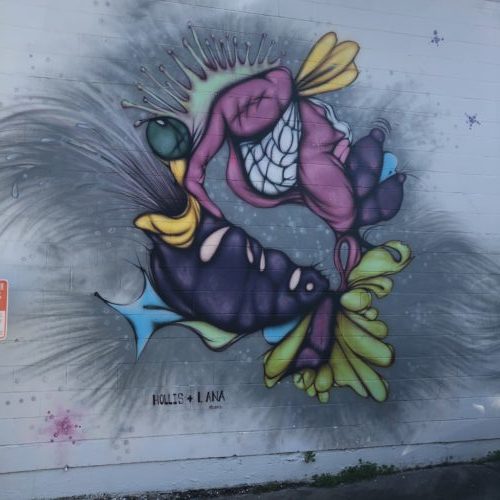 For as long as there is life

There will be art

And the art of keeping time

As it has no limit

Footprints: Bravegirl, the sculpture and the person
Art
We use cookies to ensure that we give you the best experience on our website. If you continue to use this site we will assume that you are happy with it.Ok