Art and tragedy, a look at The Art of Citizenship Mural 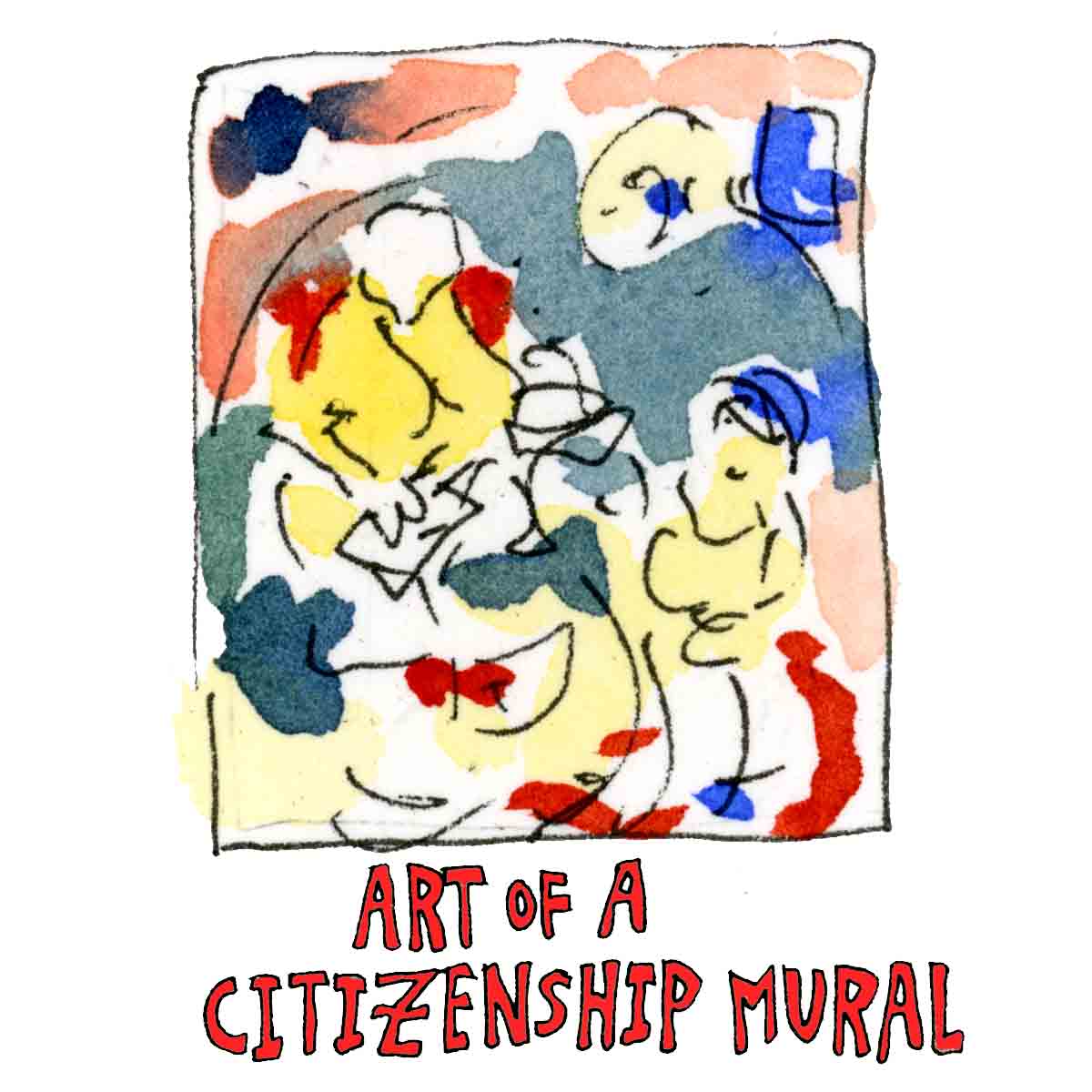 Art of a Citizenship mural (Illustration by: Emma Fick)

The Art of Citizenship Mural is a mural that represents how Chinese immigrants were mistreated in America. This piece was put together to display an important part of American history that has never been taught like it should have been. This mural project is an opportunity to learn about our national history.

Segregation has been a significant issue throughout United States’s history. Different laws and practices are constantly manipulated to reflect the same abuse that America has inflicted on various groups of people in the country. For example, The Chinese Exclusion Act was a United States federal law that was signed by President Chester A. Arthur on May 6, 1882. This act was put in place to execute certain treaty stipulations relating specifically to Chinese people. Chinese immigrants have always been mistreated and isolated by Americans just because of their physical appearance. I believe in the fundamental goodness of every human being, and the only way to progress as a country is to better understand our past (including the negative aspects of our national history), and to come together to create a more inclusive country.

Artist Sarah Woodward designed a piece of art that demonstrates the different components of mistreatment that the Chinese have gone through. Woodward is a visual artist and her professional background is in running youth mural programs. She is from New Orleans, but she lived in the San Francisco Bay Area for a long time.  When she was in California, she trained with a Mexican-American muralist. She learned all about the history of murals and how they have the power to bring communities together by telling un-told stories. Similarly, in Mexico, Diego Rivera’s murals are considered powerful and political statements. He tells the stories of indigenous Mexican communities, often telling stories about Mexican history that the government suppresses.  This Mexican tradition of mural-making has been a source of inspiration for her.

Woodward said that she had actually never heard of the Chinese Exclusion Act before starting this mural project.  Like many of the other youth and staff who were involved in the project, she was personally shocked and dismayed that this important piece of our immigration history was not being taught to young students, like me, before.  She is also extremely sad and angry about the way our current presidential administration has treated immigrants through “zero tolerance” policies. According to the First 100 Days, it stated that Trump wanted ”Suspension of entries: Restricts nationals of Iran, Libya, Somalia, Sudan, Syria and Yemen from entering unless they are lawful permanent residents of the United States.”

Woodward’s statement is essential because even though it did not affect her race, it did affect her emotions a lot after learning about this topic.

She decided to create a mural to educate others about the Chinese Exclusion Act because murals are an incredibly powerful way to give young people a platform to speak their mind about complex issues.The idea to focus the mural on the Chinese Exclusion Act started with the National Park Service, and specifically, the Jean Lafitte National Historical Park and Preserve.  They have a history department within the park service. She was approached by the Jean Lafitte staff who had the idea to use the PBS Documentary on the Chinese Exclusion Act as a basis for a youth mural project. Since they had never run a youth mural program before, they were looking for a partner on the project, which she had agreed to participate in. She was really excited about the idea for this project because of her personal interest in immigration issues, but also because she thought it would be a wonderful learning opportunity for youth artists as well.

In addition to Woodward being the lead artist, she had the help of 15 young artist within the city of New Orleans. Being a part of this project was different because a lot of various types of artists were chosen to be a part of this project. There were dancers, singers, and visual artist. No one was excluded. The mural was and is an opportunity to learn about our national history, and to see how it relates to our current immigration debates.

Footprints: Who let the “Bead Dogs” out?
Art

Footprints: Silly humans, sculptures are for bunnies: A look at Alex Podesta’s “City Watch”
Art
We use cookies to ensure that we give you the best experience on our website. If you continue to use this site we will assume that you are happy with it.Ok