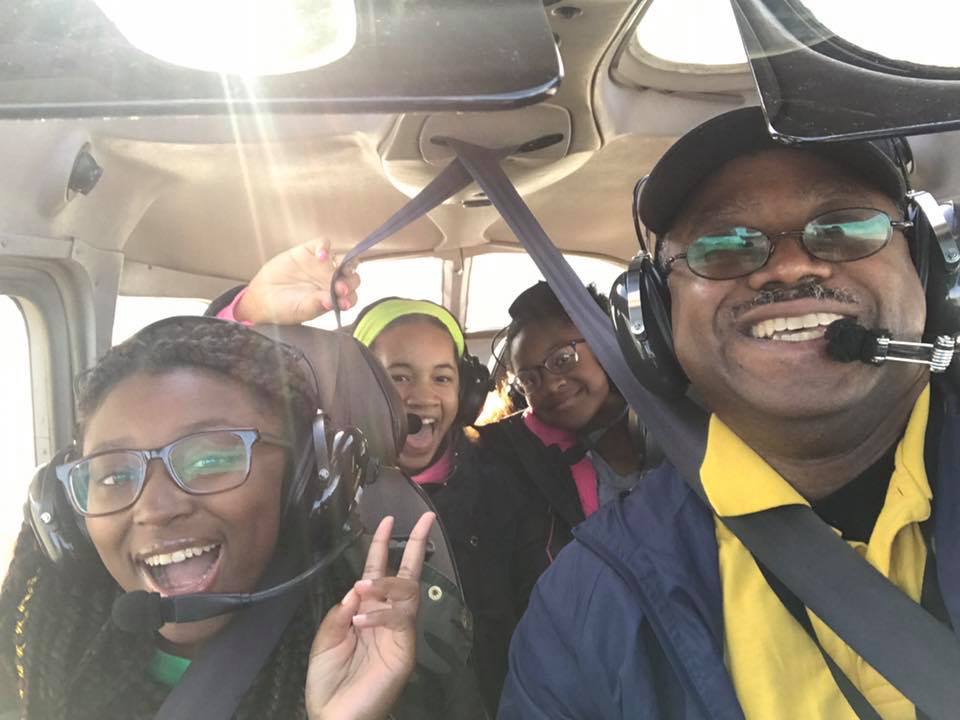 If you’re a kid interested in flight, it’s hard to imagine growing up in a better place and time than Ret. Col. Palmer Sullins, Jr.  As a Tuskeegee, Alabama native, Sullins was taken under the wing of Charles Alfred Anderson, chief flight instructor of the legendary Tuskeegee Airmen, and he was taking flying lessons from the esteemed pilot by the age of 9.

(Anderson famously was the pilot who took Eleanor Roosevelt up for a flight, impressing her and leading her to convince President Franklin Roosevelt to build a base at Tuskeegee.)

And while few other young people could hope for that kind of an introduction to flight, Sullins and the rest of the New Orleans Golden Eagles are helping to at least give some of them a little exposure to the skies.

Through events throughout the year, The Golden Eagles – part of the larger Black Pilots of America organization – brings the kids to Lakefront Airport “where they get a chance to get in the airplane, get a chance to go through what’s available at Lakefront Airport, including the tower, the emergency operations, and just things in general,” says Sullins, “because we understand that you can’t bring the airport to the kids, you have to bring the kids to the airport.”

It was amazing,” Nylah Quillens, 15, who went up with the Golden Eagles last year with some other members of the Excite All Stars youth enrichment program. “We flew over water and then we went around the city. We saw a Popeye’s and some houses and then we circled back around…it’s beautiful to see an aerial view of our city.

While it wasn’t Quillens’ first time on a plane, it was her first time “on a plane that small to where I could see everything in the plane,” she says.

“Of course aviation entails much more than just flying the airplanes,” says Sullins.  “You have mechanics and support people, and we want to make sure that we’re able to let the kids see that you can fly, you can be a flight attendant, you can be a mechanic, just all phases of aviation.”

To learn more about the Black Pilots of America, visit their website at www.bpapilots.org, or check out the New Orleans Golden Eagles at  www.nogepilots.org.