Editor’s Note: Lacar Musgrove is a writer who dives into the history of bikes, cycling, and all things New Orleans. You can read her full “Astride Lofty Wheels” series and more of her work and research on her cycling history blog. Here she has a very special piece that involves bikes, family, and her amazing mother. 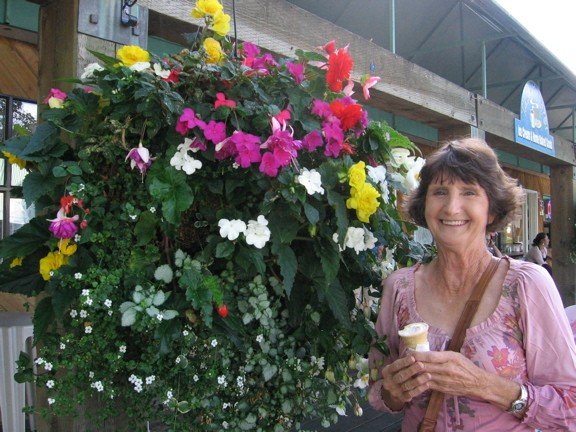 A photo of Ernestine Musgrove from 2010, the year she turned 70. (Photos provided by: Lacar Musgrove)

On her seventieth birthday, my mother rode in circles around the cement drive and up and down the gravel driveway on a bubblegum pink Schwinn cruiser, the first bicycle she had ever owned. My Granny, in her nineties, a farm wife and retired factory worker now living on Social Security, had been squirreling away money in her dresser drawer for years until she had enough to give each of her eleven living children a one hundred dollar bill on their birthdays. My mother used her hundred dollars to buy herself a bicycle. The first bicycle she ever owned she got for her seventieth birthday—from her mother.

We had a family party, a holiday-style dinner of turkey and dressing with sweet potato casserole and cranberry sauce. Nine adults and five children, the children and grandchildren and great grandchildren whose protection and support had been the devotion of her life, crammed around two tables stuffed into the formal dining room.

My mother’s childhood was one of rural Mississippi farm life, one in which there was always food but not much else, and plenty of children: brothers, sisters, and cousins who shared whatever they had between them. Finding herself in a rare position as center of attention, my mother told the story of the only bicycle they had when she was growing up. It belonged to a cousin, D.L., and had no chain. They played with it by pushing each other up and down the road. There was a steep hill that they decided if they could get the bicycle up, it would then roll down again with no effort. D.L. demanded first go, on the grounds that it was his bicycle. 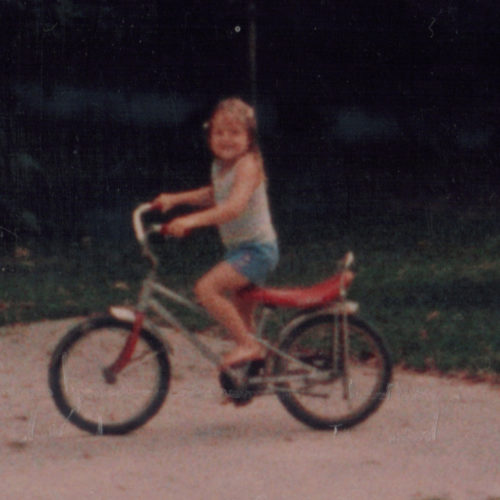 A picture of Lacar from 1985, riding the hand-me-down bicycle she learned to ride on that summer in their driveway in Walker, LA. (Photo credit: Her mom, Ernestine Musgrove) 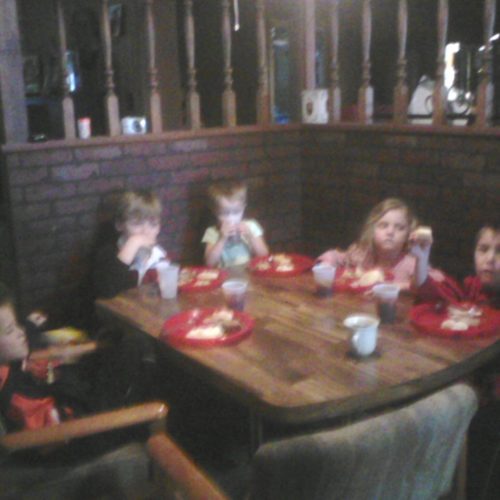 A photo for 5 of Ernestine Musgrove’s great grandchildren, from 2010, the year she turned 70, at their family home in Walker, LA.(Photo provided by: Lacar Musgrove)

The kids thought neither about making D.L. get off the bike on the way up nor the fact that there were no brakes on it. And so they pulled and pushed and hauled the bicycle and D.L. up the hill, and then down the two of them went: “Sometimes D.L. was ahead; sometimes the bike was ahead.” With her index fingers my mother mimed the bicycle and D.L. tumbling down the hill as she repeated over and over the punchline of that artifact of family lore: Sometimes the bike was ahead. Sometimes D.L. was ahead.

Her voice went high-pitched and she shook with giggles, closing her eyes and leaning into the table. The laughter at the table was uproarious. My sister wiped at the mascara on her lower lids. Encouraged by her success, my mother went on to tell other childhood stories, and I couldn’t remember ever seeing her laugh so hard.