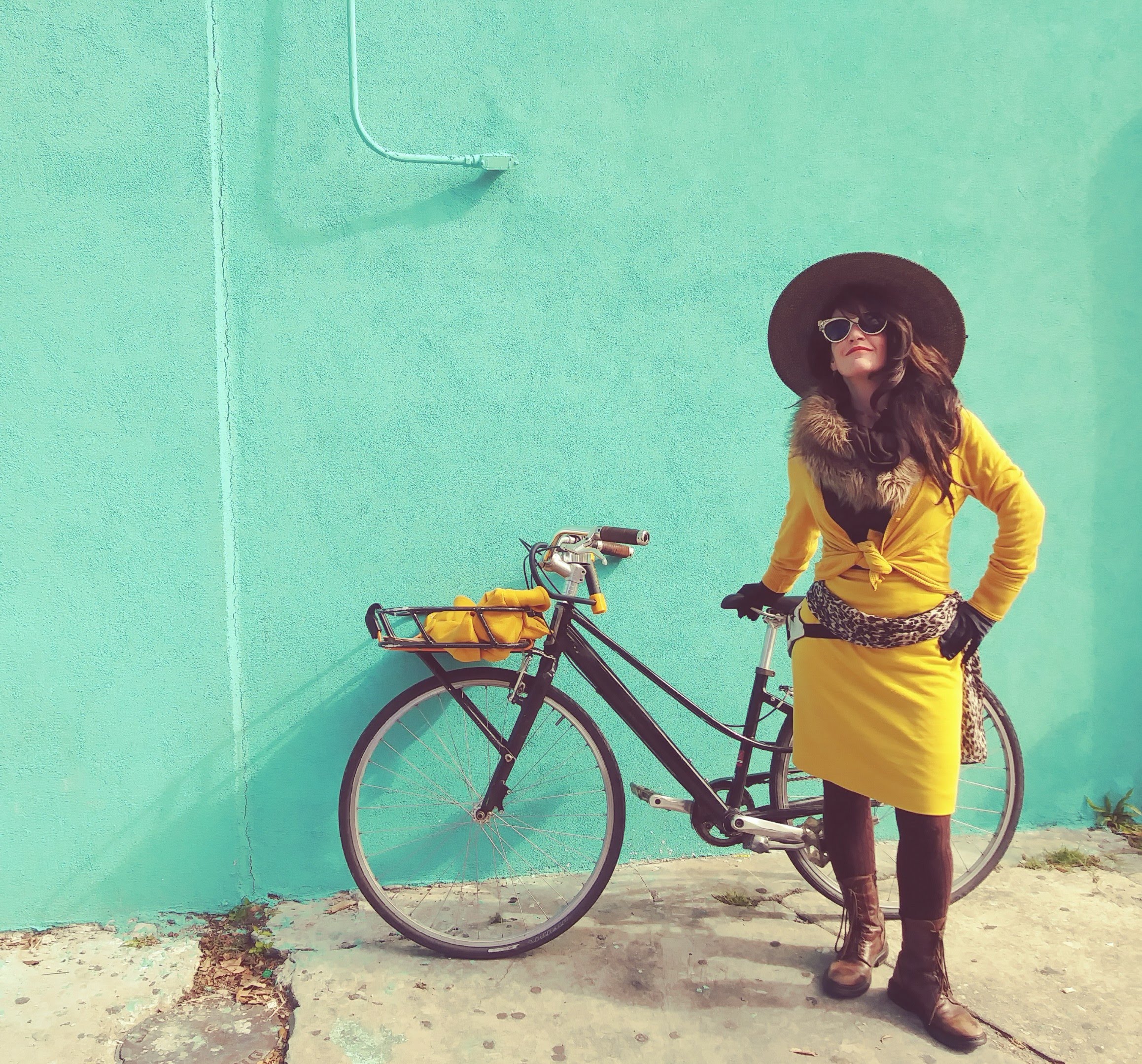 It’s often the case that humans make decisions based off what they don’t want (suffering, boredom, gross tastes in their mouth) rather than what they do want (I mean, who can really answer that question?). For Lolly Walsh, founder of Lolly Pop Tour Shop, her decision to start her own touring company, which was fully launched in 2018, was a combination of both.

A lover and student of history, Walsh knew that she wanted to share her mental proclivity for facts and retaining odd information (She nonchalantly told us in the interview that New Orleanian immigrant Oliver Pollock developed the dollar sign. More on Mr. Pollock later.). On top of that, as a world traveler, Walsh’s natural disposition magnetically drew her to New Orleans. “I am always one to say hello to everybody,” she says, but in other parts of the country and world, her smiley salutations were looked at with caution. Then, she came to New Orleans, and “Everyone is a human around each other!” Walsh exclaims.

Diving head first into the history that New Orleanians walk over, bump into, and gaze upon with pretty much every step, Walsh began where a lot of tour guides cut their teeth — The French Quarter. But, also living in the Quarter, she was hearing all the tour guides under her window, and she realized,  “I didn’t want that to be my life.” That’s when she decided to make tours of the Central Business District. “Even though ‘history’ is a dull word and ‘Central Business District’ is one of the dullest combinations of words in the English language…” Walsh was ready to take on the challenge, and she’s never looked back. Well, maybe she looked back a bit considering there were new regulations passed by the City Council in 2017, which increased cost and bureaucracy for tour guides. The steps a tour guide must  fulfill range from insurance necessities and application fees to “proving” that you’re a legitimate tour company (think stickers worn by groups of people all staring at the same house).

View looking down Camp Street from Lafayette Square. Original caption: “Views of New Orleans No. 405. CAMP STREET from Lafayette Square to Canal Street, showing John Gauche’s new Iron Building, covering an entire block — the largest Store in New Orleans.” The building referred to is better known as the “Moresque Building”, seen at left in the photo. (1870)

It wasn’t just the city that gave her hurdles to dodge and weave through because when it came to advertising her tours, Walsh hit an unexpected block. She gives tours in the CBD. Let that sink in like smoke (emphasis on the word “smoke”). That’s right, social media sites blocked her advertising for the tours because, “they think I’m selling drugs,” Walsh says. Her other option? A twenty-five character headline, which barely fits on any social media post. She’s made appeals to the social media sites, explaining her situation, and she is now on her fifth denial from the sites.

Having tours in the CBD, however, means that Walsh gets to relish in history that’s not typically discussed on a tour.  Starting in Lafayette Square, Walsh talks of the history and details the split the city into the French sector and the American sector. That moves the conversation into religion and immigration. The development of the city lives in its streets, and as Walsh says, history is not just a book that you close, and then it’s all done. “New Orleans, while being known for celebration…people here have been changing the world in ways that are really never talked about or talked about infrequently.”

Take, for instance,  Oliver Pollock who we mentioned earlier. He was an immigrant to this city, and he wanted nothing more than to be free from British control. And how do we know that? Well, he was an Irish immigrant who funded the revolutionary war as an individual. So just imagine this. On the list of war funding is France. Then there’s Spain. And, oh yes, the single name of Oliver Pollock.

Facts about individuals to tours that talk about food and art, “with some history snuck in there,” Walsh says, is what makes the precarious tour industry so exciting. As a transplant, Walsh knows that those who have lived in New Orleans their whole lives know this city better than any tour guide, so she hopes that Lolly Pop Tour Shop will include narratives of many, even if she’s the one Lolly in the shop right now.

You can learn more about tours available on Lolly Pop Tour Shop.