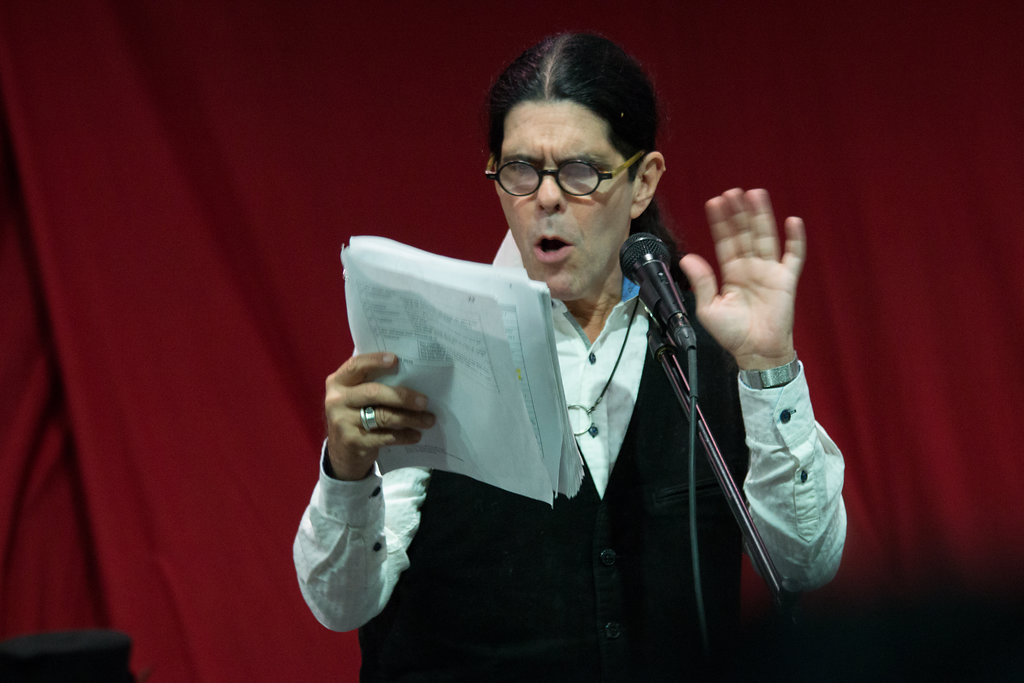 Here are two names you don’t often hear associated with the production of It’s a Wonderful Life: Eugen Berthold Friedrich Brecht and Constantin Stanislavski. Yet, in New Orleans, we don’t like to do anything like anyone else, so The Nola Voice Talent Foundation’s 10th annual benefit of It’s a Wonderful Life takes a refreshing and interesting spin on the timeless Frank Capra film. Nola Voice raises the production into epic theater,  and we mean that in the Brechtian sense, not the hyperbolic millennial sense of the word “epic.”

Most people know It’s a Wonderful Life to be the traditional black-and-white film that can bring many to tears or lull tired eyes to sleep on a snug and warm holiday night, but at Cafe Istanbul on Friday, December 21, the production of It’s a Wonderful Life will not only be performed in front of a live audience, but it will also be recorded and broadcast nationally.

You know what that means, folks. No prerecorded laugh track or audience reactions; all the responses heard that evening will be authentic and temporal. Oh, and they’ll be broadcast nationally. “The audience is encouraged to participate,” says George Trahanis, an actor in the production as well as one of the directors of the show. “We have a couple villains who we encourage people to boo at,” he says, throwing in that they also ask people to cheer on the heroes.

The fourth wall that is often tightly bound and securely fastened, separating the audience and performers, is completely removed during this production of It’s a Wonderful Life, since the actors on stage are performing the script like they would on a 1930’s or 1940’s radio show. Positioned behind microphones on stage, the voices of performers like Lance Nichols — who plays the Superintendent of Angels and is known for his work in the HBO series Treme, as well as his 100+ movie and television credits — enliven the script and exemplify the vocal workings an actor must have when channeling a character outside of themselves.

Of course, not only do the performers in this production need to think about the character they are embodying, but they also have to consider the audience that is in front of them and the audience that is out listening in radioland. The fact that this is a live broadcast, “Makes the stakes a little higher,” Trahanis says. “It taps into your sense of responsibility,” he says, explaining that the actors want to share the experience with everyone listening.

While Trahanis and names like Stephen James and  William ‘Bill’ Lee (George Bailey in the show), who is a veteran to the show — this being his 10th production — bring a plethora of experience to the stage, there is also room for new and novice voices (And, no, we are not referencing a drunk audience member who might feel the need to get a little vocal during the performance.).  “We have a very experienced group of actors who have been in the business of voice overs at different levels,” say Trahanis, and when thinking back on rehearsals he thought about how the kids and the seasoned professionals all submerged into their characters so deeply that he couldn’t help but look at his co-director Stephen James and say, “We have a show now.”

They have more than a show, though, because this production is also a benefit. The Nola Voice Talent Foundation is a 501(c)3 that provides education and opportunities to the community at large. They help provide funds for other non-profits, and this production is one of their main fund raisers. This link between entertainment and giving back coincides perfectly with the message that It’s a Wonderful Life sets out to convey, and The Nola Voice Talent Foundation is making sure that those angel wings referenced in the film take flight all year round. As Stephen James says about giving the to community and getting involved, “You gotta do stuff.” 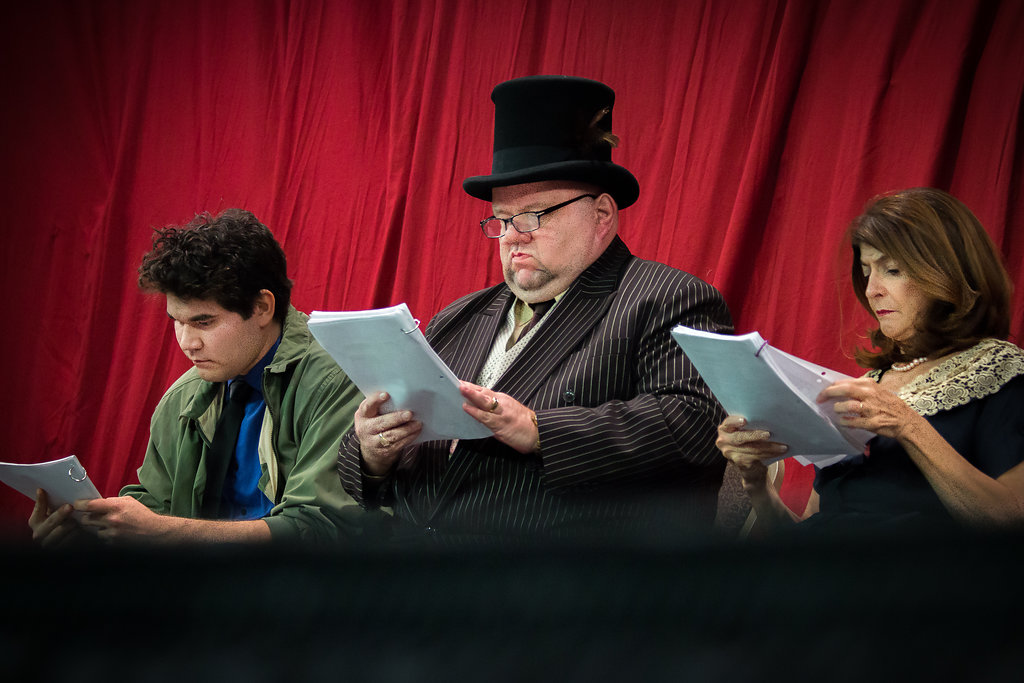 From the production of “It’s a Wonderful Life.” (Photo by: Nola Voice Talent)

George Trahanis knows this motto by heart, seeing that he moved to New Orleans in 2015 from New York City, and has jumped into the theater scene here. Having starred in I Wrote a Song, which was also performed at Cafe Istanbul, Trahanis is thrilled to be back with the cast of It’s a Wonderful Life, and his connection with this performance goes like many New Orleans stories. “One of the first people I met in town was Stephen James,” he says. After that, he was cast in It’s a Wonderful Life, “…and it went so well, that he asked me if I’d be interested in co-directing and acting in this year’s production.”

With fate on his side, Trahanis will take the stage on Friday night with his fellow actors to mix together the history of radio, film, and theater while putting on a show that will affect the future of non-profits and our community. That, indeed, sounds like it’s going to be a wonderful time with It’s a Wonderful Life.

The 10th Annual Benefit Production of It’s a Wonderful Life will take place on December 21 at Cafe Istanbul (2372 St. Claude Ave.). Doors open at 6:00 with the performance beginning at 7:00 PM. Tickets are $20 (floor) and $25 (balcony), which you can purchase at cafeistanbulnola.com or wonderfullifenola.com. You can also read up more on this benefit of It’s a Wonderful Life with The Advocate article written by one of the performers in the show.