NOLAW: Over the top in all the best ways 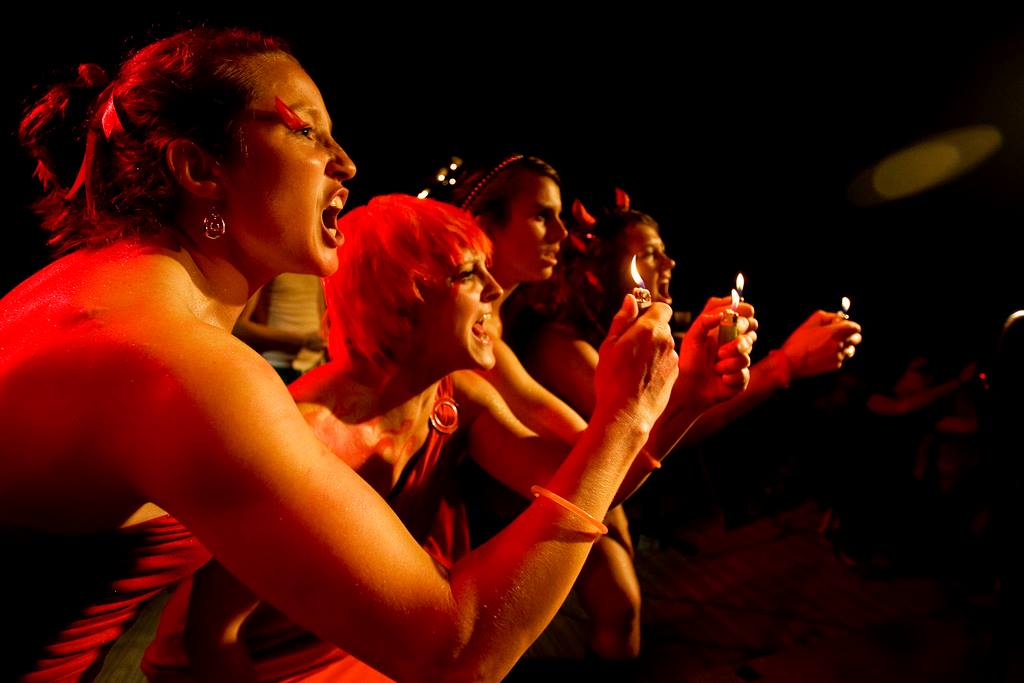 There is something happening with  New Orleans Ladies Arm Wrestling (NOLAW). This collective, which for almost a decade has raised thousands of dollars for local organizations, is having their final brawl on Saturday, November 10 at One Eyed Jacks.

Hundreds of New Orleanians — and beyond — have danced, stripped, teased, and even met their partners as they watched teams of women take the stage, put their elbows on the table, and display their strength. You want a place where you can blend masculinity and glitter? It’s NOLAW. You want a place where the conceptual terms “masculinity” and “femininity” are up for discussion? It’s NOLAW. And how about a place where you can body surf or build a contraption to transport you onto a stage? You guessed it; it’s NOLAW.

Originating in Charlottesville, Virginia as CLAW (Charlottesville Ladies Arm Wrestling), this organization flexed its philanthropic reach by building sister leagues. When some organizers from Charlottesville  put out a call to start the collective in New Orleans, that call was quickly answered.  NOLAW held their first brawl at Finn McCool’s in 2009. After that — with NOLAW continuing to grow in popularity and patrons — it moved to One Eyed Jacks so more folks could see the performance and enjoy the shinny splendor of it all.

“There are a lot of off shoots of what NOLAW is, and that is providing a space for feminism and expression, and providing a theatrical place,” says KDHL, one of the organizers of NOLAW. But, there is a primary mission with this collective. “The whole point is the fund raising,” KDHL says. “We raise money for local women organizations.”

The beneficiary for the final event this Saturday, November 10 will be the New Orleans Abortion Fund. “We are stoked about raising money for an organization that is so bold in their mission of providing money for abortions for women who need them,” KDHL says. With the events planned for this final brawl — everything from DJs, drag queens, and strippers to the eight women competing on stage in arm wrestling — NOLAW will be giving to the New Orleans Abortion Fund and all the fans who show up on the night of the brawl. 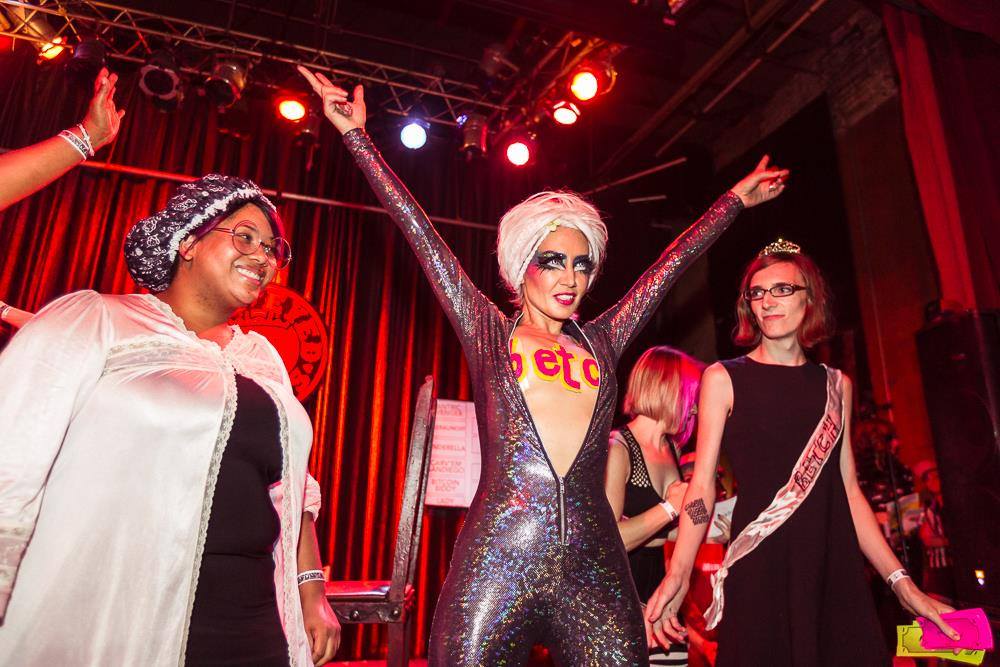 Even though the performances and the spectacles are brainstormed and brought to fruition through discussions and collective organizing, there are always surprises to be had at NOLAW events. As KDHL says, “Half the time we as the organizers don’t know what’s going to happen;” it all depends on the energy of the crowd and how the performers respond to that energy. These unknowns make NOLAW a place for people to explore, to question, and to feel at home.

“I first started going to NOLAW events when I moved to New Orleans,” Rosamund Looney, another organizer for NOLAW, says. “I kept going as a vehicle to understand what it meant to be a queer person in a new place.” NOLAW provides a space for women who want to be “strong and also sexy,” which confronts the binary boxes society often asks, or in some cases demands, women to jump into on a consistent basis. NOLAW says, forget those boxes, and let those  supposed “opposite parts of your identity,” interact with and support one another.

And that is why this ending to NOLAW is mainly bitter and with little sweetness. As many have questioned and lamented, “Where am I going to go to meet my queer people?” For all the bars stationing themselves on street corners, in residential areas, and even in dilapidated strip malls, there are only around 13 queer-identified bars in New Orleans (many of them being more organizations that use bars for queer get-togethers, like Girl Spot). Now 13 bars may sound like a lot, but compare that to the fact that according to Richard Florida (editor at large of CityLab and a senior editor at The Atlantic) New Orleans ranks No. 1 in the number of bars per 10,000 households. When you do that math, 13 bars is basically a drop in a drop inside a blip. But groups like NOLAW transformed those small numbers into monumental memories. It offers a place to express strength, femininity, and some fantastic costumes.

So when NOLAW has its fierce, fiery arm wrestling women take the stage on Saturday, they will be not only be exhibiting the strength of the women they have supported and continue to support. They’ll be reminding us that with the right grip, women can take on anything.

The final brawl for NOLAW will take place on Saturday, November 10 starting at 8:00 PM. Tickets will cost you $10, with the proceeds going to the New Orleans Abortion Fund. For more information about NOLAW and the final brawl, you can check out their event here.