A self-guided tour of the Tchoupitoulas breweries 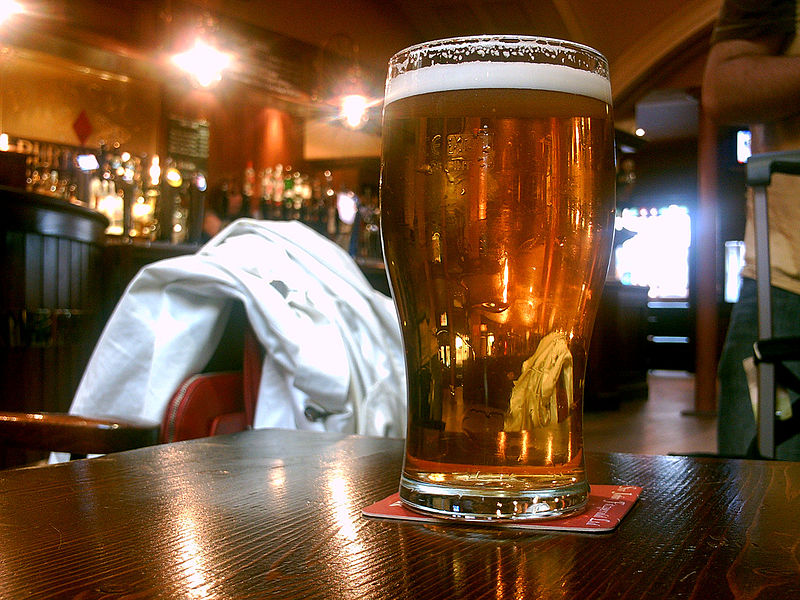 The beauty of autumn and beer coming together. (Photo: Tim Dobson)

By: Brooke Gershman, a contributor to Big Easy Magazine

Whew. New Orleanians are letting out that collective sigh of relief that we share when the cooler weather kicks in.

What better way to celebrate than to take yourself and your friends on a self-guided tour of the Tchoupitoulas brewery lineup, with a special new addition on Saturday, October 13. Shall we get started?

Coming from Napoleon, your first stop is just on the right at Port Orleans Brewing Co. This 2017-opened venue boasts a huge open space, indoor and out, with the bewitching smell of hops and elevated bar food in the air.

Everything made and distributed by Port Orleans is born right there in the back, behind the tap room bar, and everything has its signature flare. Super-modern graphic labels show all your choices of ale. IPA’s abound, seasonals, but pay special attention to their collaborations, like Coffee Break. Its a stout created with the help of French Truck Coffee. Another great choice is the Gleason IPA, whose profits go straight to Team Gleason.

There’s a foosball table, so if you’ve been searching for one, you’re in luck. The enclosed side yard looks like the perfect place to throw cornhole and sip local beer like a true progressive American.

It’s a newer brewery than some of the others on this list, but they lack nothing in the way of amenities. Check out the pub food by Colin (a scholar of Emeril’s NOLA restaurant) which is, as he describes it, “not overly finicky.” The waffle batter from the Chicken and Waffle dish is made from spent grain from the brewery, so you can literally have your beer and eat it too. No kidding.

Rumor has it the place is partly owned by veteran Saints offensive tackle Zach Strief, so you can feel especially like a New Orleans patriot when you imbibe with Port Orleans.

Head a bit further down Tchoup to NOLA Brewing Co. to sample the city’s first Post-Katrina craft brew. Opened in 2009, with distribution all around the country (even Philadelphians can enjoy NOLA brews), this beautiful tap room/bbq joint is everything your weekend needs.

With indoor/outdoor seating on rustic barrel tables and board games for rent, this place allows babies and dogs (outside on the patio only) to join the revelry.

Years ago, these guys put out an all-around hit beer with mecha-hops (that’s a hint) that earned them a cease and desist letter from the makers of the Godzilla movies. They desisted, but instead made a beer you can try right now in their tap room or in a crowler. “Hoppyright Infringement” is juicier and more citrusy than the predecessor. They are also really proud of the “Piety” sour, which is barrel-aged in red wine barrels for a super cherry flavor that folks really enjoy.

Come hungry too, because Neil McClure serves up BBQ “the hardest way possible” by featuring the flavor you can only coax out of a slab with patience and burning sticks. Others speed it up with propane, he explains, but you’ll love how McClure’s BBQ options in the NOLA Tap Room compliments that delicious pint. The mac and cheese is more consistent and more flavorful than its competitors, which is subjective but also true.

Another great place along the Uptown river is the new classic Urban South Brewery, with its huge regional distribution and its excellent reputation in the Crescent City. The space will be the perfect spot once the heat subsides, where you can chill at picnic tables in the lofty warehouse among gleaming can towers that, by themselves, almost quench. Opened in 2016, but growing like gangbusters since then, New Orleans largest brewery has a host of special features and regular ales for you to try.

Check out Holy Roller if you haven’t yet because the recipe has evolved to perfection over the years. It’s a hazy, juicy IPA with a clever name, ie. everything you ever wanted in a local beer. Or try their Paradise Park, the budget lager named for a trailer park in the founder’s hometown. Easy drinking, like it should be. Look out for regular food trucks for your dinner. When you’re there, ask about the Architecture series, a one-shot beer run that gives them the chance to experiment. So far, they haven’t missed a note.

Complete your evening in actual paradise, which, to this writer is the namesake courtyard of Courtyard Brewery tucked away behind the coffee shop across from Barrel Proof on Magazine. Strung with patio lights and decked out with old cable spools for tables and chairs that call old classrooms to mind, this place is how New Orleans autumn drinking was meant to be. It gets packed, but that’s because it has character.

When he’s not jokingly making fun of his friend Dan Stein (of Stein’s deli) with patrons, Scott, the owner, is talking about beer. He loves beer, and his little brewery makes beer that makes beer drinkers love beer too. Come by and check out the three brews that he’s most excited about right now, including a special debuting Saturday, October 13.

The house favorite is the “Sonic Youth in 1983,” a reference to the album of that year (look it up) and something folks have been requesting for years. It’s an IPA, and among the dozens of IPAs made by Courtyard, the most popular.

Among the sours, check out the Pina-Kaleidoscope, which is “hopped like crazy” and a pina-colada inspired collaboration with Great Notion out of Portland, Oregon.

And, starting the second Saturday in October, you can enjoy Huracán, a sour inspired by the Hurricane drink of Bourbon street fame, loftily named for the Mayan God of Wind, Storm, and Fire. Can’t beat that! It’s brewed with passion fruit, pomegranate, hibiscus, and pineapple.

Opened in 2014, this brewery does not currently distribute around the city, so they get to serve a fabulously-curated menu of other beers that Scott and his team really like. You’ll like them too. They even serve cider, which delights those who drink but don’t drink beer.

A little note on Courtyard—they just announced a new location opening in 2020 in MidCity, where they will be featuring an in-house restaurant by the guys who did Turkey and the Wolf. Look forward to that. They celebrate their four-year anniversary on Erato on October 20.

Finally, if you’re really ready for something new, check out Miel Brewery & Taproom, which is auspiciously opening Saturday, October 13! Miel Brewery is located at Sixth and Tchoupitoulas, in what was once a warehouse used to repair Mardi Gras floats. The taproom will be one half open-air beer garden and the other half air conditioned industrial space. They’ll have games and a ping pong table and are also dog and kid friendly.

Check out their wide variety of beers using local seasonal ingredients, particularly, “Miel” Belgian Dubbel with raw New Iberia honey added. This beer, they tell me, will feature notes of malt, honey, and raisins. Also, check out “La Jefa” Bavarian Hefeweizen. In this, you’ll find an easy-drinker packed with wheat and banana flavors.

Brooke Gershman received her Master’s in Professional Writing from the University of New Orleans. She calls New Orleans home, along with her dogs, her son and her husband.