Down the bayou: Monster in a Straitjacket

Editor’s Note: Betsy Housten took part in Richard Goodman’s Master of Fine Arts nonfiction writing workshop at the University of New Orleans, where the students take a kayak trip down a southeastern Louisiana bayou in order to observe the issues and conditions that make the bayous beautiful and precarious. Once they finish their full-day kayaking adventure, the students reflect and write, creating pieces that encapsulate their experience and give new awareness about the bayous. ViaNolaVie will be running these pieces as a continued series every week, and you can also read more student writing here and here. And now for Betsy Housten’s “Monster in a Straitjacket.” 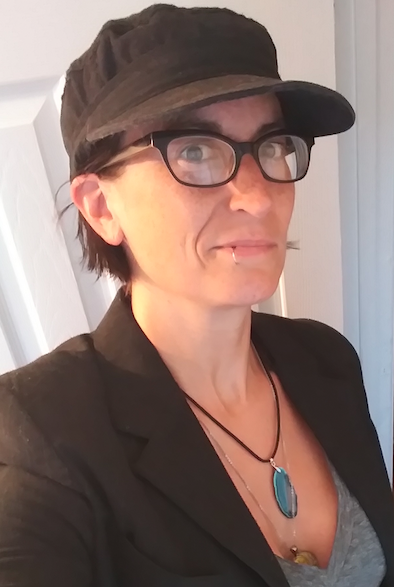 I dug one side of my double-bladed orange paddle into the dense weeds of Shell Bank Bayou and inched my rental kayak forward. “Just a bit further,” called our guide for the third or fourth time, from so far ahead I couldn’t tell which boat was his. In front of me, the bright reds and blues of my classmates’ paddles fanned out in a stark contrast to the earth-toned wetlands that surrounded us. Behind me, shouts of laughter threaded through the air as several other students did their best to keep a sense of humor.

This was the toughest section of our otherwise beautiful day on the bayou; the tide was low, the weeds were high, and the going was hard. My shoulders ached from the effort of dragging myself through the muck. My forearms were covered in tendrils of alligator weed that dripped from my paddles each time I pulled them out of the water. My belly growled, and my bladder was about ten minutes from going rogue and exploding all over me. I switched to the other side of the paddle and shoved my kayak infinitesimally forward again, just as a low-hanging cypress branch smacked me right in the face.

When I was in high school in rural New Jersey, my friends and I had a name for the carrot-on-a-stick method our bayou guide was currently employing. We called it the Merk Mile, after our English teacher Mr Merkel’s habit of saying “just one more mile” when anyone on the annual Appalachian Trail hiking trip he organized asked how much further we had to go. One mile would turn into two, then five, as we sweated and grunted and trudged up another rocky hill. I’d grown up hiking the AT, as well as kayaking, canoeing, inner tubing and whitewater rafting on the Delaware River that ran through my hometown. But I quickly learned not to trust the Merk Mile, to rely instead on the meditative momentum of pushing my body forward toward the next white blaze and the rhythmic sound of my boots on the hard dirt ground.

Usually I loved the water too. But that day on the bayou, there just wasn’t enough of it.

Ironically, we’d spent the morning learning that Louisiana has been having the opposite problem for many decades. As a project for my MFA program’s creative nonfiction workshop class, local environmentalist Bob Marshall had carefully explained the crisis facing the Gulf Coast to myself and eight other students, as well as our workshop teacher. Marshall wrangled a dizzying array of facts, figures, images, and interactive maps to impress upon us just how rapidly the shorelines of Louisiana are melting away.

It turns out that the levees along the Mississippi River, constructed to protect cities from hurricane damage, also prevent the overbank flooding necessary for the coastal wetlands to rebuild their soil deposits and keep up with increasing sea levels. Underwater canals, dug deep into the swamps for the purposes of offshore oil drilling, have widened over time and continue to compromise the integrity of the area. Dozens of gas wells and thousands of miles of pipelines further exacerbate the collapsing of the Mississippi Delta. Even with restoration efforts like pumping sediment into some of the most beleaguered places, entire towns have disappeared, with more predicted to go the same way in the years to come.

In a sentence: the water is rising, and the land is sinking.

After my outburst, I looked around. I was still sitting in my little boat, in a line of people working just as hard as me, all of whom seemed to be handling the challenges of the afternoon a lot better than I was. I inhaled, taking a brief internal inventory. Had raising my voice helped me in some way? Galvanized my energy? Permanently dislodged some long-held frustration I could now transcend? Done anything except likely startle everyone within earshot? The answer was no. I wished I’d kept my mouth shut.

While my paddles fought the weeds and my shoulders burned, my brain wrestled with the dark cloud I could feel descending, the familiar sensation of an invisible hand squeezing my heart and clamping down on my chest. Within moments, every insecurity I’d ever felt, every mean thing I’d ever believed about myself came rushing to the surface. They bounced around in my head like playground balls. You’re terrible at controlling your emotions. Bounce. You don’t know how to act like an adult. Bounce. You’re not even a good writer. Bounce. And you’re going to be single forever. Bounce. Why can’t you do anything right? I pictured layers of toxic sludge, like the Bog of Eternal Stench from The Labyrinth, bubbling up within me, coating my insides in thick black slime. It was heavy and gross and it didn’t smell good.

Marshall had told us that after the Mississippi flooded in 1927, Congress declared they needed to “put that monster in a straitjacket.” The monster referred to the river, the straitjacket to the levees built after the flood. I couldn’t help remembering that quote while I rage-paddled my way through the bayou; I felt like the monster that day, immobilized by my own paralyzing self-doubt and our constricting circumstances out on the water.

Someone’s kayak bumped into me from behind, and I realized this was no time to dwell on my perceived inadequacies. I forced myself to breathe slowly. I pushed my body forward, arm over arm. I listened to the wet chop of my paddles as they sliced through the murky water, picking up more alligator weed and shaking it off with each stroke. I thought about the Merk Mile and the Appalachian Trail and the vanishing Gulf Coast, and kept going.

We stopped for lunch on the gently rippling waters of Lake Maurepas. My classmates floated in amiable clusters, comparing mosquito bites and passing around a Tupperware container of peanut butter sandwiches. A few people let their boats drift away from the group, taking a solitary moment to soak up the October sunshine. I found a half-concealed spot in a patch of trees to jump out of my boat and relieve myself, then gratefully ate the sandwich offered me and drank some water from my Nalgene. The pounding in my head began to clear. The invisible fist loosened its grip.

One friend paddled over to ask how I was doing. Another capsized his kayak while swatting at a bee, losing a shoe to the lake but otherwise intact. As we fished around in the water for the things that had fallen out of his boat, I felt the monster in me go quiet. A few minutes later, our guide looked up at the sky and said we should get going if we wanted to beat the thunderstorm that threatened to strike at any moment.

The way back was nowhere near as difficult. Partly because my teacher had kindly traded me his seat in one of the two-person kayaks, affording me the opportunity to pool my physical strength with that of our guide. Partly because the guide was also a friend of mine, with whom I spent the rest of the trip chattering about writing, nature, relationships, and traveling. Maybe the tide on the bayou had gone up a little as well, along with my blood sugar and hydration levels, making everything feel more conquerable and sane.

When thunder crashed overhead and a sudden downpour drenched our group for five or ten minutes, I didn’t mind. It seemed magical, transformative. The colors of the bayou shone more vibrantly after that too: brilliant yellow flowers, the dappled browns of gnarly tree trunks, iridescent dragonflies hovering over green lily pads. A baby alligator skimmed the surface of the water. An eagle watched us from its nest high above. This was a fascinating ecosystem, an integral part of a state I was growing to love. I hoped the land restoration efforts Marshall had spoken about continued to work, though I knew they would never be able to compensate for what had been lost.

On the drive back to New Orleans, the car I was riding in passed the rest area we’d stopped at on the way to the bayou. “We were so young then,” I joked. The laughter that followed was tinged with relief, and a tenor of collective humility. I could tell from the faces of the other passengers that they’d all been through something that day. Everyone looked a little wiser somehow.

A month later, when I searched the internet for the 1927 Congress quote of the “monster in a straitjacket” to include in this piece, I couldn’t find it anywhere. Perhaps I heard it incorrectly, or wrote it down wrong; perhaps Marshall misspoke, or remembered it differently than it had been said. It didn’t really matter, though. Whatever had happened on the bayou would take me a while to process and untangle, but in the meantime I’d feel thankful for this hardworking group of writers, the bizarre beauty of the wetlands, and a day full of uncomfortable realities. And only a little embarrassed.

Betsy Housten is a Jersey-born, Brooklyn-bred queer writer and massage therapist who moved to New Orleans to pursue her MFA in poetry. Her writing appears at the Academy of American Poets and many other places in print and online. Her work has been nominated for a Pushcart Prize, Best New Poets, and Best of the Net. Find her at betsyhoustenwrites.com.