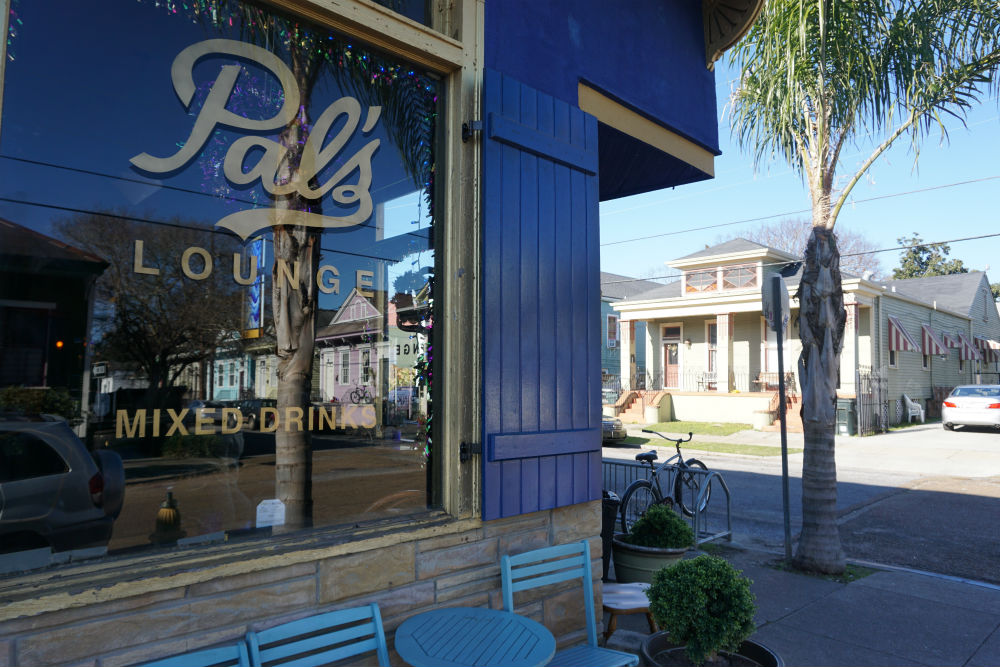 Everyone needs a good neighborhood bar to call their own. Suzanne Accorsi just so happens to have three.

As the owner of Martine’s Lounge in Metairie, co-owner of Tavolino Pizza & Lounge in Algiers Point, and proprietor of Pal’s Lounge in Mid-City, Accorsi knows just what a friendly watering hole can mean to those who live nearby. “You give it your identity as a neighborhood place, and people feel like they’re a part of your family,” she says. “They will just continue to come in and support you.”

A refreshing cocktail can feel absolutely essential in the soupy heat of New Orleans’ summer months, and Accorsi’s establishments rise to the challenge each year with a myriad of specialty drinks like the rosé lavender lemonade and watermelon mojito— that contains fresh watermelon puree— both featured at Pal’s. “A good summer cocktail, for me personally, involves some sort of fruity [or] citrus thing happening and a float of club soda or sparkling wine,” Accorsi says. “Because it’s refreshing and light— and yummy.” She adds that a good margarita will do the trick as well.

While bar-culture may seem awash in cocktails now, the revival is still fairly recent. It wasn’t until 2004 that Accorsi introduced a specialty cocktail menu to Pal’s. “You just really didn’t have [them] that much. It was just highballs and beers and wine,” she says. “It’s funny to look at [the first one] now because it’s pretty basic and small and kind of standard. Now we have all these crazy ingredients.”

“You see something now and go oh, wow, I could make something really great with this ingredient! It’s really just imagination, learning, and crafting.”

Acorrsi grew up in San Diego, and her first experience in the service industry was in Orange County as a cocktail waitress while going back to school in the late 1980s. She enjoyed the experience and work but always felt a desire to be behind the bar. “Bartending was kind of a man’s game at that point in time so I had to beg and beg at this one restaurant where I worked until they finally let me bartend,” she says. “They trained me up real well and the rest, as they say, is history.”

After several years of travelling and co-owning a restaurant in San Francisco, Accorsi came to New Orleans to bar-sit for her friend Linda Novak, who was a co-owner of Matador’s and Pal’s Lounges. It was upon Novak’s return that Accorsi decided to buy out one of Pal’s other co-owners and become a partner at the bar. Since then, she’s expanded into two other locations with Martine’s on Metairie Road and Tavolino Pizza, which she started with her husband Dave Porretto, who provided the pizza recipe, and Hillary Hanning, a former bartender and manager at Mondo.

While there are plenty of “high concept” bars around the country touting well-lit, mid-century modern aesthetics, Accorsi and her partners find inspiration in the decades-old neighborhood bars you find all across New Orleans. “My concept, if anything, is just always neighborhood. If you create an environment that people want to come to and they’re comfortable with you— and you have good drinks and food— you have good times, “ she says. “ They’re going to come back.”

Finding just what exactly makes a dive bar a dive is a bit trickier. “It’s more a feeling than a concept I guess,” muses Accorsi. “It’s like how they used to put petroleum jelly on the lenses of movie cameras— that’s how I think about the definition of a dive bar. It’s got a bit of film on it that makes it softer and just a little bit out of focus.”

“It’s not too shiny and it’s not in your face. Everything is not 100 percent— yeah, it’s imperfectly perfect,” she says.