What: Reel to Real: The Louis Armstrong Collages

Where: The New Orleans Jazz Museum at The Old U.S. Mint

Cost: $6 for adults; $5 for students, seniors, and active military; free for children under 6 (cost is for entrance to entire museum)

How utterly delighted I was to find Satchmo’s clipping-covered tape reel boxes at the New Orleans Jazz Museum on the 2nd floor of The Old U.S. Mint. I’ve long admired Armstrong’s collages from afar, and I was positive I missed them when they were on display during Prospect.4. Little did I know they’re still here until early August! You must check out this exhibition if you haven’t already—the photos, newspaper clippings, and bits of greeting cards decorating each of the collages provide a rich look into the thought process of one of New Orleans’ most fascinating figures. Just in case you needed more reason to go, here’s five bits about Armstrong’s collages:

1. Incredibly, Louis Armstrong’s collages have never been exhibited in New Orleans before. The 28 reel-to-reel boxes on display at the New Orleans Jazz Museum are on loan from the Louis Armstrong House Museum in Queens, NY, where Louis and his wife, Lucille, lived for decades.

2. The collection of boxes on display at the New Orleans Jazz Museum are just 28 of 500 similar pieces, including scrapbooks and other ephemera, stored at the Queens museum. Armstrong often collaged on tour, to beat the boredom in-between performances.

3. As noted in an Advocate article, Louis Armstrong collaged to tell a story: “My hobbie [sic] is to pick out the different things during what ever I read and piece them together and make a little story of my own,” he wrote in 1953. 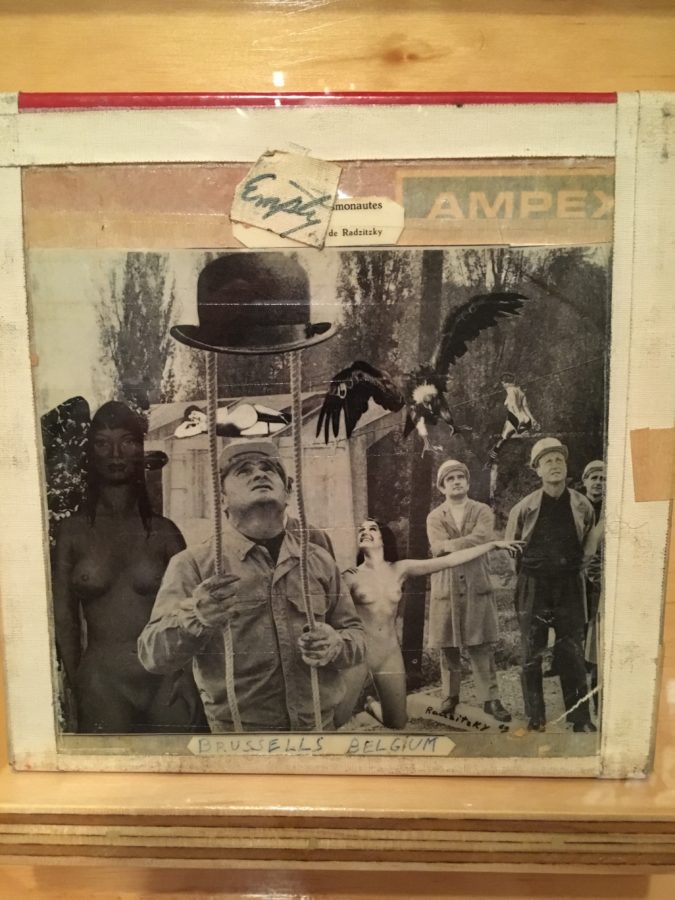 4. Satchmo often gave his artwork to friends and family, writing in 1953: “Of course it’s not an awful lot to send a person…but sometimes the spirit of the thing can mean to[o] much.” With their cut-out images of celebrities, friends, and the artist himself, witty and sentimental one-liners, even packets of his beloved Swiss-Kriss, the boxes are indeed practically bursting out of their museum display boxes with spirit, character, and aliveness.

5. Armstrong also collaged the wall of his Queens workspace—there’s a photo of him in front of it on display at the New Orleans Jazz Museum exhibit, too—bringing his whimsical, nostalgic, and loving world to life all around him as he carried on his work as one of New Orleans’ most influential sons.

New Orleans: Between Heaven and Hell at the Historic New Orleans Collection
Exhibitions
We use cookies to ensure that we give you the best experience on our website. If you continue to use this site we will assume that you are happy with it.Ok